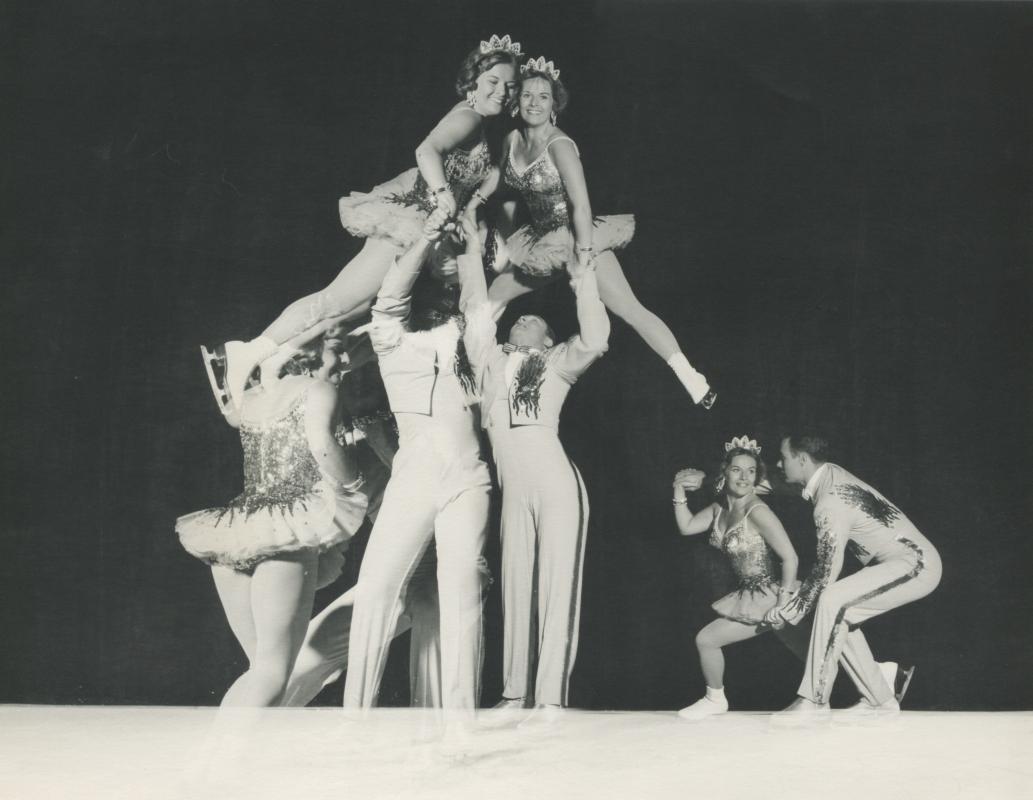 Caption information and photographer’s stamp, verso. Bradley Smith (1910-1997) was born in New Orleans. In his early career he worked for several Southern newspapers and later became nationally known for his photographs of sharecroppers. During the depths of the Depression, he came north and worked for several magazines in New York City, becoming one of the founders of ASMP (American Society of Media Photographers). In subsequent years, Smith wrote and illustrated 23 books, including the popular “A History in Art” series. He photographed freelance for the Ice Capades for many years.