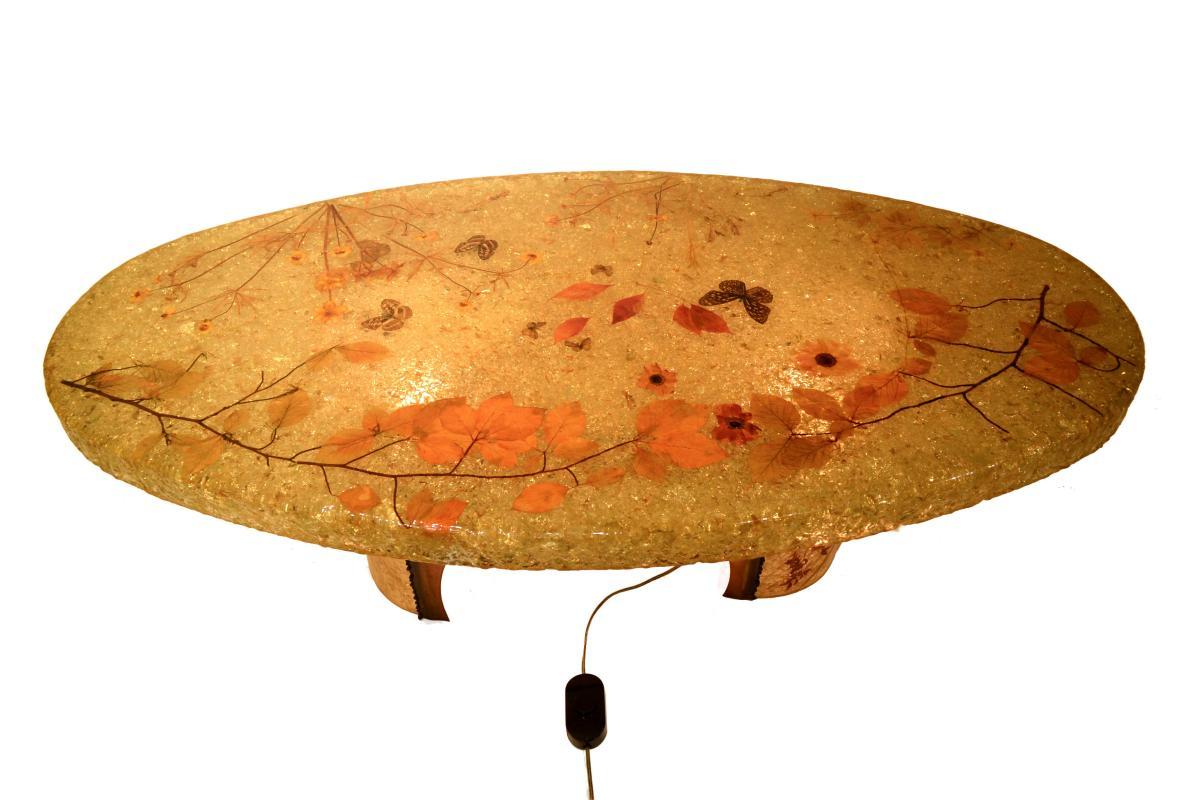 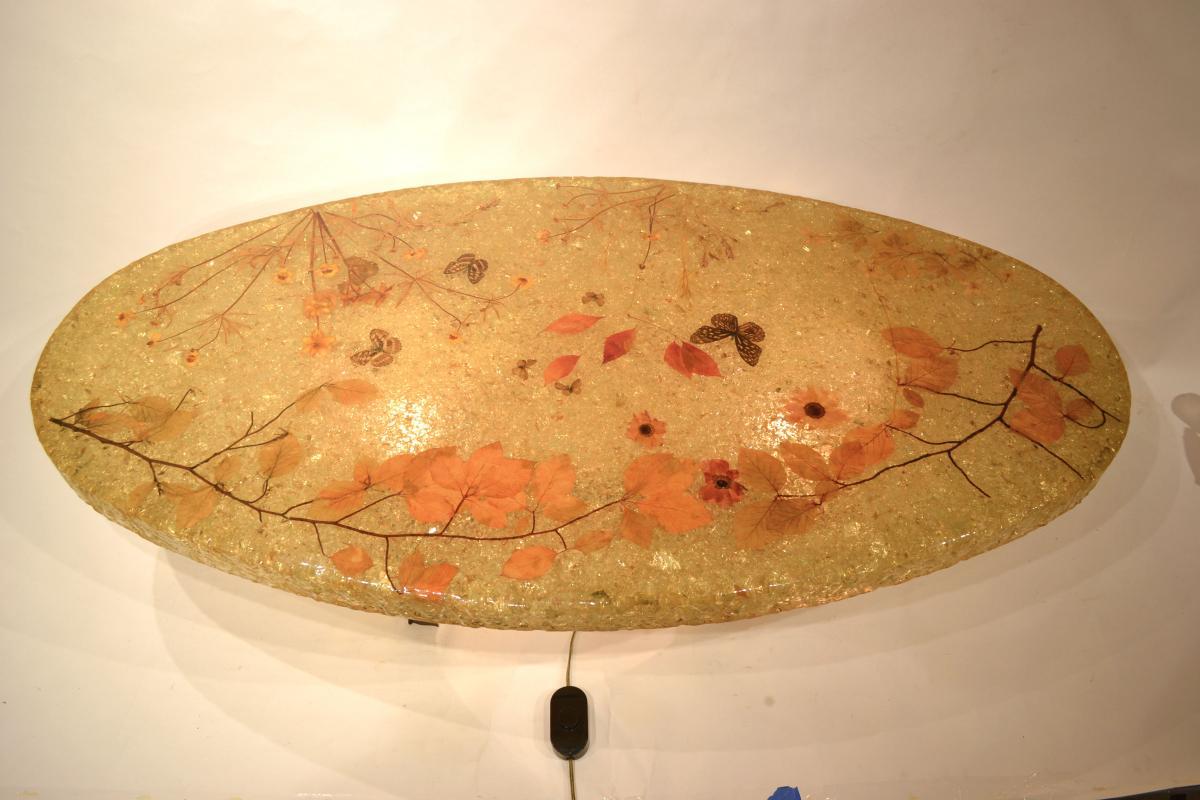 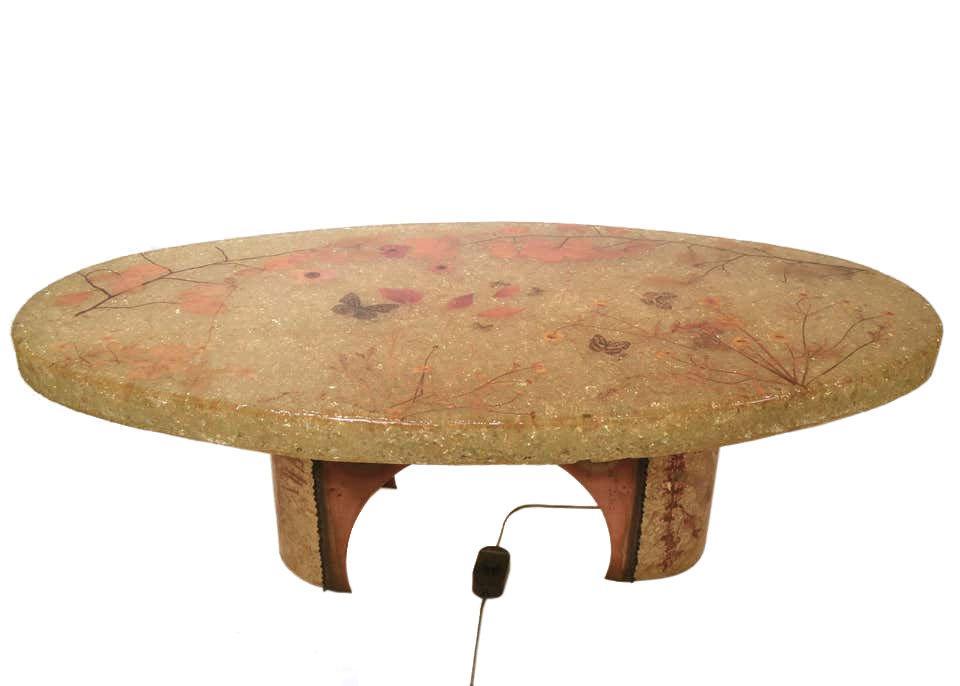 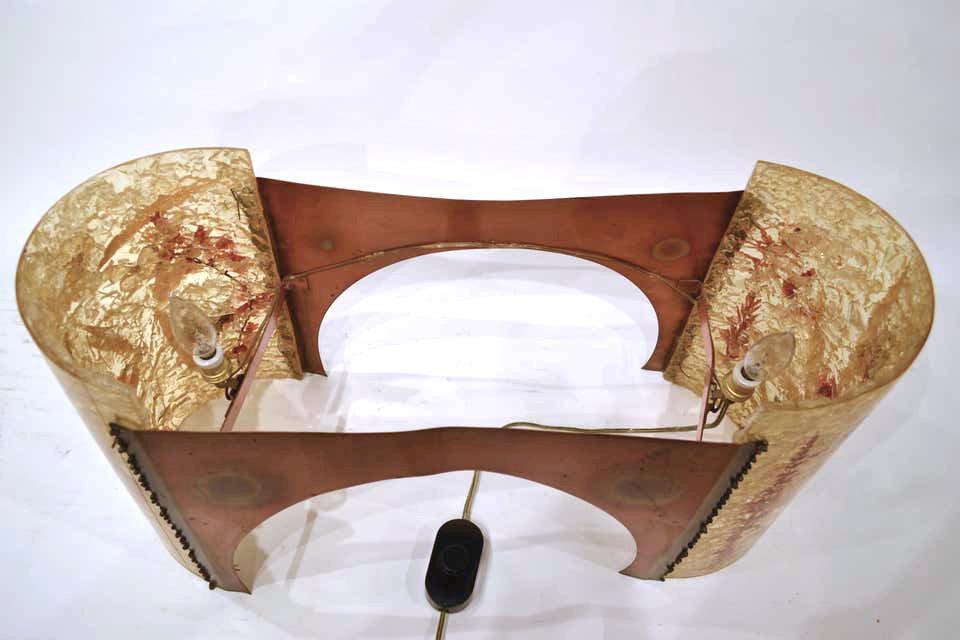 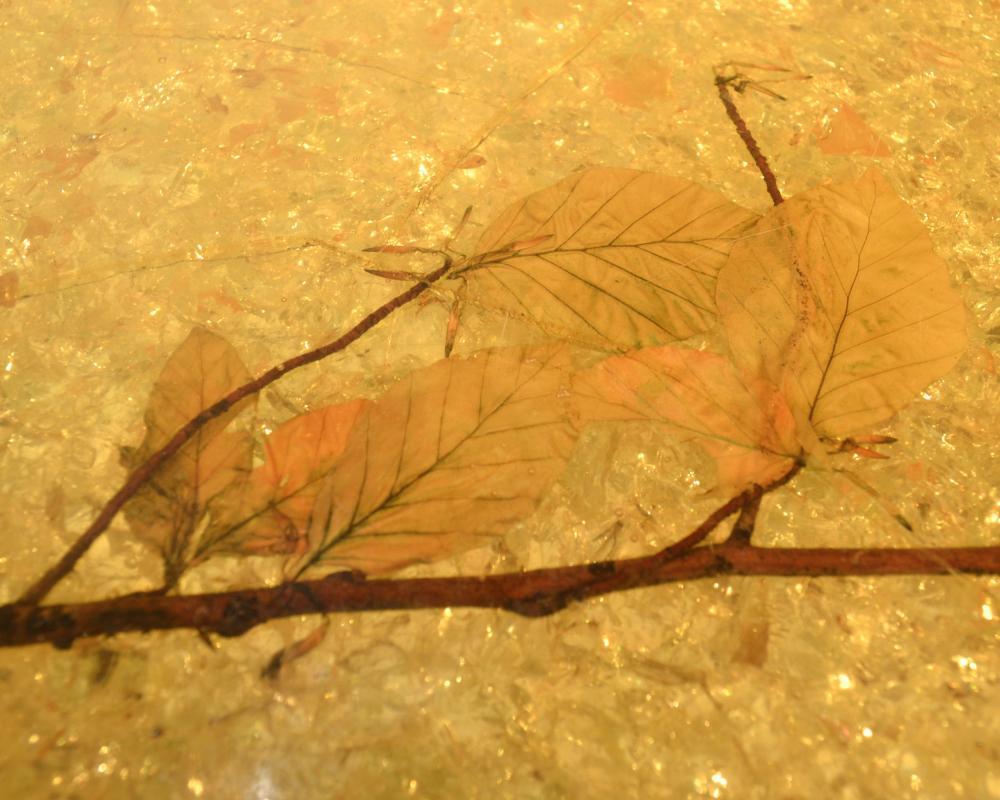 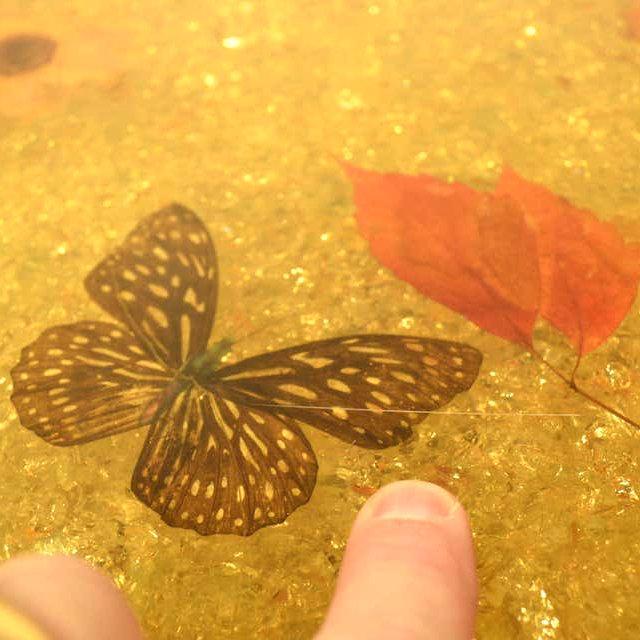 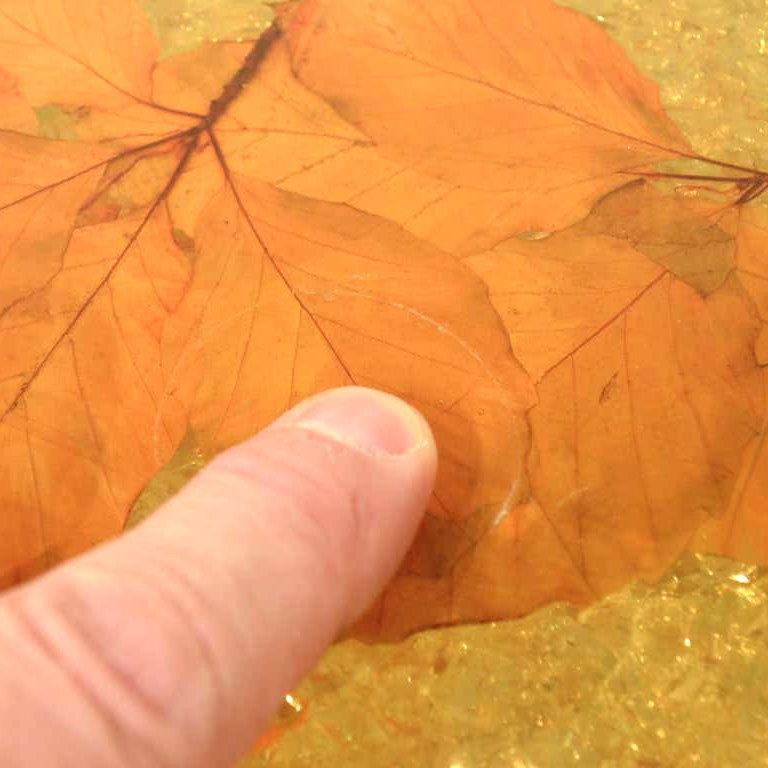 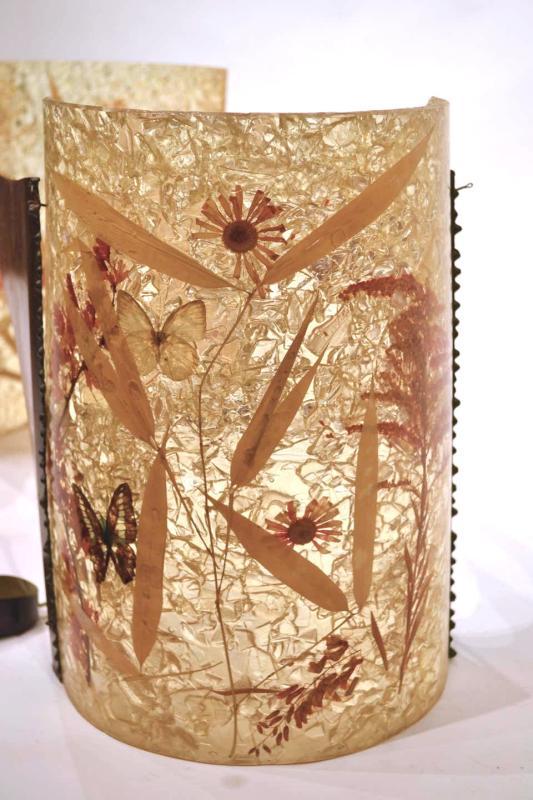 The table top rests on a base crafted from curved resin panels at the ends, connected with a skirt of copper and internal framework of steel, and with two working sockets and its original on/off button. Wired for use in the U.S. and in good working order.

Overall condition is very good. There are a few noticeable scratches and a small circular mark, plus a few chips to the resin at the base of the sides.

Accolay is a very small commune in the Yonne department in the Bourgogne-Franche-Comté region in north-central France, known for its small pottery made famous by Christian Dior.  It was founded in the 1940s by four artists: André Boutaud, Louis Dangon, Slavic Paley and Raude. The factory flourished in the 1950s and 1960s, and it was during this period they experimented with pottery infused with resin, and then went on to design and produce resin-only objects of great beauty, including lamps and tables.