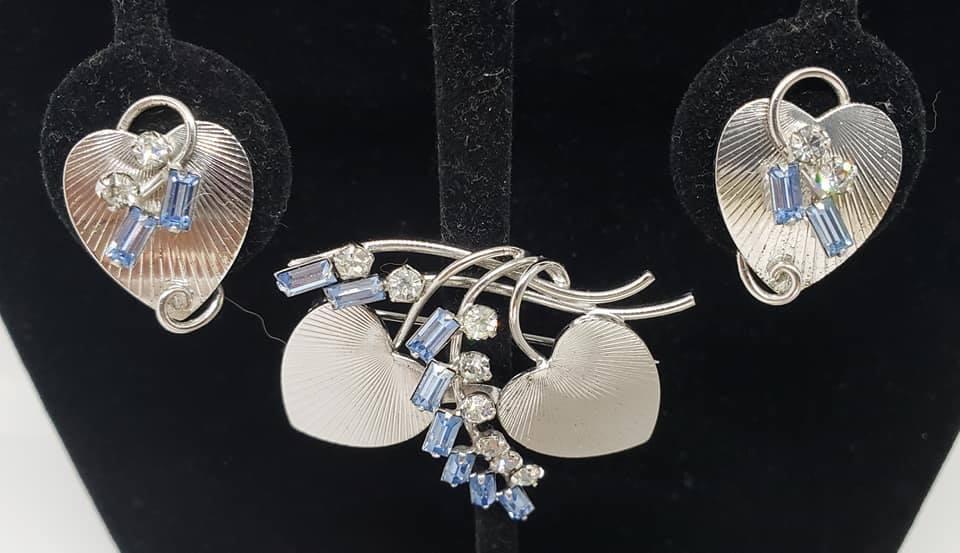 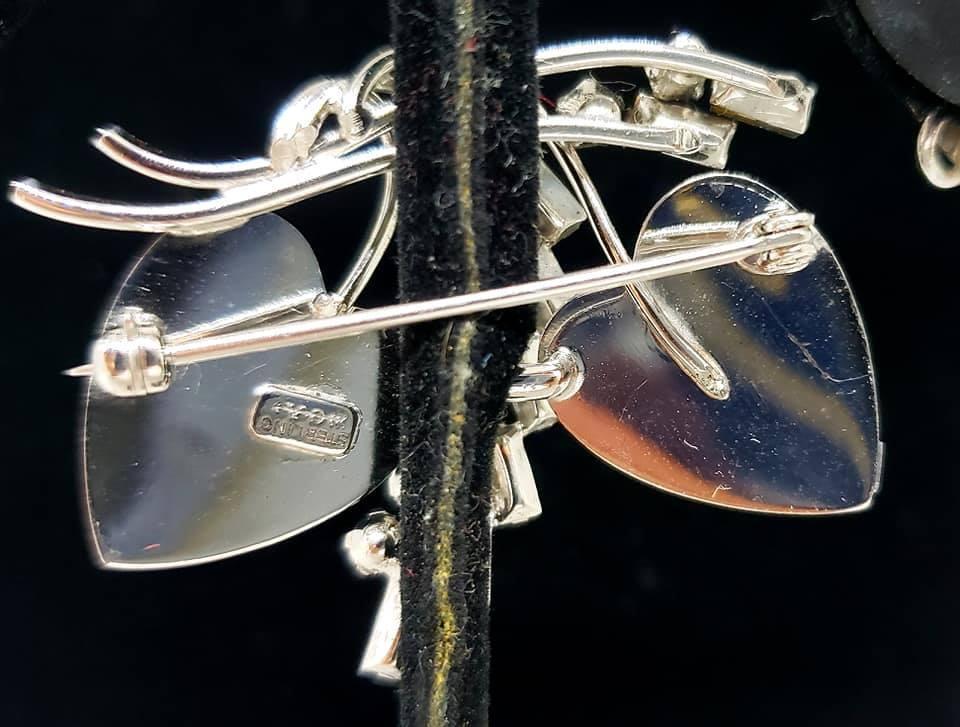 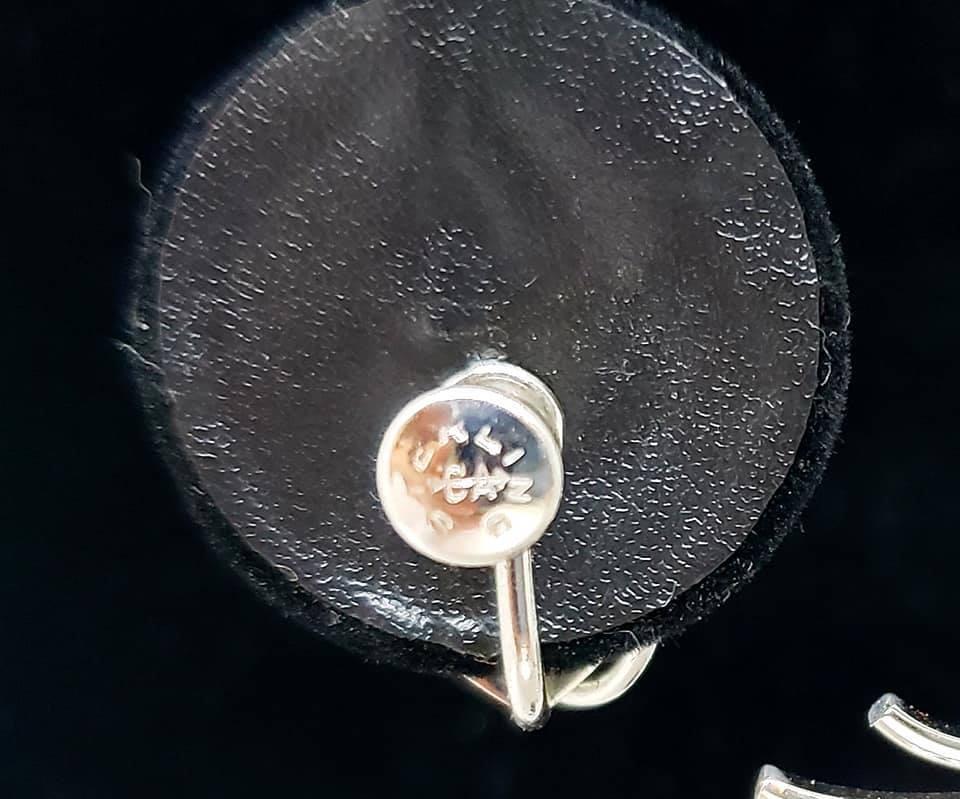 Beautiful sterling brooch and matching screwback earrings with hearts, and blue and clear rhinestones.  Signed CA with a right arrow through it, designating Carl Art.

The Carl Art company, owned by Carl Schraysshuen, a German immigrant, and American businessman Arthur Loercher, was founded in 1936 in Providence, Rhode Island.   Carl had previously been employed by the Speidel Company and is reported to be responsible for creating the twist-o-flex watch band.  The Carl Art Company manufactured gold, gold-filled, and sterling silver jewelry from their building in the center of the jewelry district in Providence until 1976.

Carl Art, Inc. made jewelry to sell under its own name and also produced jewelry for other companies, such as Walter Lampl, A&Z, and Bliss Borthers.  Walter Lampl used Carl Art’s flower design frequently in his jewelry.  Carl Schraysshuen  designed  42 jewelry patents, many of which are flowing floral creations.  All of the Carl Art patents expired by 1992.

In 1953 Schraysshuen died and his half of the company was sold.  Then in 1981 Carl Art, Inc. merged with Vargas Manufacturing, and then became part of the Uncas Company in 1996. The Carl Art hallmark is a CA with an arrow struck through the center, and the jewelry is timeless in design. (5/5/22)