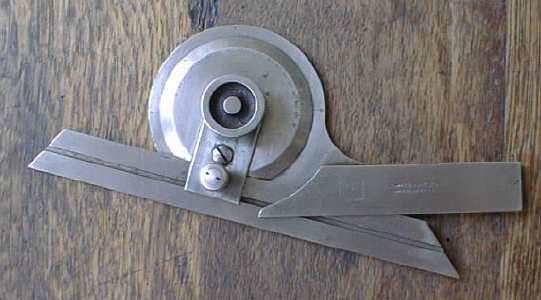 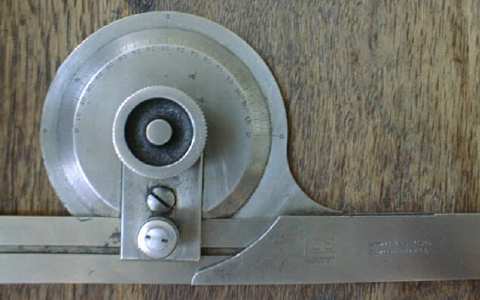 This is a very early bevel protractor marked "BROWN & SHARPE MFG. Providence R.I.U.S.A." and also has the LBS logo. It has the 6" Blade. One similar to this one is listed in the 1924 B&S catalog, but this is an earlier one, as the 1924 model has the number 493 marked on it. This one is in good used condition with a few small dings and a few tiny stains, but I feel it is still a very good example of a early Brown & Sharpe designed tool, and a good collector tool as well, as the overall condition is very good considering it's age. The lines and numbers were rather small on this tool, so they were hard to capture in the photo, but I noticed the photographer in the 1924 catalog had the same problem. They are actually in pretty nice shape on this tool. They did increase the size of the numbers slightly in the years that followed.