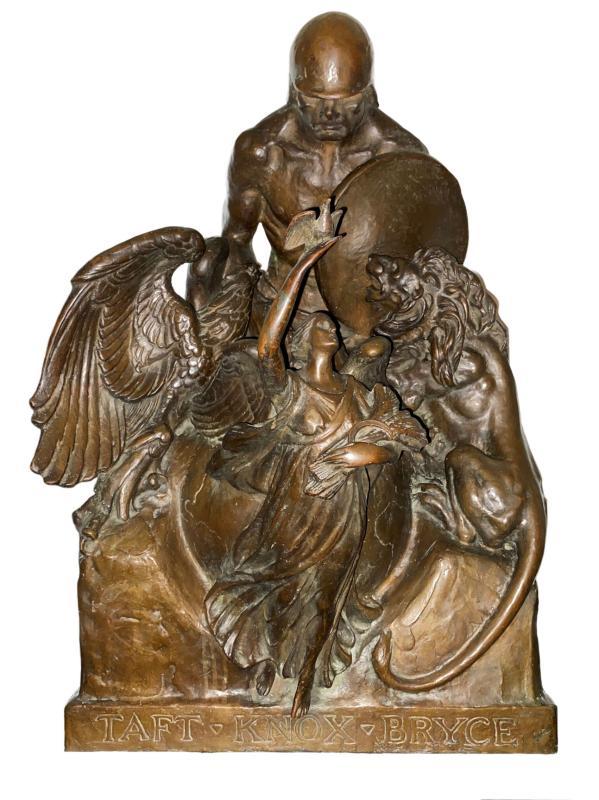 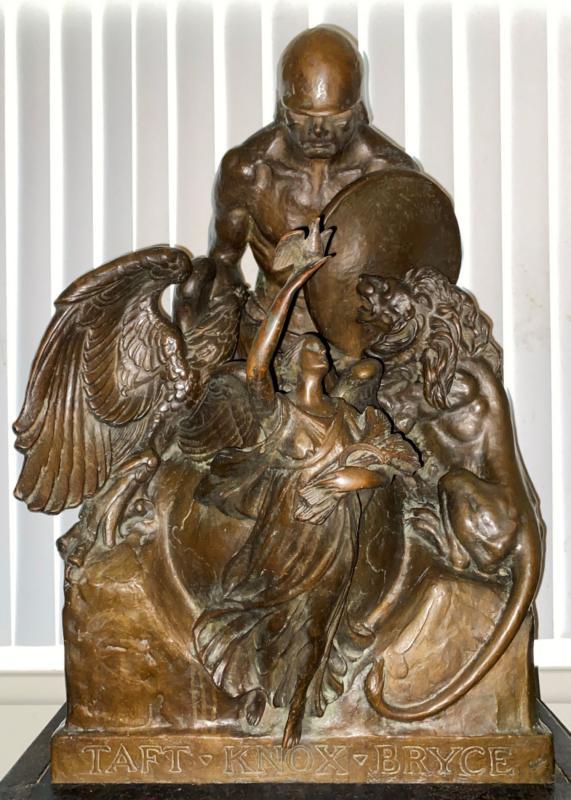 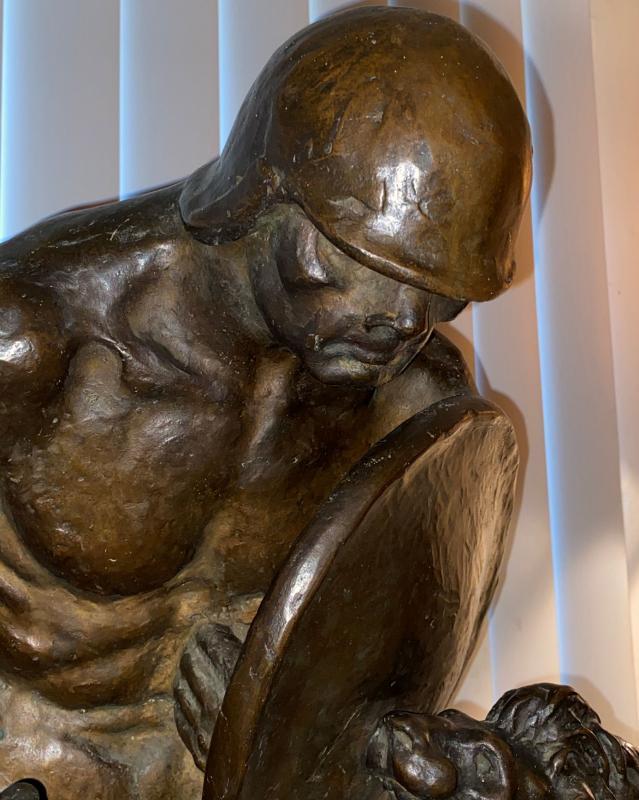 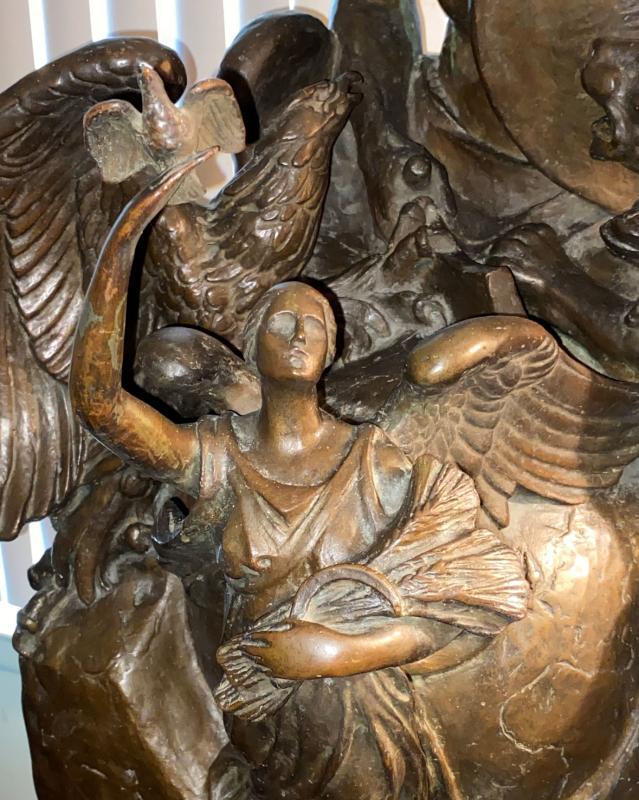 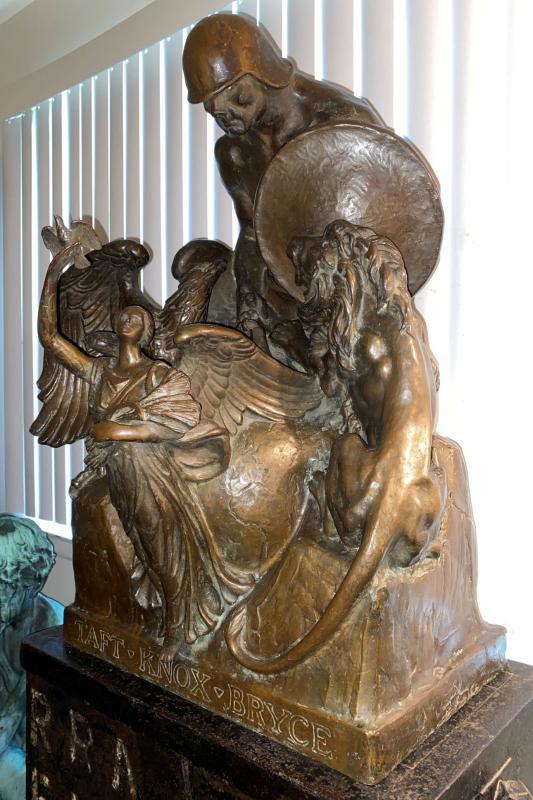 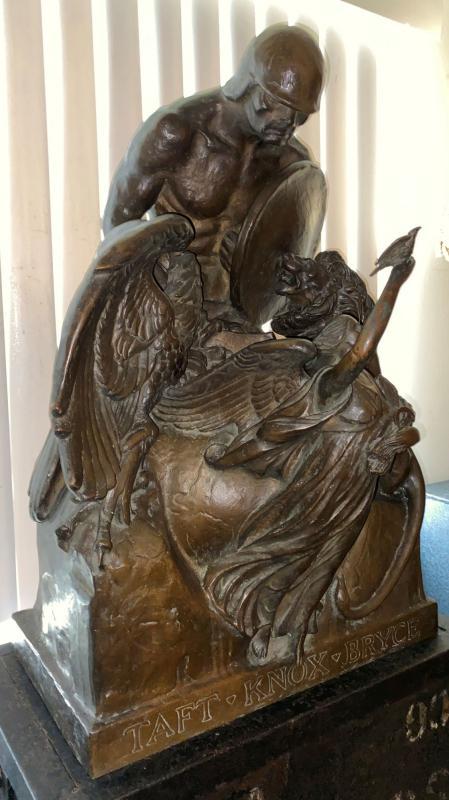 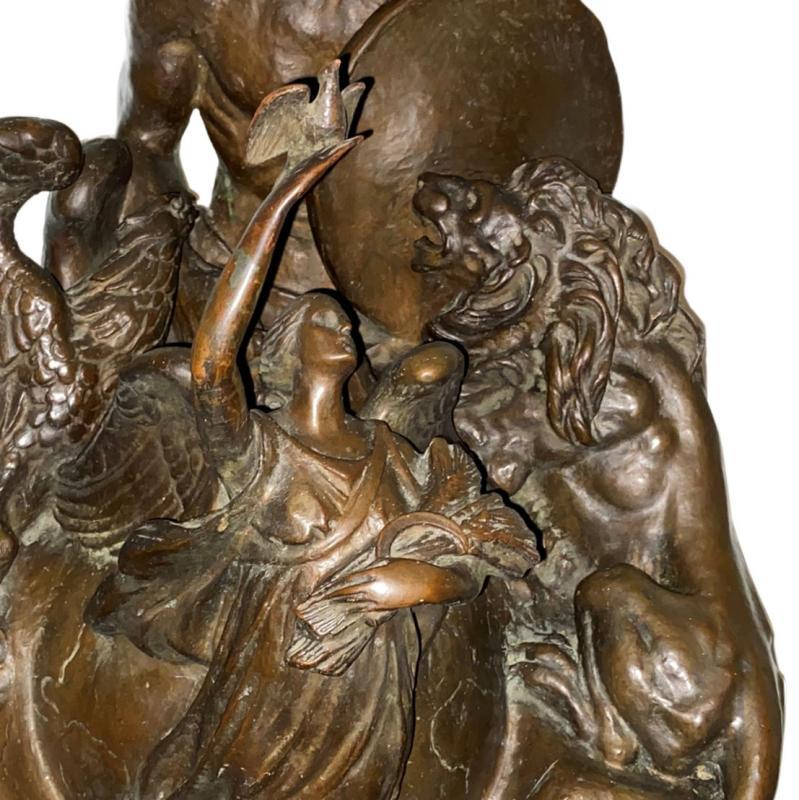 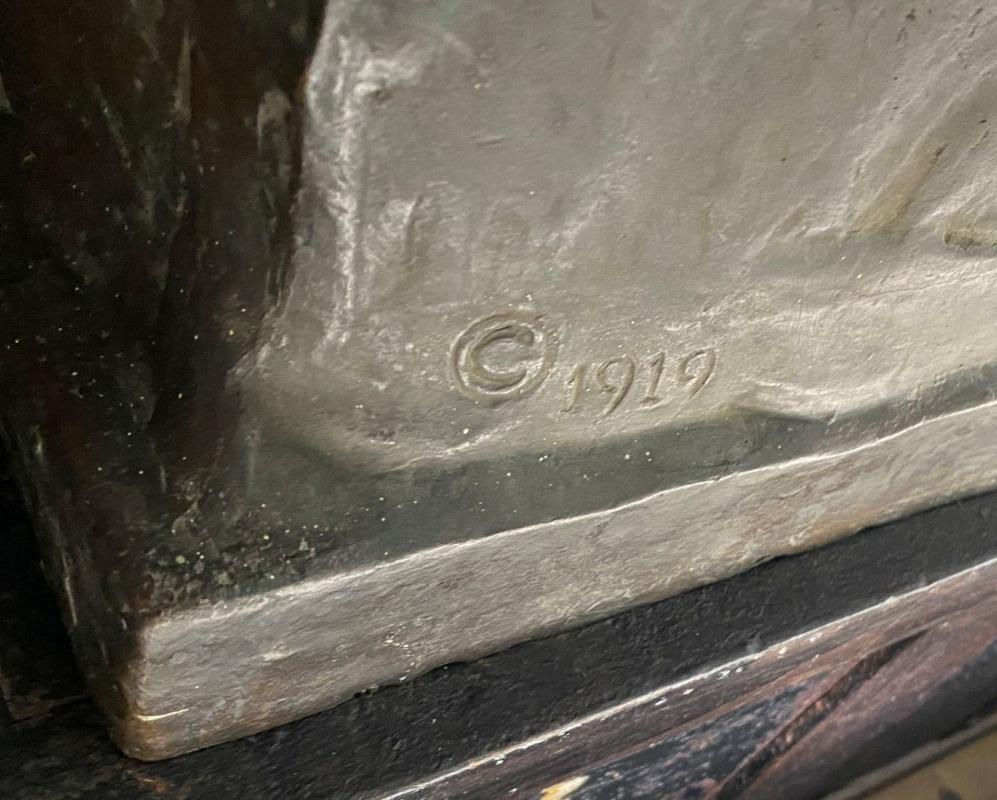 Our magnificent bronze sculpture, apparently unsigned, but inscribed with a copyright mark and the year, 1919, depicts a massive warrior (representing Germany) attempting to cleave the globe in half with a sword, restrained by a bald eagle (representing the United States) and lion (representing England) as the classically robed figure of Peace releases a dove.  Inscribed in the frieze are the names TAFT KNOX BRYCE.  30.5 by 20 by 12.5 inches.

This work celebrates the work of William Howard Taft, American President 1909-1913, his Secretary of State, Philander Chase Knox (1853-1921) and the British diplomat, Viscount James Bryce (1838-1922), who together crafted the Taft Arbitration Treaties of 1911 which were designed to limit aggression in Europe and provide the means to resolve disputes and reduce the risk of war.