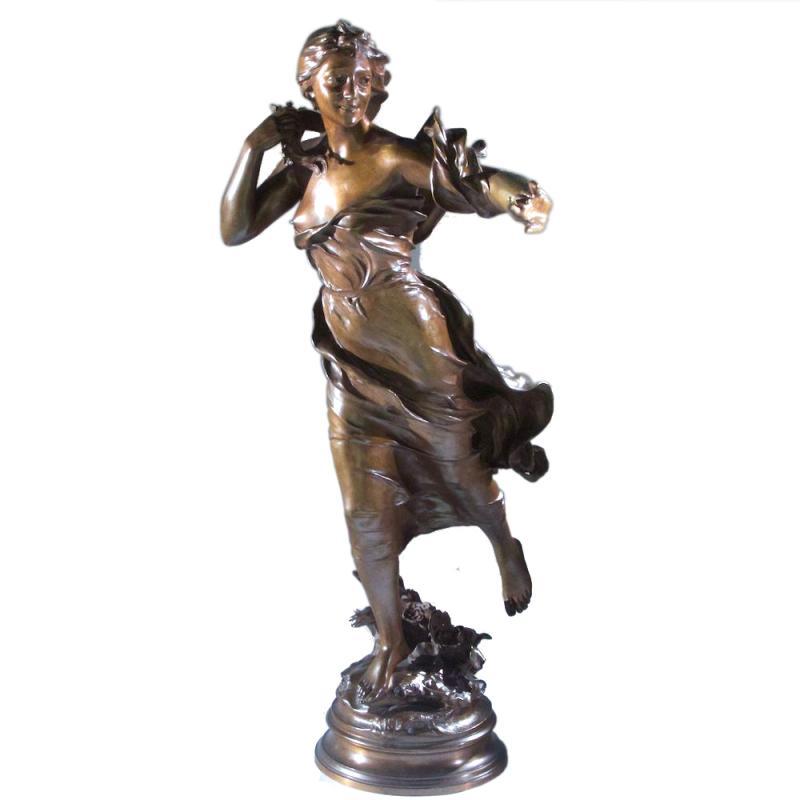 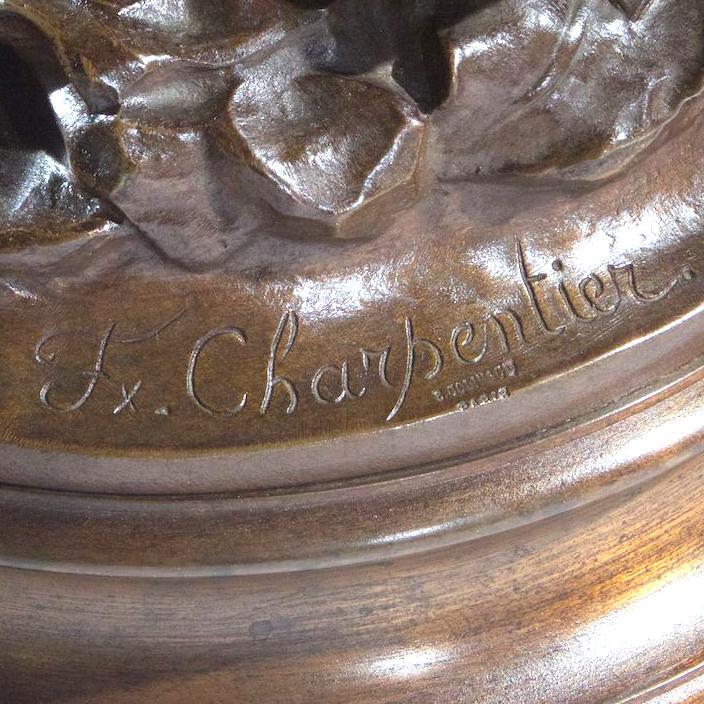 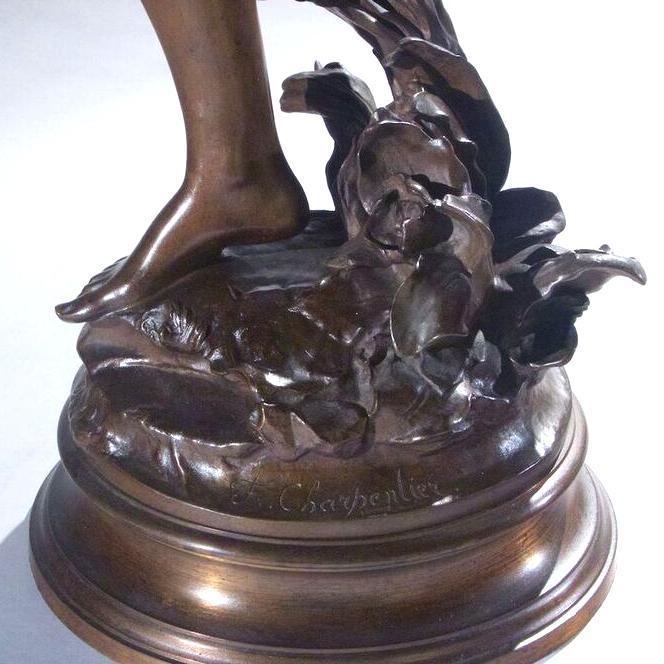 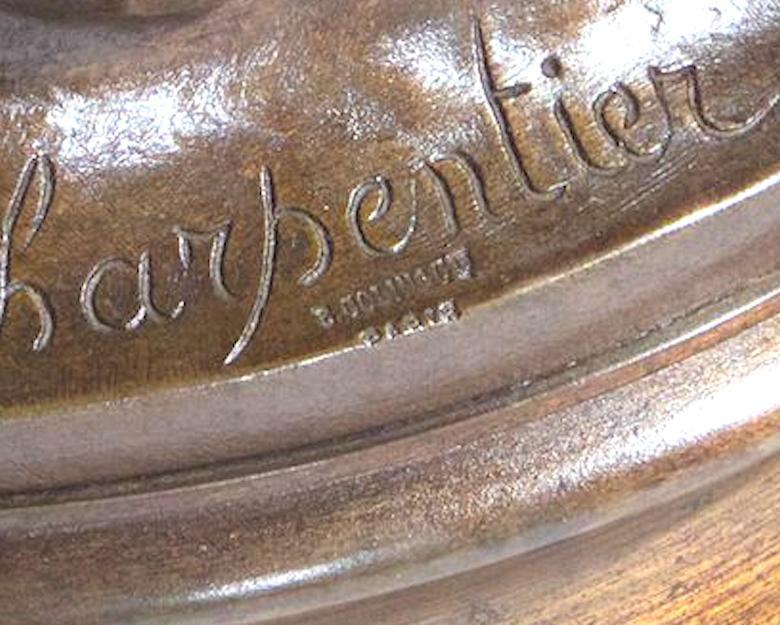 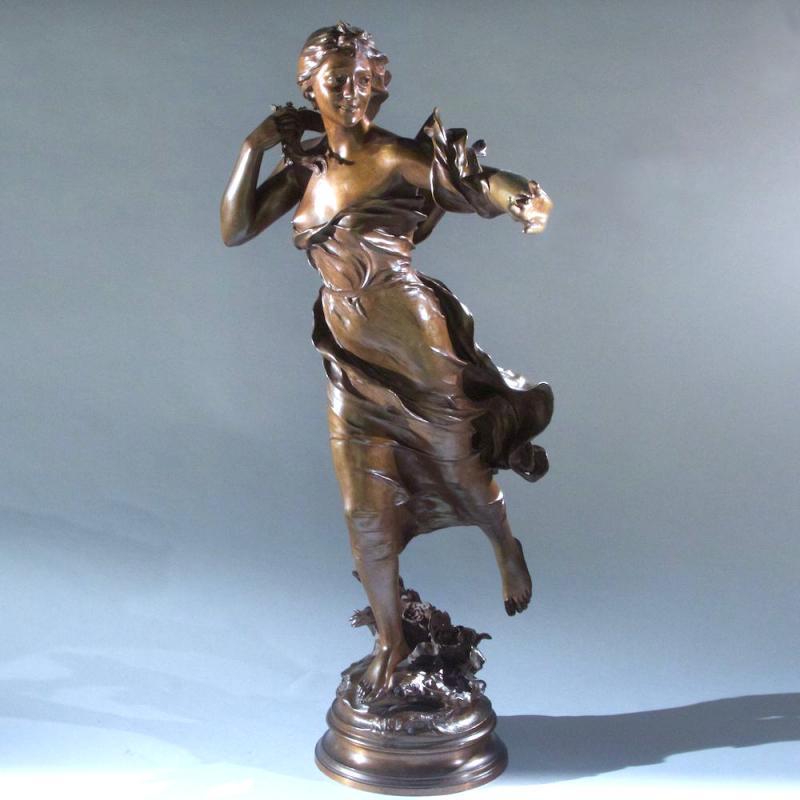 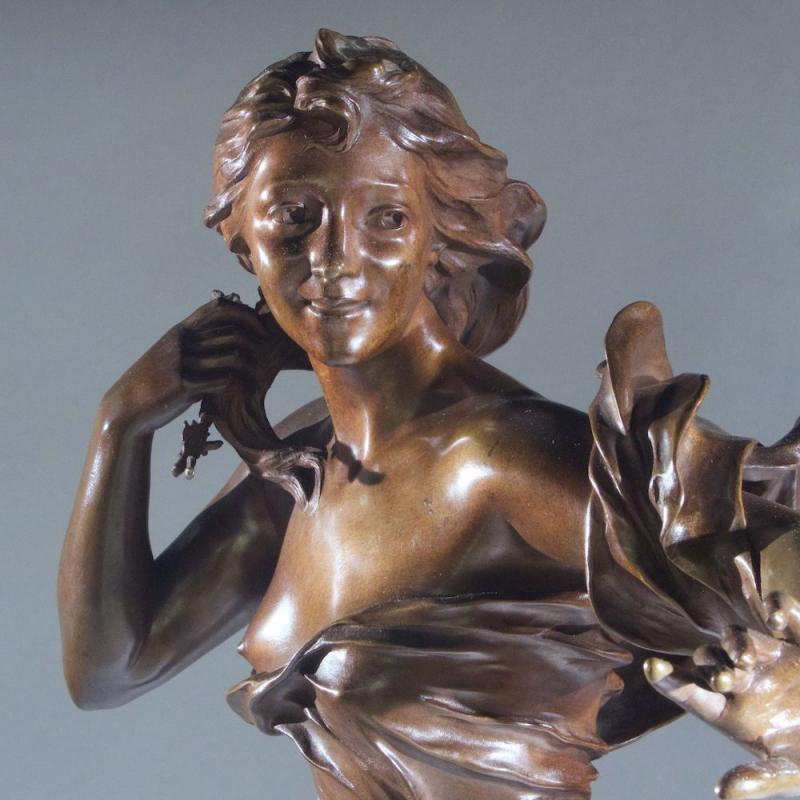 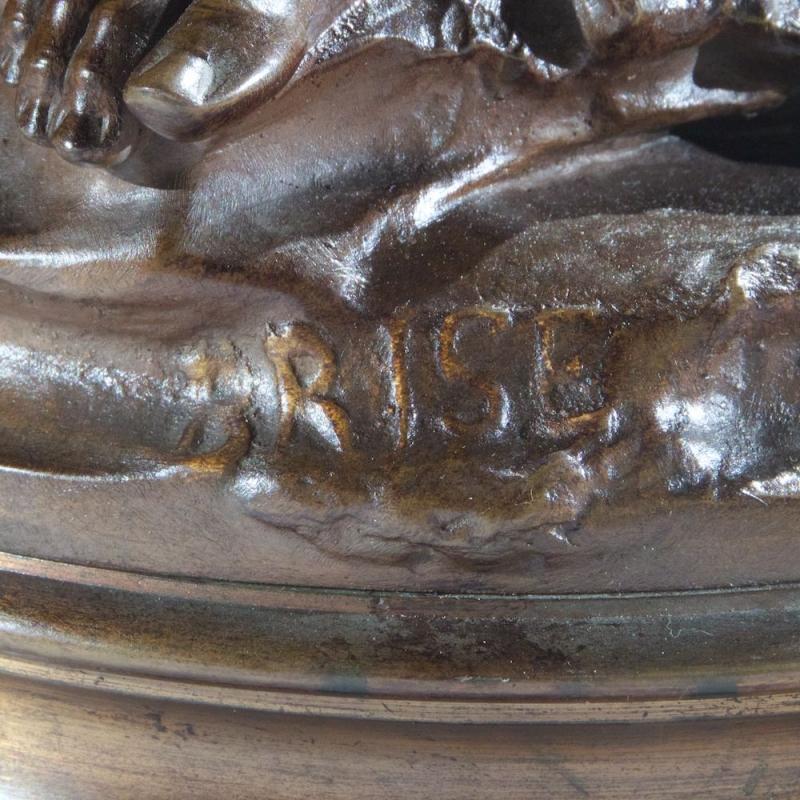 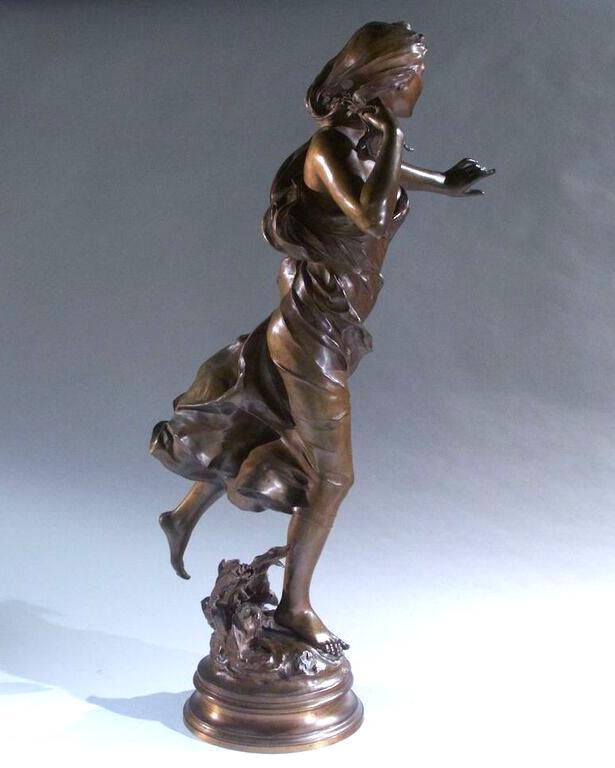 Our large sculpture by Felix Charpentier (1858-1924), entitled Brise, was exceptionally cast in Paris by Emile Colin et Cie, sometime after 1882.

Félix Charpentier was born in Bollène in Vaucluse, and enrolled at the age of 16 at the École des Beaux-Arts in Avignon where he studied under Armand.  In 1877 he enrolled at the École Nationale des Beaux-Arts de Paris and worked in the studios of Pierre-Jules Cavelier and Amédée Doublemard. He exhibited annually at the Paris salon and won various awards throughout his career.  In 1888 he had married his model, Léa Lucas and they had a daughter called Francine.  In 1892 he was awarded the title of Chevalier of the Légion of Honour.  In 1900 he was elected mayor of Chassant in Eure-et-Loir. During his life he received commissions for a number of public monuments and after the Great War he was chosen as the sculptor of various war memorials, including in Rhone, Eure-et-Loir, Chassant, Gard, Brou and among others.