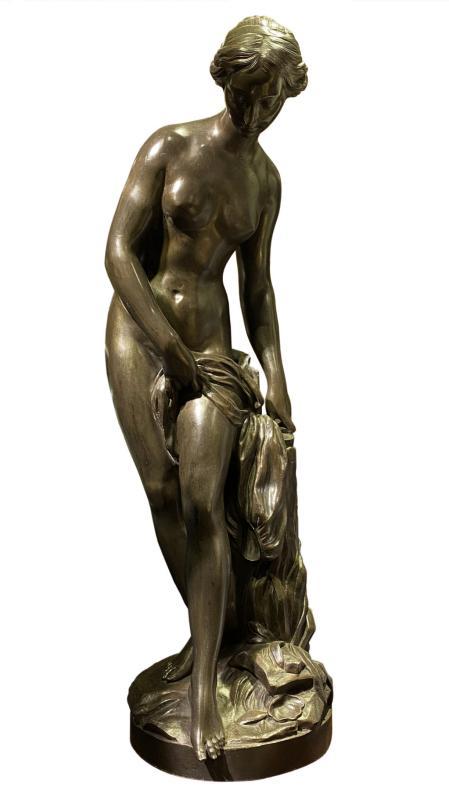 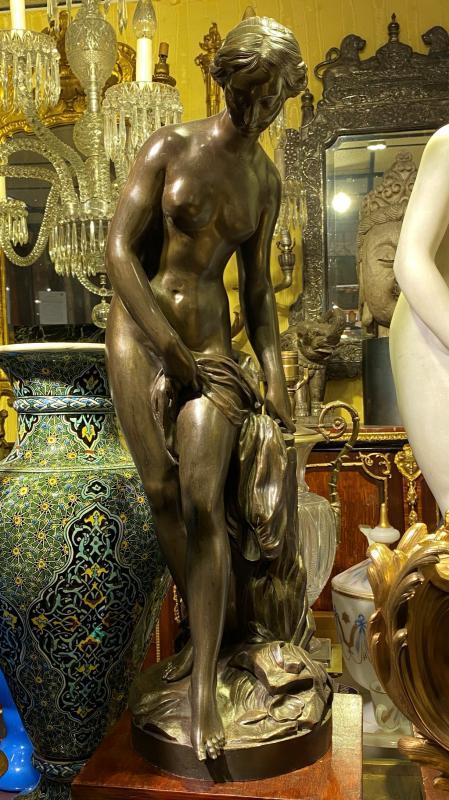 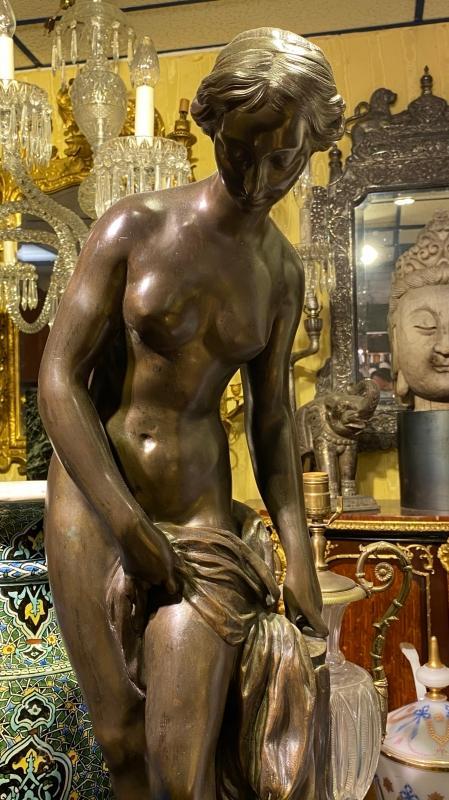 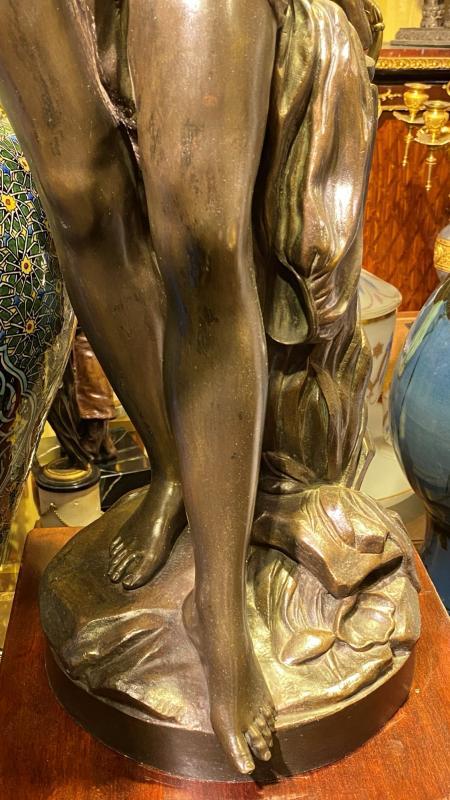 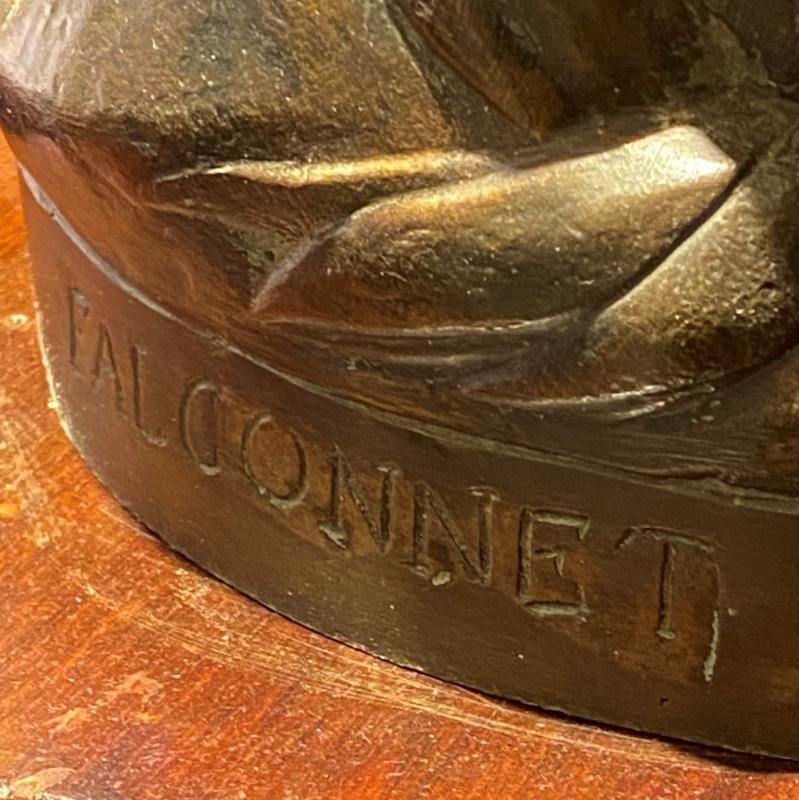 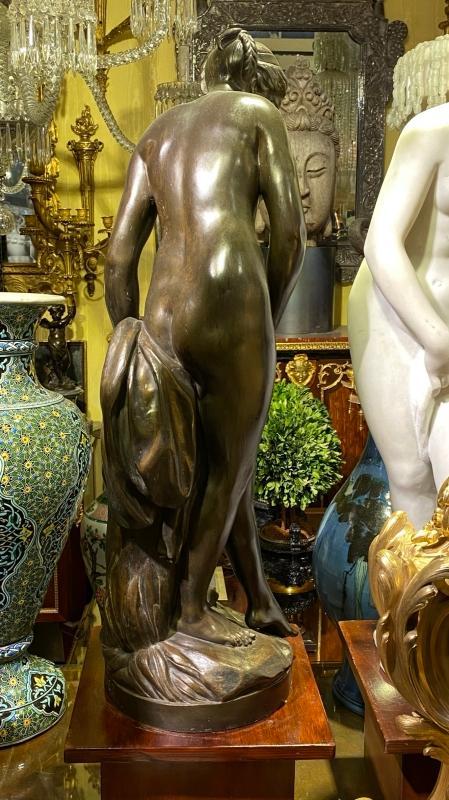 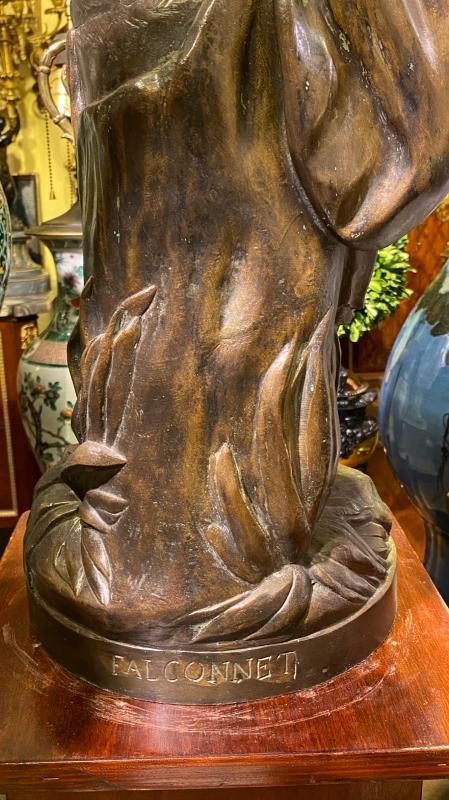 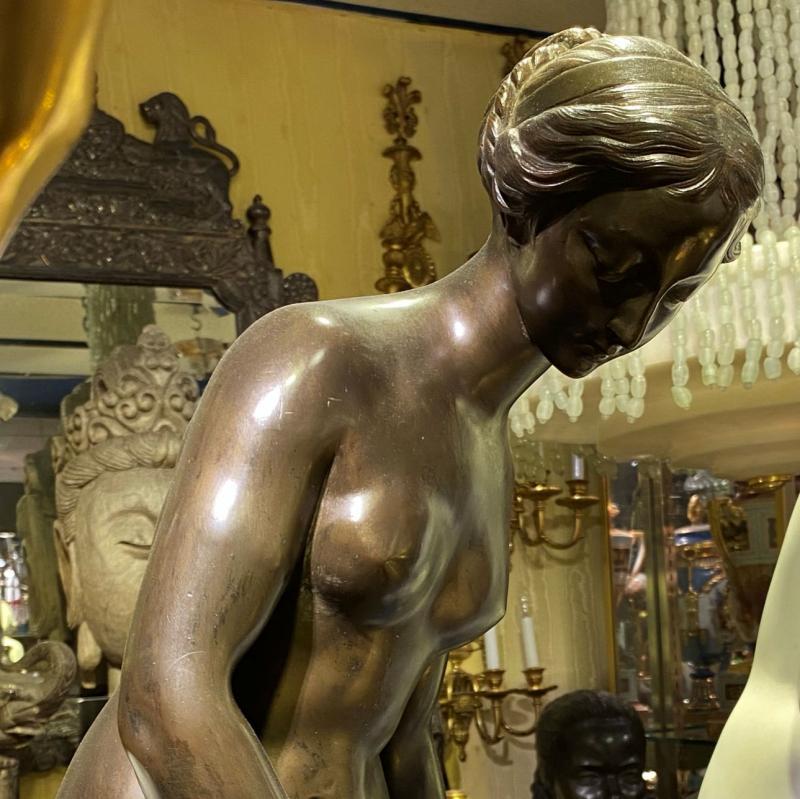 Our patinated bronze figure of The Bather After Etienne Maurice Falconet (1716-1791) dates from the late 19th to early 20th century and is in good condition.  Signed FALCONNET with no apparent foundry mark.  Measures 22 by 9 by 9 inches.

The artist was a leading sculptor of the Rococo period and worked in marble, porcelain and bronze, and his works were reproduced throughout the nineteenth century.  Falconet’s well-known patron, Mademoiselle de Pompadour, placed him among the artists of his day, and he regularly showed at Parisian salons.  An apprentice of Jean Baptiste Lemoyne the Younger, he quickly gained prominence among artistic and bourgeois circles for his delicate portrayals of soft, infantile features and his strong observational prowess, allowing him to achieve remarkable likeness and liveliness.  He was father of the admired portrait painter, Pierre Etienne Falconet.