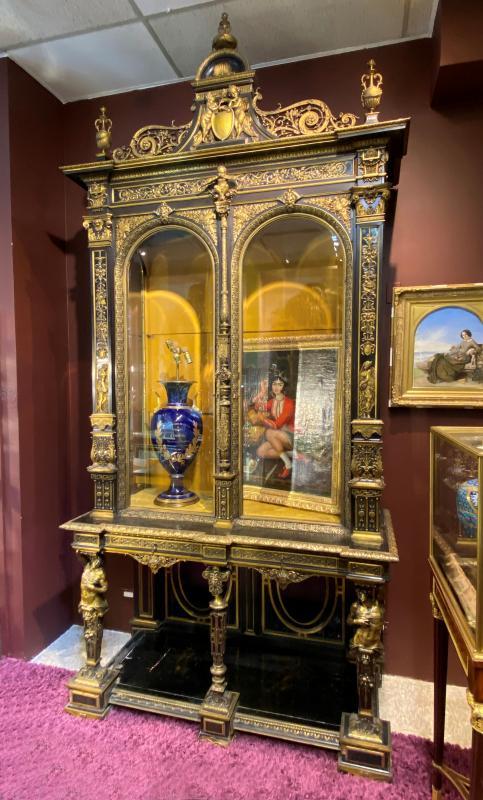 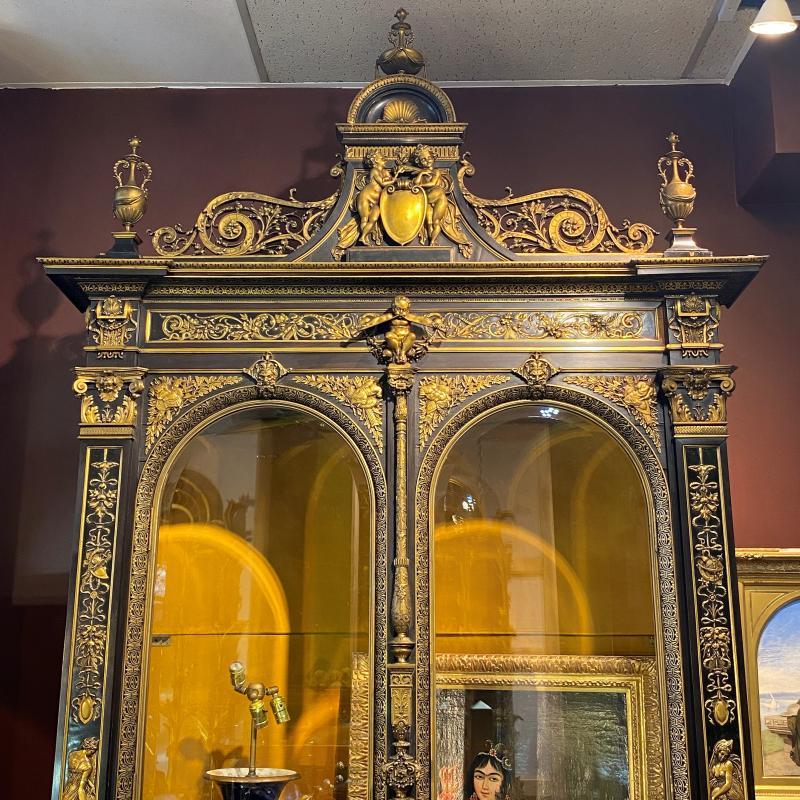 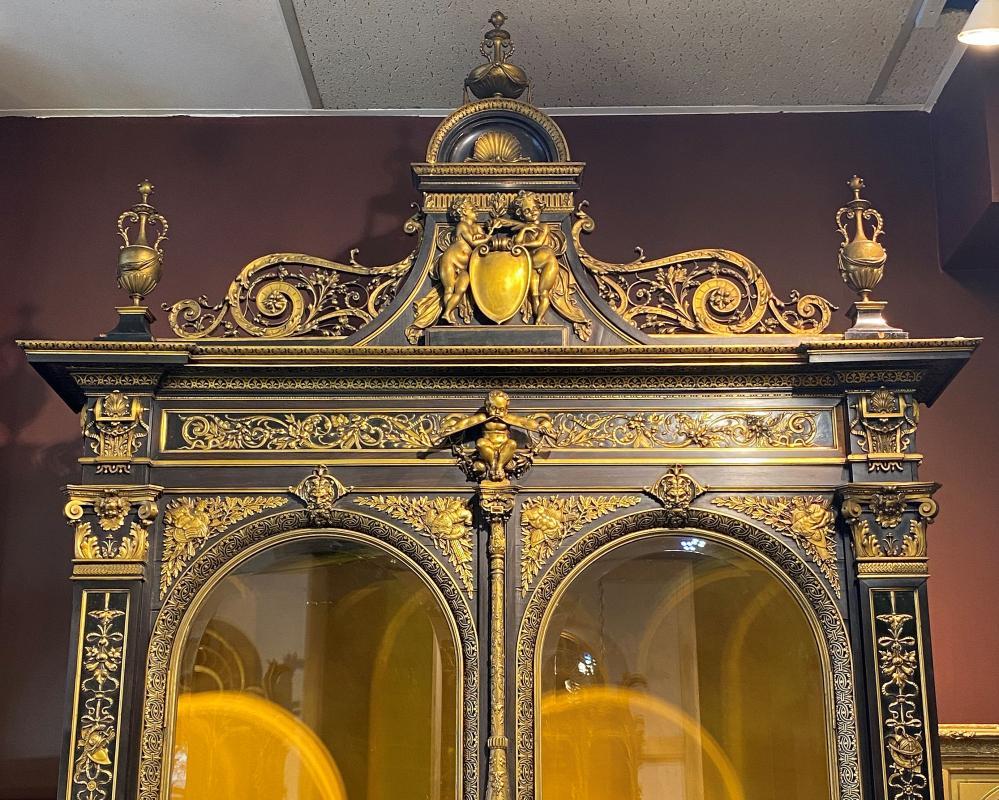 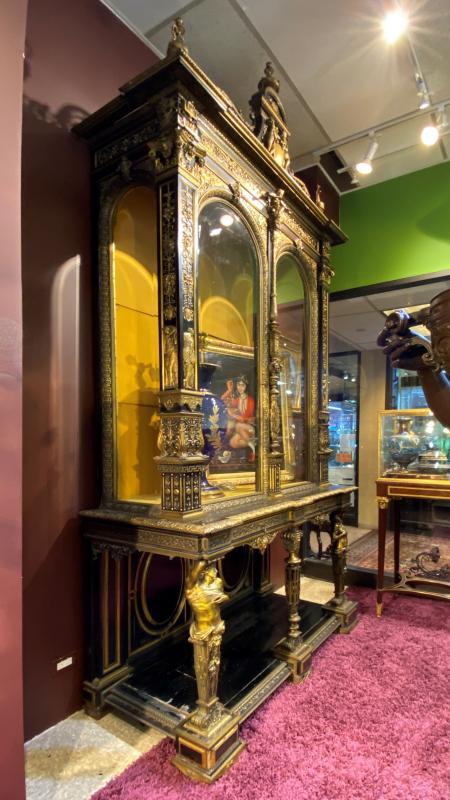 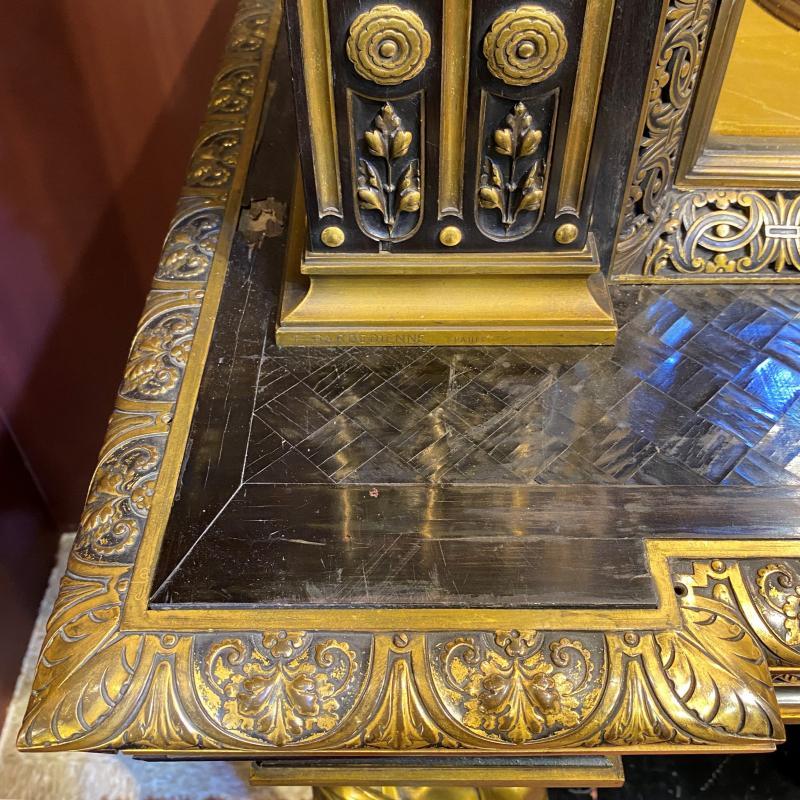 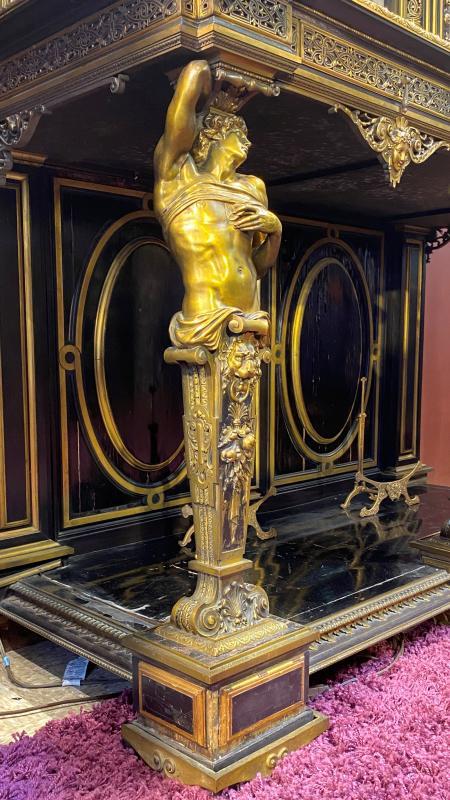 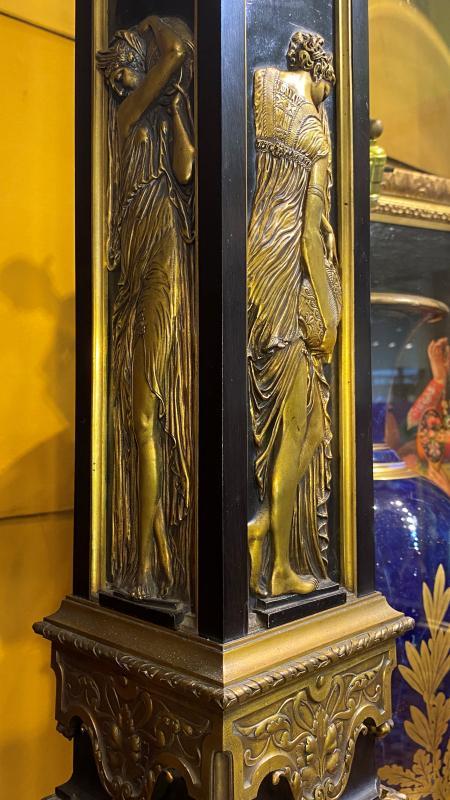 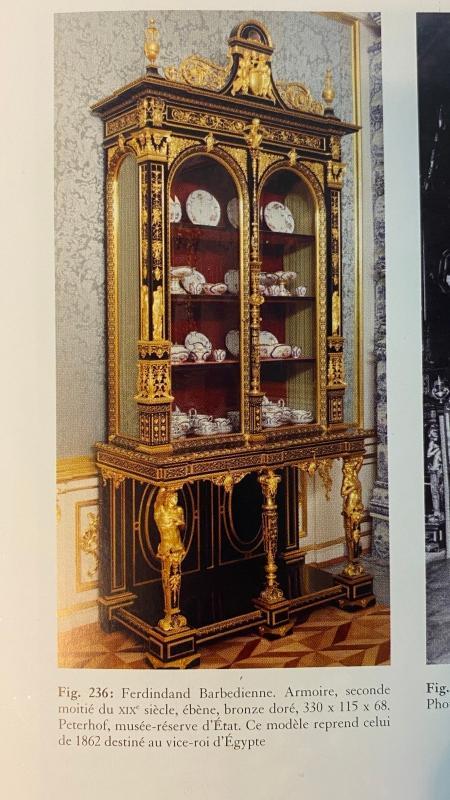 Our fabulous ebonized cabinet in the Renaissance style, designed by Louis-Constant Sevin (1821-1888), is believed to be one of a handful of its kind produced by Maison Barbedienne.  Purchased by our client from a Japanese collector.

The cabinet is composed of three pieces:  a console, cabinet with glazed doors and shelves, and pediment.  It is particularly distinguished by its scale and extensive gilt bronze mounts depicting angels, acanthus scrolls, vases and friezes, nymphs after the Parisien sculptor, Jean Goujon (1520-1572), and caryatids after Michaelangelo.  Signed BARBEDIENNE PARIS in the bronze facing forward at the base of the cabinet on left side.

The same design, but with silvered bronze mounts, was exhibited at the International Exposition of 1862 in London (known as the Great London Exposition) and reported by Le Monde Illustre to have been sold to Saʿīd Pacha (1822-1863), Ottoman Viceroy of Egypt.  Today it remains in the collection of Al-Thara Palace in Cairo.

Two cabinets like ours are found in the Peterhof Palace, one of which is depicted in fig. 236 in L'Objet d'Art et de Luxe France en Russie (1881-1917).  See Bibliography below and associated photo.

Another with silvered bronze mounts was included in Galerie Neuse' exhibition, L'APOTHÉOSE DU GENIE (The Apotheosis of Genius), hosted by Galerie Aveline in Paris, September 11-28, 2019, which featured decorative objects and furniture from the Universal Exhibitions of London, Paris, Vienna and Brussels between 1851 and 1910.

Overall condition is good. There are scratches, cracks, separations and losses to the horizontal ebonized wooden surfaces on the top of the console and on the stretcher, and wear to the sides as well.  Some bronze mounts are loose.   Additional images forwarded upon request.