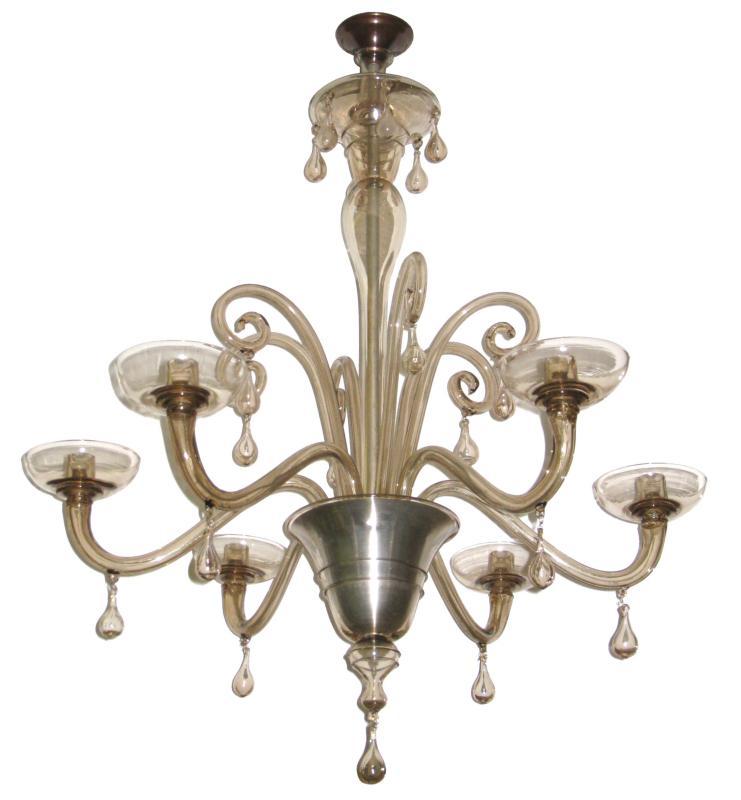 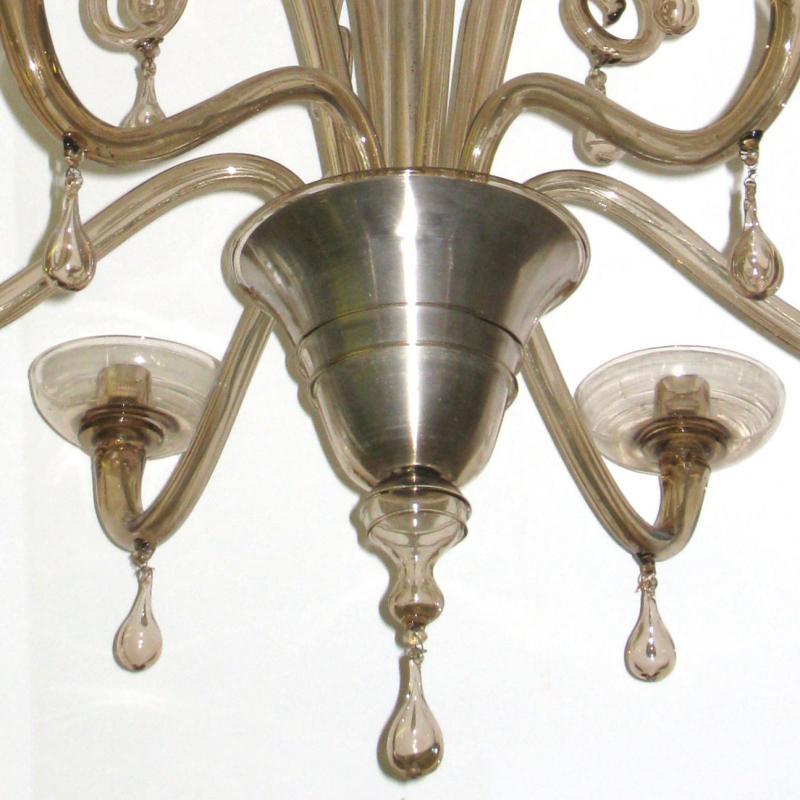 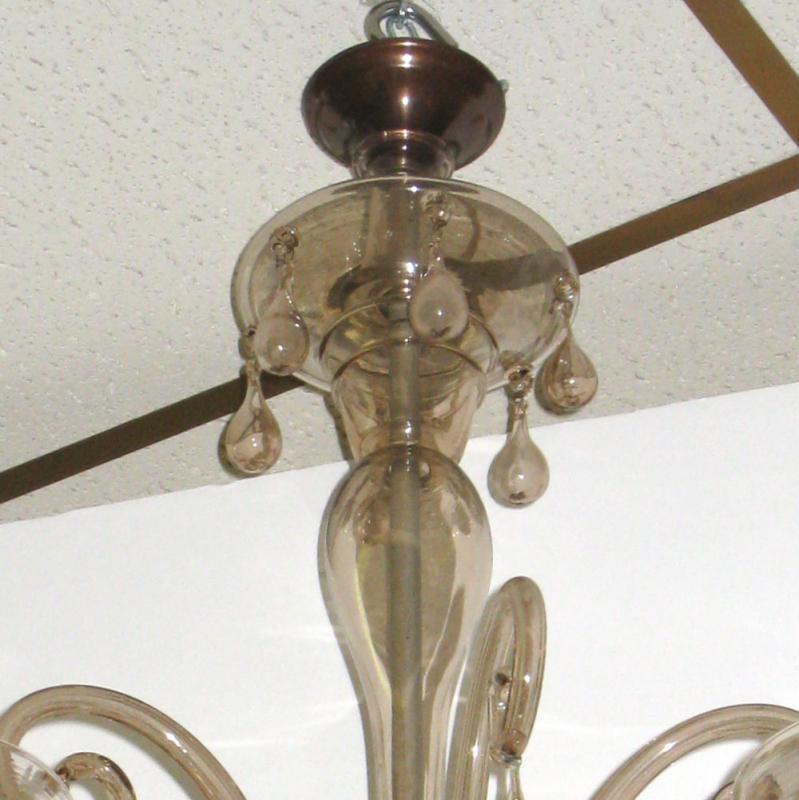 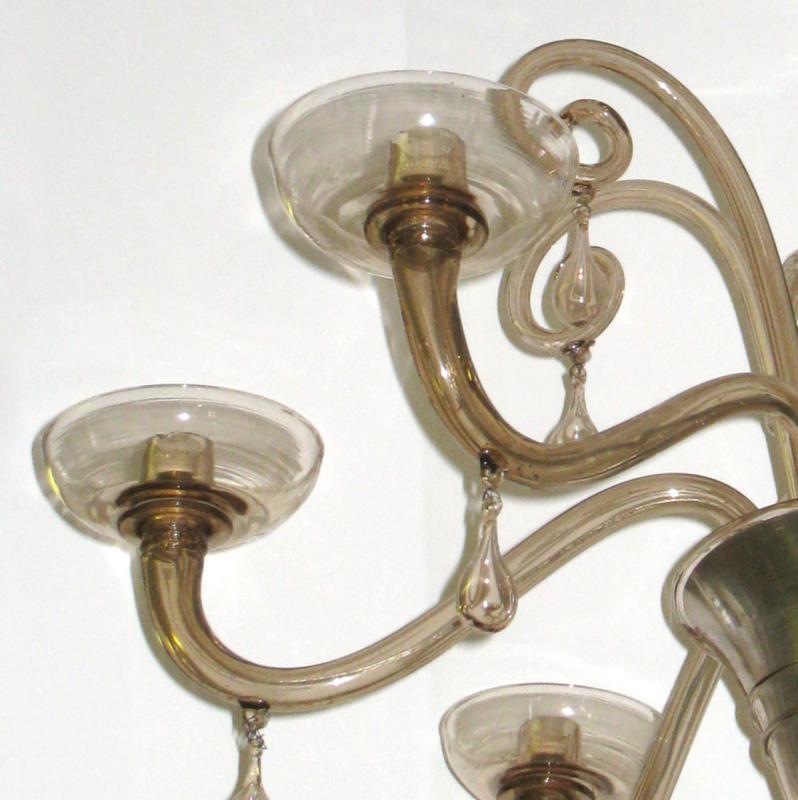 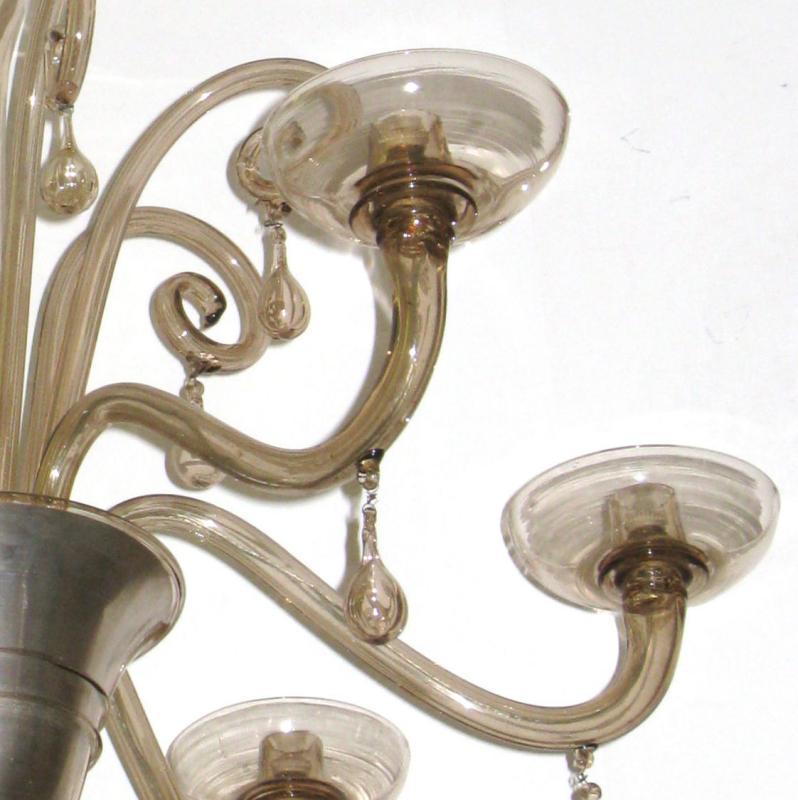 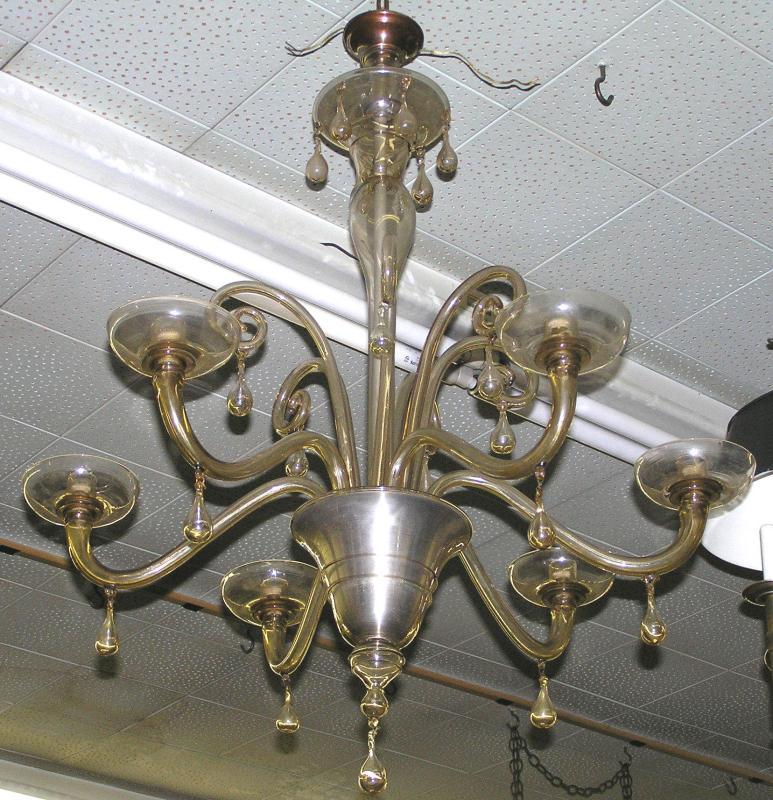 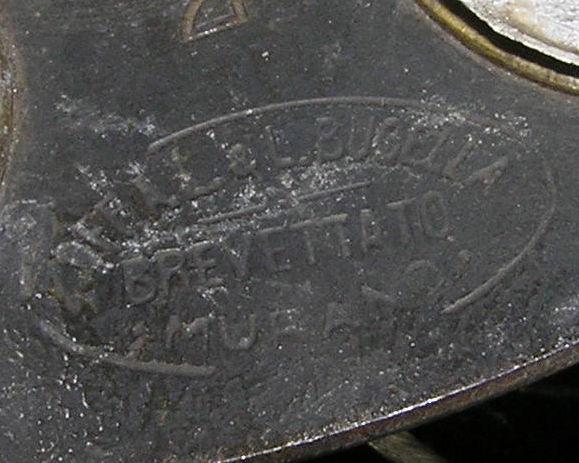 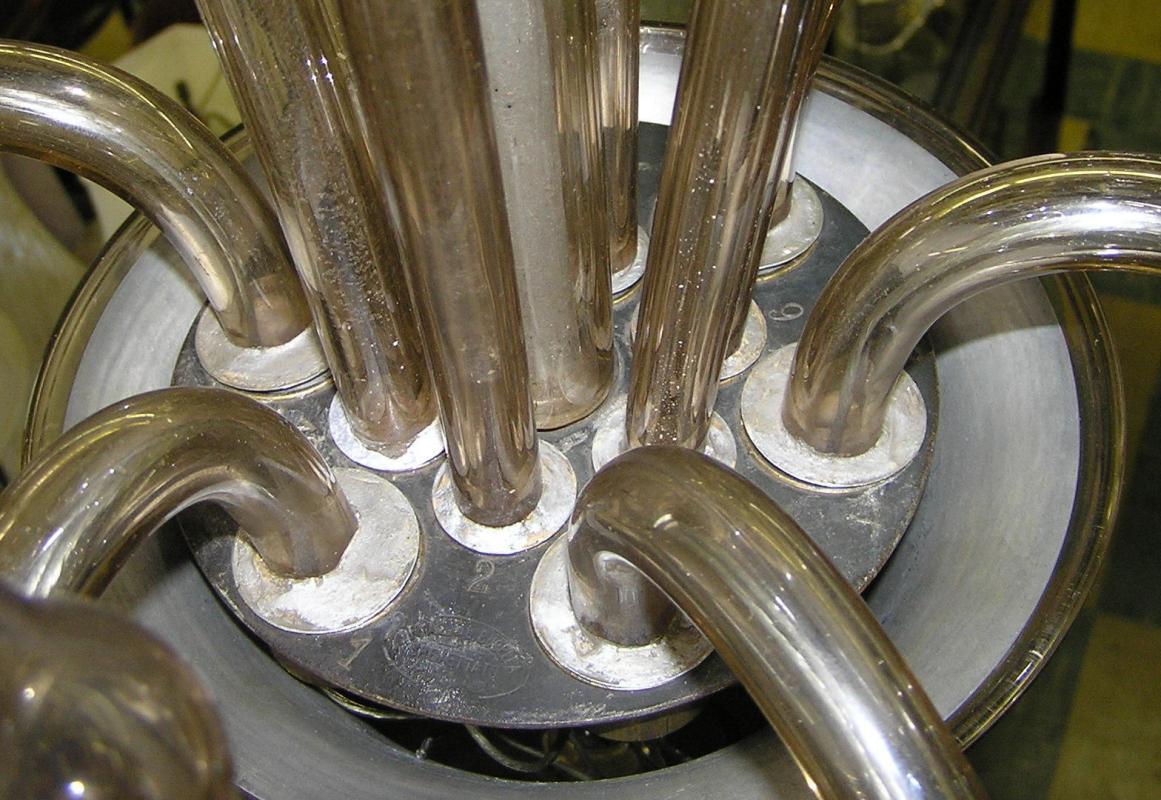 Our wonderful amber colored Italian glass chandelier from the Art Deco period is a work by the noted Venini artist, Napoleone Martinuzzi (1892-1977), from his Soffiati series. Measures 30" wide by 37" tall.  Frame has the stamped patent mark which  reads OFF A.L. & L. BUCELLA BREVETTATO.

Candelabra size bulb sockets with white ceramic diffusers appear to be original and there is no evidence of any repairs or restorations, but they may not be ruled out. We also have an extra arm and bobeche. In need of new wiring. Additional images forwarded upon request. Item sold as-is. All sales final. Shipping point: Bethesda, MD.

Two very similar works by Martinuzzi can be found in plates 12 and 13 of the Venini Catalogue Raisonne 1921-1986 by Anna Venini Diaz de Santillana. Plate 12 is a work in light amber glass like our chandelier and is described as a "Glass Drop Chandelier, 1926-1930, Gardone Riviera, Prioria, Bagno Blu cat. no. 23." (Gardone Riviera is a health resort on the Italian coast, famous for the poet Gabriele D'Annunzio's monumental villa, Il Vittoriale degli Italiani, also known as Prioria. Thus, the reference to Prioria suggests the piece was either commissioned by the poet for the estate or it's simply a statement of provenance.) Martinuzzi was Art Director of Vetri Soffiati Muranesi Venini & C. from 1925 to 1931.

Martinuzzi had a long and remarkable career and his works regularly appear at major auction. The highest known sale price achieved at auction for a Martinuzzi work was a pulegoso applied glass vase, circa 1928-1930, sold at Christie's New York on June 13, 1999 in lot 99 for $47,800.