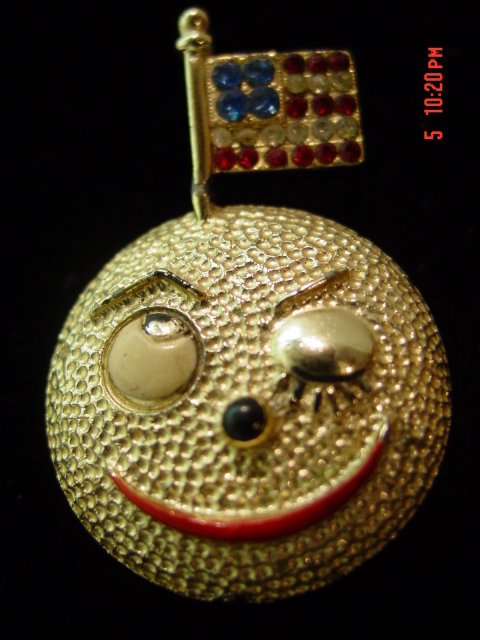 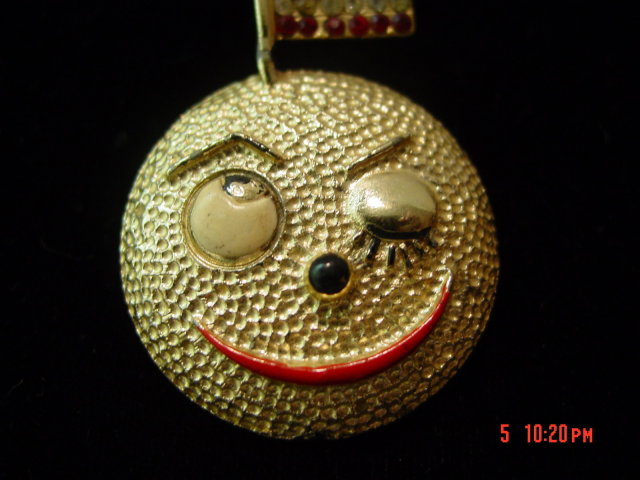 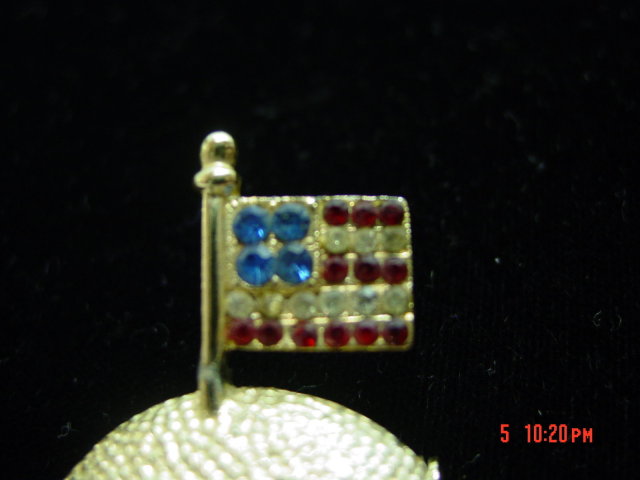 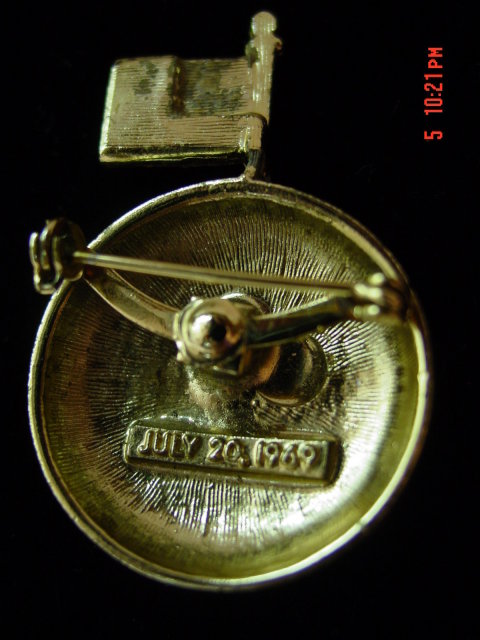 This vintage pin is commemorative of the Apollo 11 spacecraft landing on the Moon on July 20, 1969. The Moon is painted a pale gold color, and it has a face with a large red mouth. One eye is open and enameled white with the top part of the eye enameled black. The other eye is closed with a gold lid and black enameled eyelashes. Most of the black enamel on the eyebrows has worn off, and button nose has black enamel. On top is an American flag with four blue rhinestones, and five alternating rows of red and clear rhinestones. The flag pole has been bent and is a little fragile, and some of the pale gold paint has peeled off. The inside of the pin has a tag that says JULY 20, 1969. This is a great pin for collectors of both American Flag pins and space memorabilia. This pin is referenced on page 133 of Warman's Costume Jewelry Figurals Identification and Price Guide by Kathy Flood published by Krause Publications (2007).