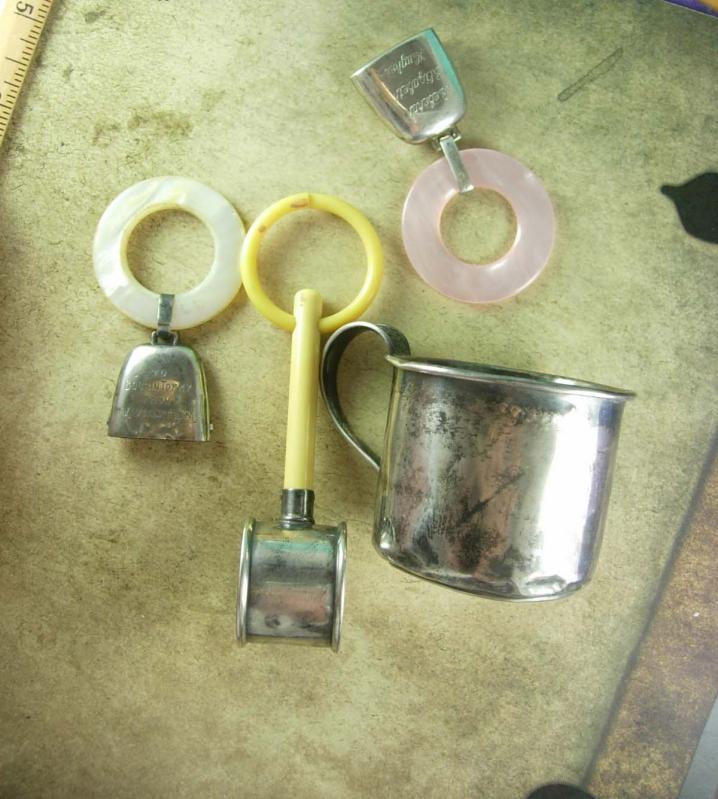 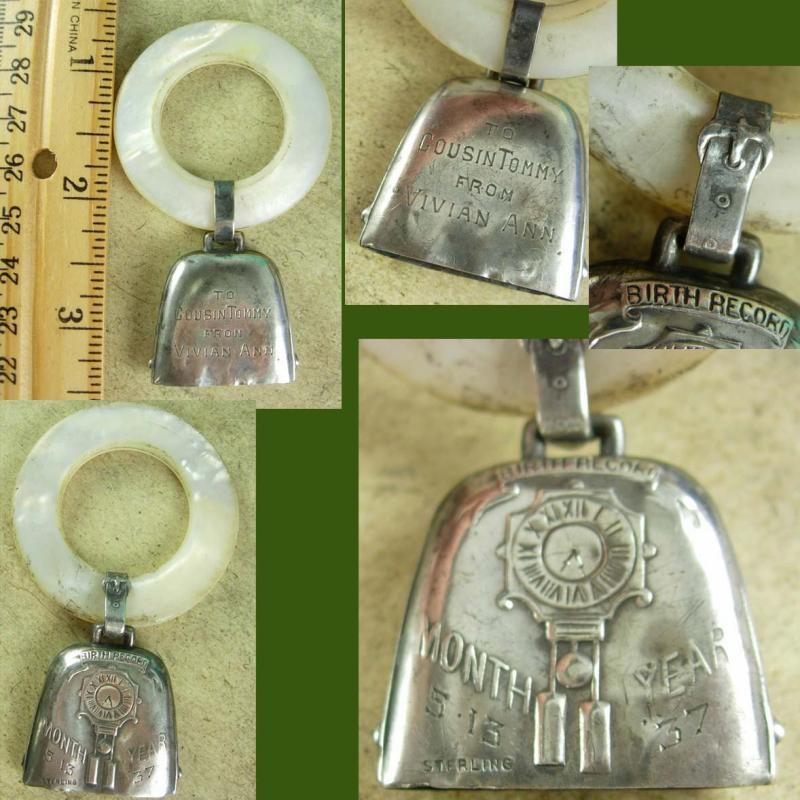 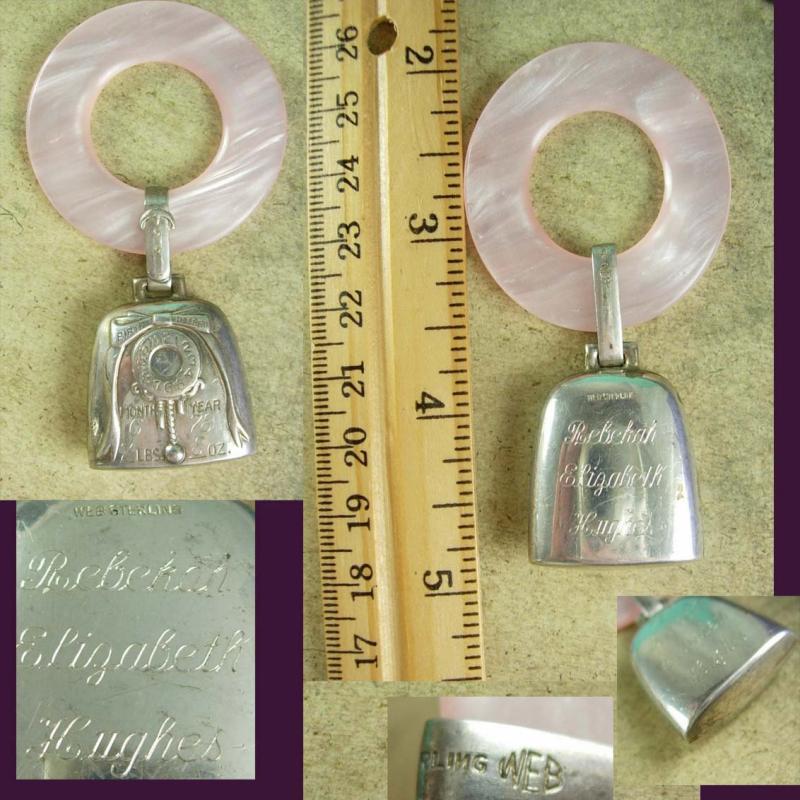 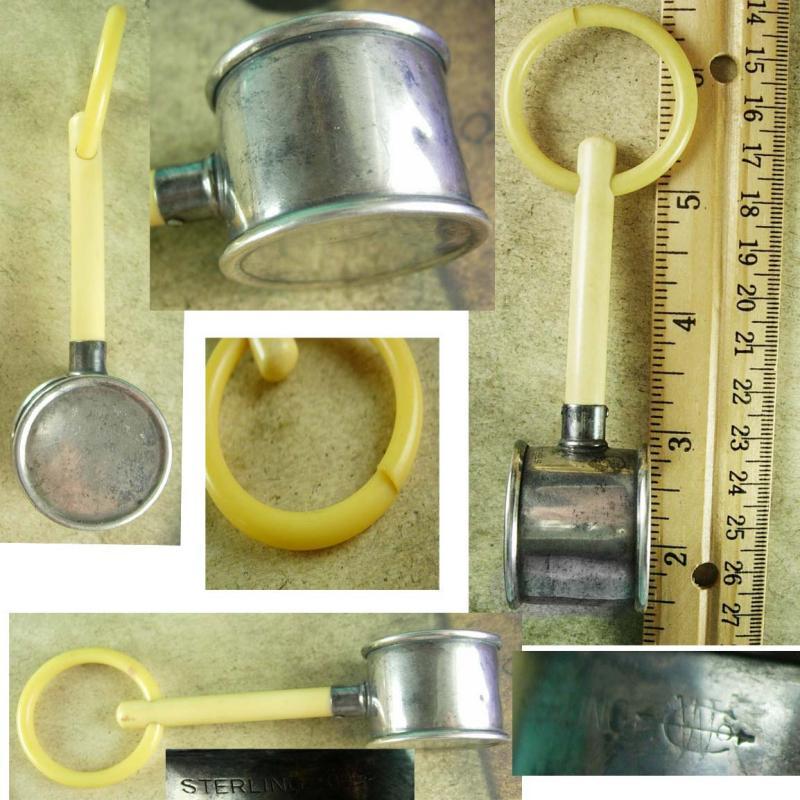 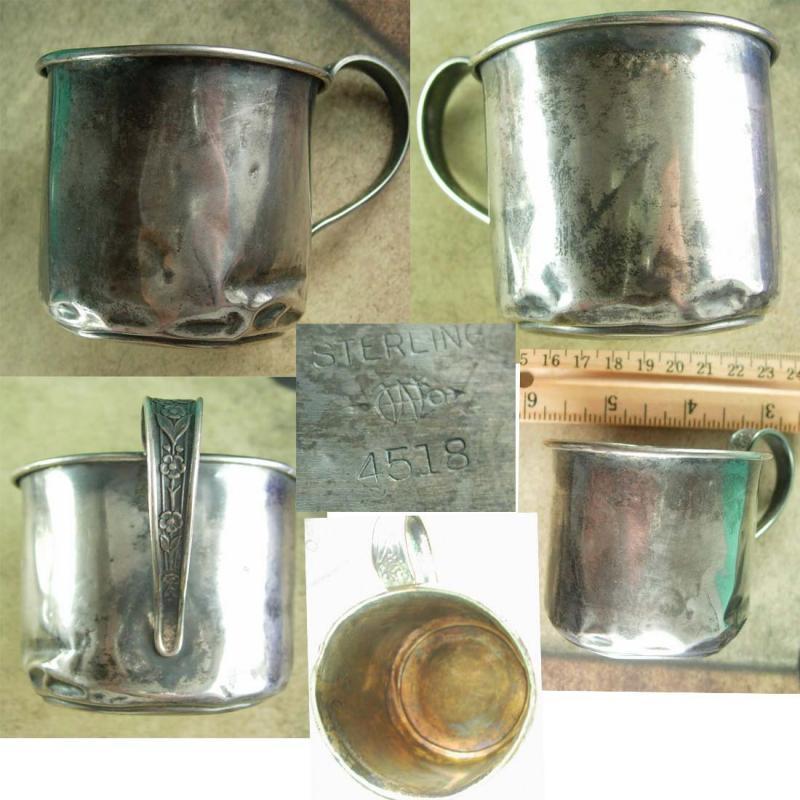 This lot all came from the same family. Each piece is sterling and has a few generations of the children . There is an antique sterling cup, a barbell or drum end baby rattle with celluloid ring, and two bell rattles from the same maker. What is interesting about the two bell ones is that you can see in the earlier on it has a hollow inside with an open bottom. As the years went on they closed the bottom on them in the later version. The pink handled one reads Rebekah ELizabeth Hughes and her birthdate was 6-1978 The older white handles one reads To Cousin Tommy from Vivian Ann 5-13-1937 The long one that has a drum end is marked W on an eye shaped symbol sterling ( Webster Company) The Cup is marked with the same mark ( Webster company) as the long drum one and it has on it 4597 All are in used condition but part of the same family. George K. Webster Silver Company was founded by George K. Webster in North Attleboro, Massachusetts, in 1869. The company created lines of sterling silver items, from small and intricate thimbles to large and exquisite candlesticks. They manufactured over 20 patterns of products such as dresser sets, picture frames, cigarette holders, bowls, baby items, napkin rings and candlesticks, primarily in sterling silver, although some items were silver plated. Apparently, George K. Webster personally oversaw and supervised every aspect of the production process, which explains the uniformly high standard of design and craftsmanship of items that bear the Webster signature. FEb1 2015