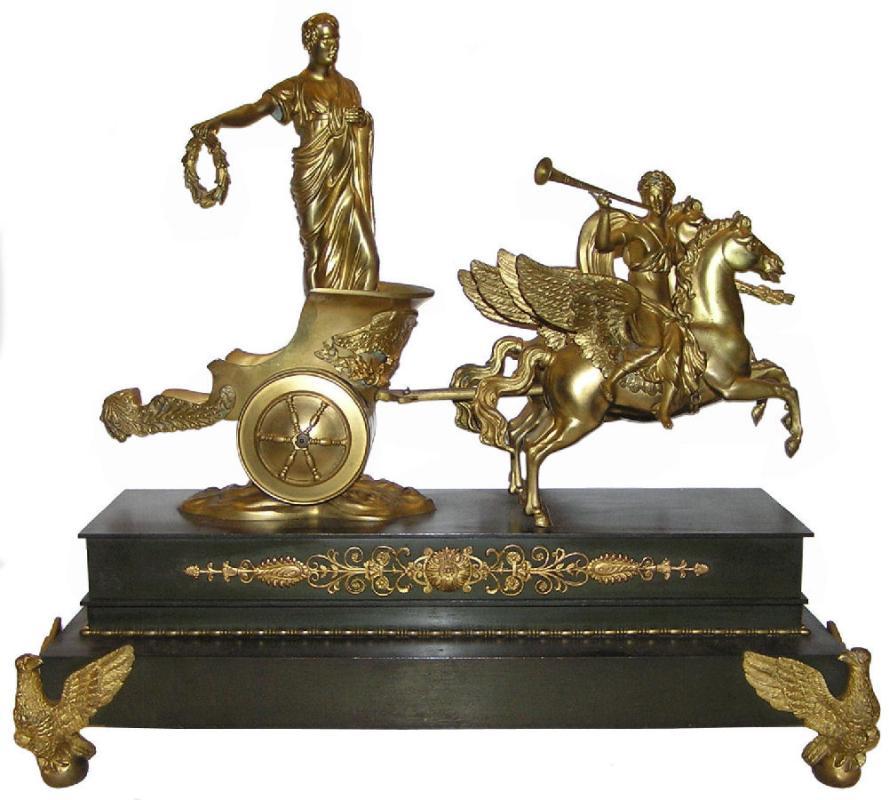 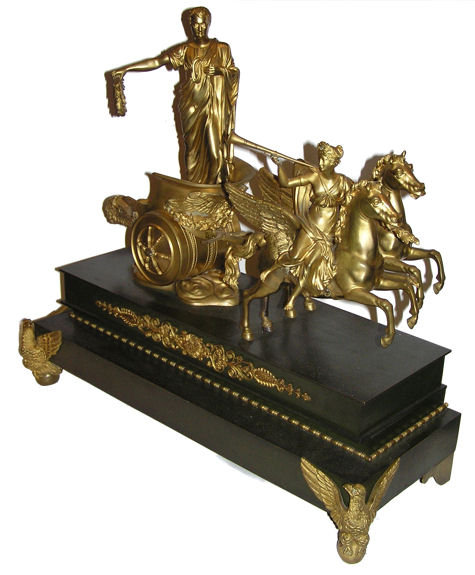 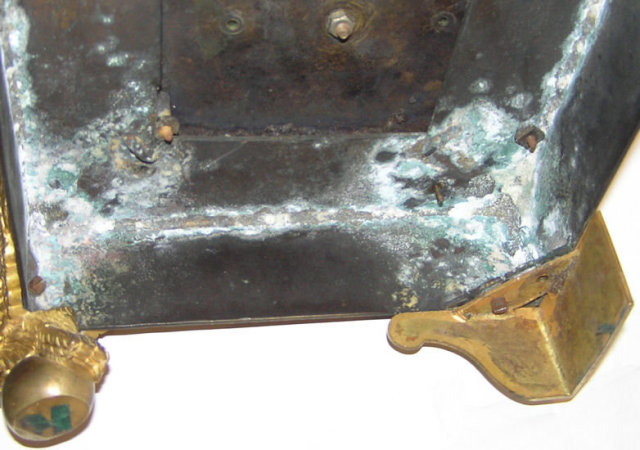 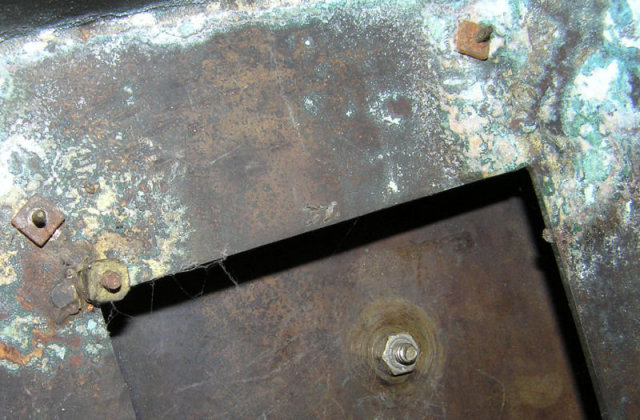 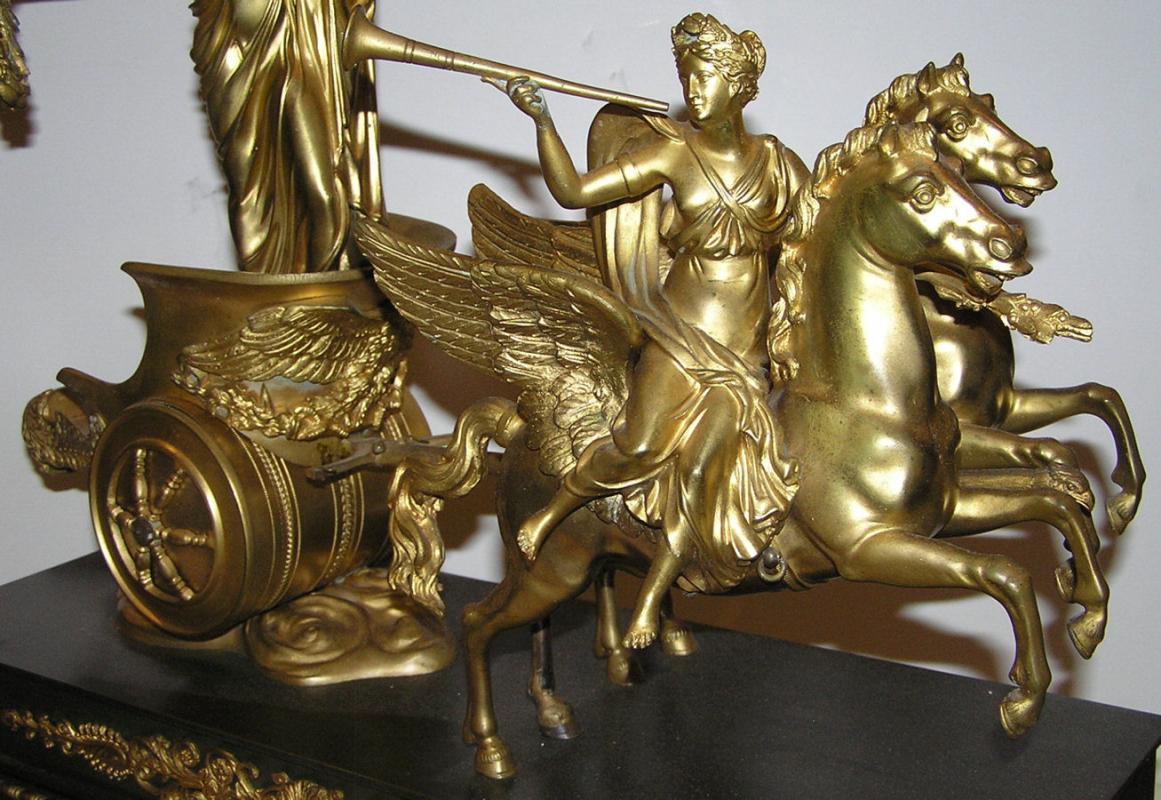 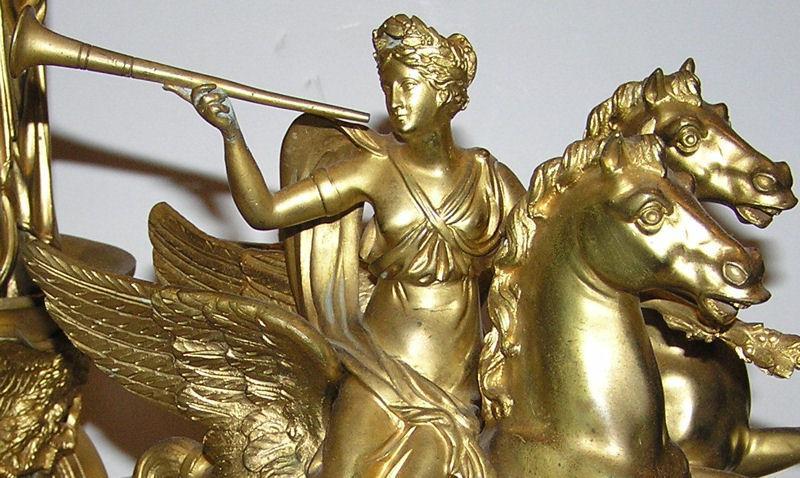 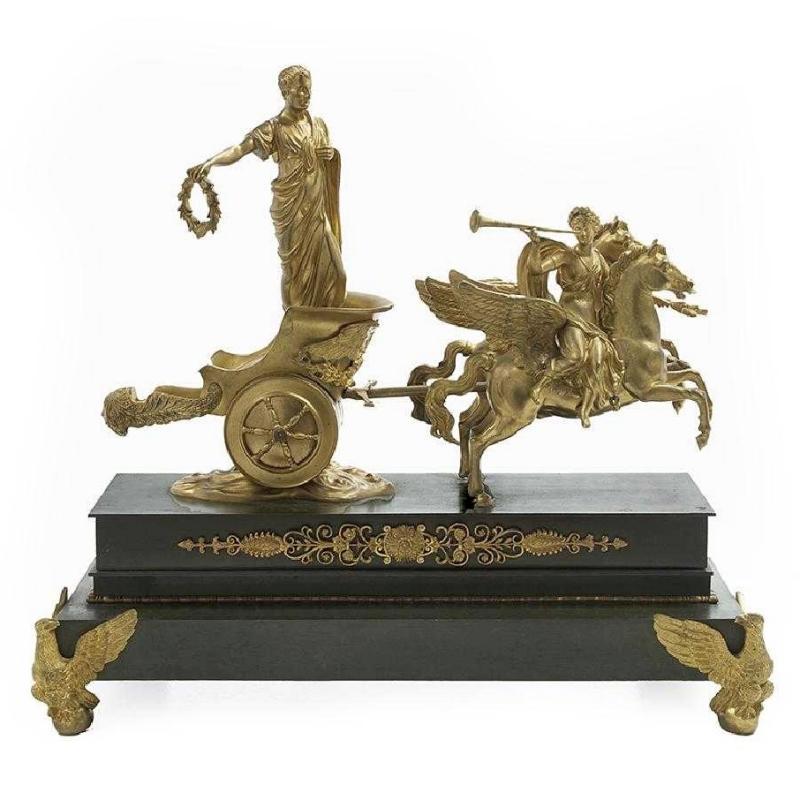 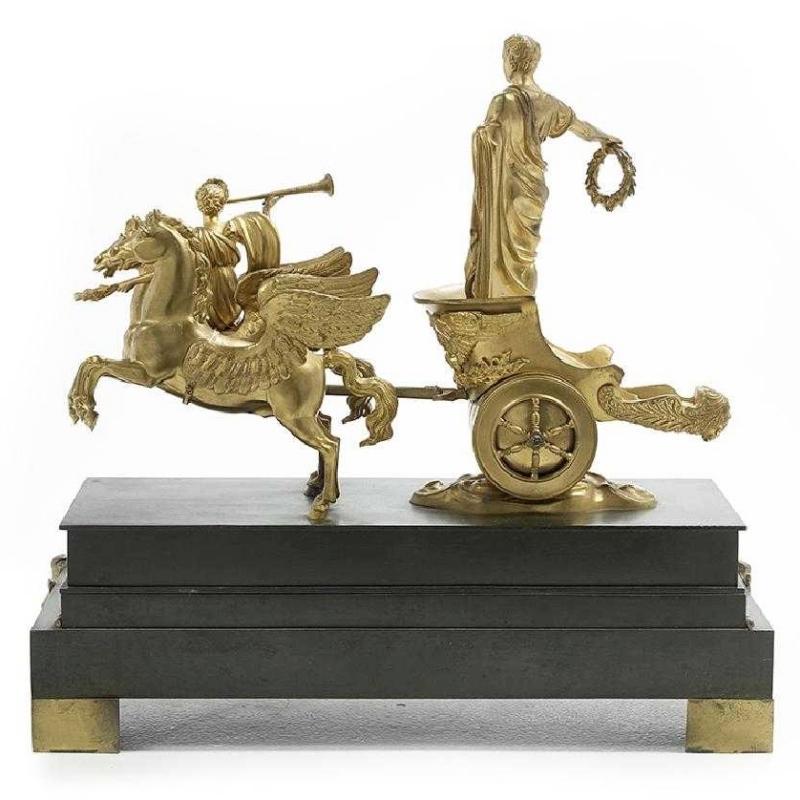 This large, antique (nineteenth century) gilt and patinated bronze sculpture of continental origin depicts the Roman emperor Caesar holding a laurel wreath symbolizing victory, driving a chariot drawn by Pegasus horses led by the Roman goddess, Victoria or Aurora.  This was a popular Napoleonic theme in the fine and decorative arts throughout the nineteenth century, drawing upon classical depictions of Apollo at the helm of his chariot of Pegasus horses and muses trumpeting the arrival of the sun.  Napoleonic versions often included the Roman goddess of war, Minverva.  Measures: 22.5 by 20 by 9 in; 57.1 by 50.8 by 22.9 cm.  We have found no signature nor foundry mark.  Condition overall is good, consistent with age. There are scratches, rubbing and nicks, plus small spots of verdigris on outer surfaces and more verdigris visible on underside.

A large portico mantel clock with identical group casting, pedestal and winged base was auctioned  by Bruun Rasmussen in Copenhagen on December 4, 2017, in lot 1047.

The figure of Napoleon appears based on the figure by Antoine-Denis Chaudet (1763-1810) depicting him as a Roman consult.  See the very similar bronze figurine in the Nelson-Atkins Musuem of Art in Kansas City, and Chaudet's original and large marble statue in the collection of Chateau de Compiegne in the Oise department north of Paris.

Aurora on horseback with horn (announcing the dawn) appears modelled after the original by Antoine Coysevox (French, 1640-1720).  The French sculptor, Charles Gauthier (1831-1891) sculpted and cast works after Coysevox.