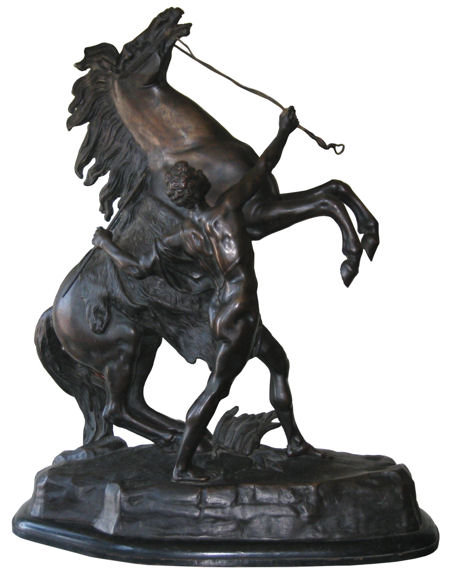 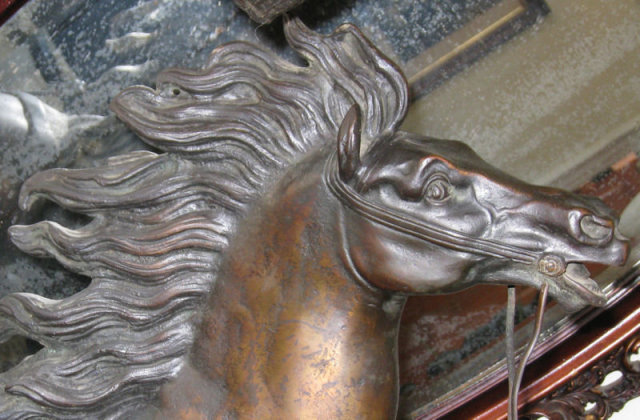 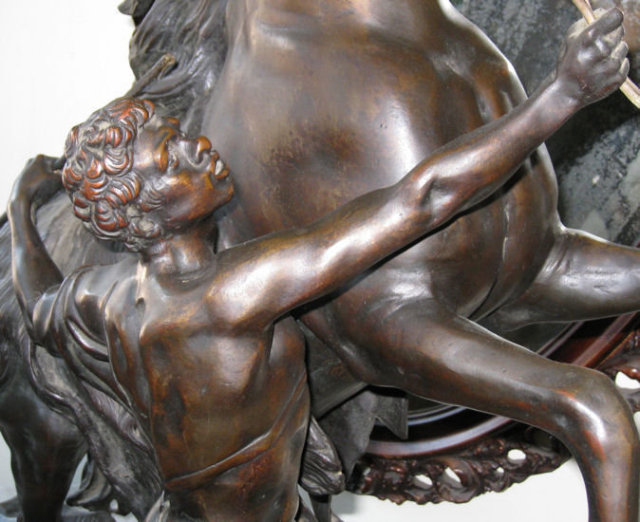 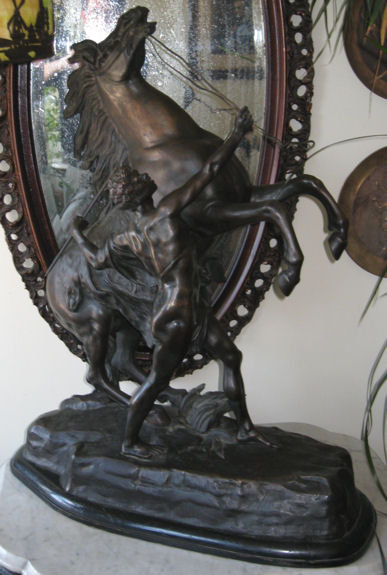 This fabulous antique bronze sculpture of one Horse of Marly after the work of the French sculptor, Guillaume Coustou (1677-1746), measures an impressive 32" high, 24" wide and 10" deep, and weighs an estimated 70-90 lbs. It resides on its original ebonized wooden base, and we have found no foundry mark. Patina is original and undisturbed. We believe this work dates from the mid-nineteenth century and it is the largest antique casting a Marly horse that we have ever seen.

The Horses of Marly by Coysevox were inspired by the statues of Fame and Mercury, impressive marble works commissioned by Louis XIV from Antoine Coysevox for the horse pond at Marly. In 1739 Louis XV commissioned two groups from Guillaume Coustou (Coysevox's nephew) to fit the space at Château de Marly where Coysevox's works were originally displayed. Coustou is believed to have been inspired by the antique statues of the Dioscuri with their rearing horses in front of the Quirinal Palace in Rome, and examples of such horses from French sculpture of the 18th century such as the Horses of the Sun by the Marsy brothers. The original marble statues were taken to the Place de la Revolution (Place de la Concorde) in 1795 to join the sculptures of Coysevox. The Marly Horses were moved to the Louvre in 1984 and were replaced by copies on the Place de la Concorde.  Additional images forwarded upon request.