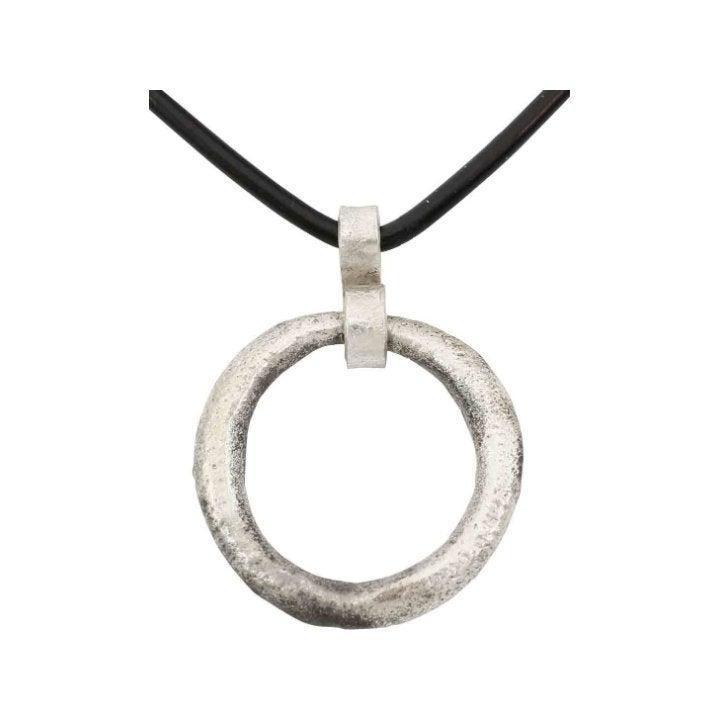 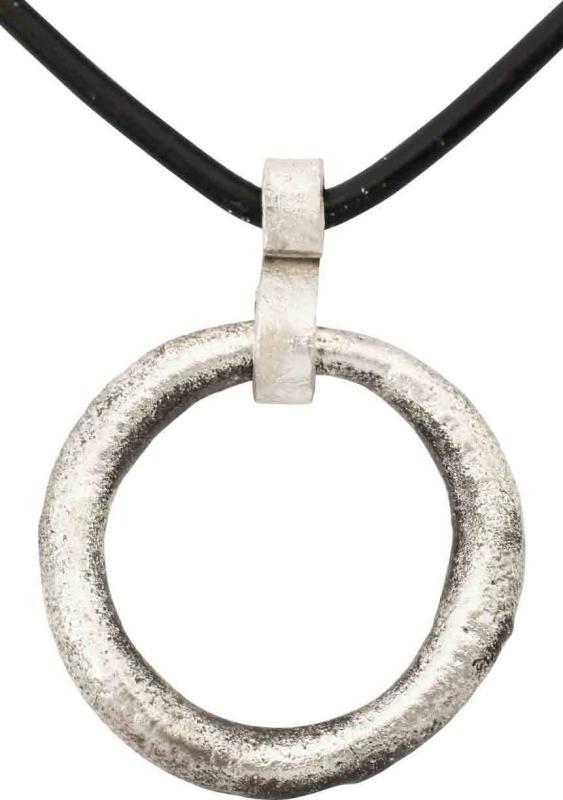 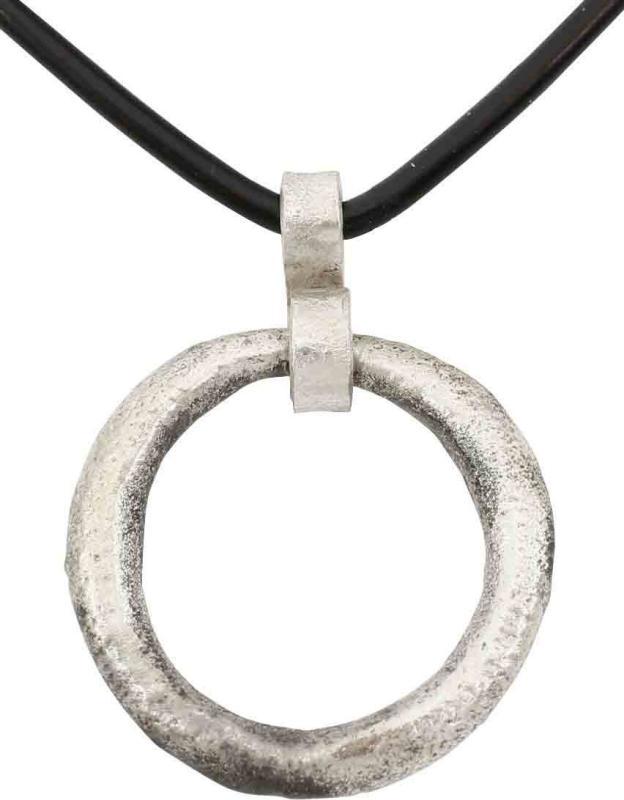 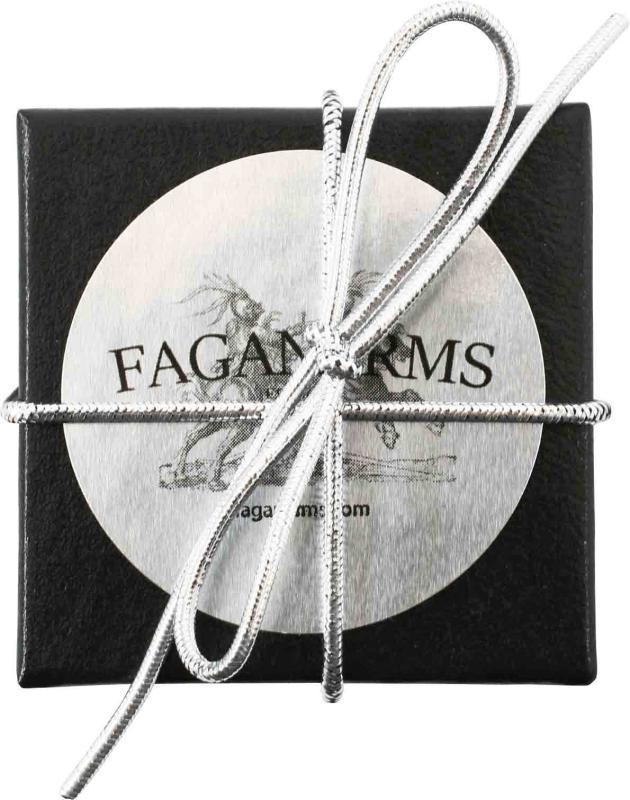 Before the Roman invasion of the British Isles, rings of bronze, silver and gold were used as a means of exchange, particularly in Ireland. Most exchanges of goods and property were conducted by barter based on shrewd evaluations in each specific situation. Some, including bride prices, later to be called dowries, needed to be more accurately quantified. These rings fulfilled that need as well as providing a palpable demonstration of value. They were worn, sewn to men's leather jerkins as displays of prosperity. Further, when worn in sufficient numbers, they provided substantial protection from edged weapon attack. So very like armor in the Middle Ages, they advertised that the wearer was successful economically which translated both by implication and demonstration that he was a formidable objective, best left in favor of something more easily overcome. Professionally refurbished and silvered. On a modern black polished leather cord with silvered chain enclosure for everyday wear. Just over 7/8" diameter. Gift boxed with a certificate of authenticity. All items ship fully insured with tracking from our offices just outside of Detroit, MIchigan USA