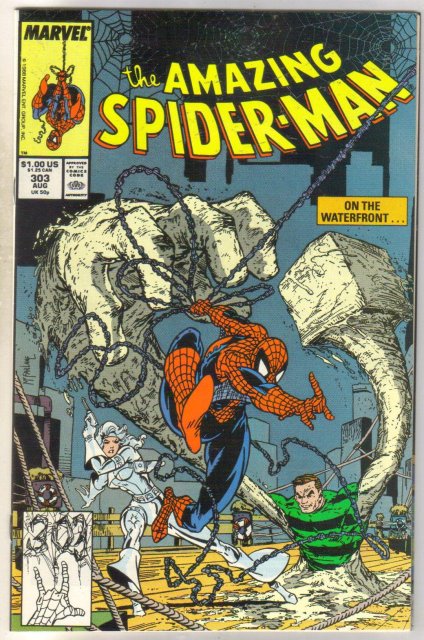 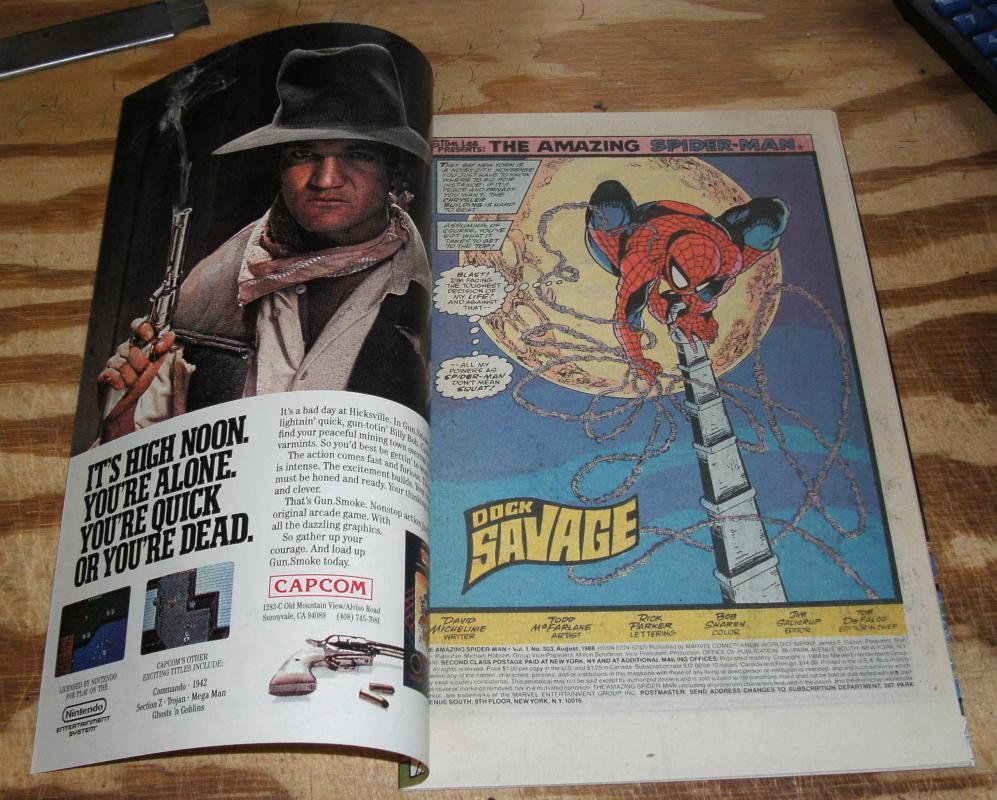 Peter weighs the pros and cons of moving to Kansas while he sits atop the Chrysler Building. Pro: dream job for him. Con #1: Mary Jane's entire career is centered in New York. Con #2: Aunt May would still be in Queens. Despite all his powers he can't fly from Kansas to Metrop -uh- New York at the drop of a hat to visit her. Unable to deal with this anymore, he returns home to MJ.

The next day at the Daily Bugle, Peter discovers Silver Sable has taken out an ad requesting his assistance. Having just lost a paying gig to Lance Bannon, Peter is in need of some cash and makes his way to the Smykarian Embassy to accept Silver's offer. While waiting in the lobby, Spider-Man amuses himself with the latest "Garfield" strip and begins to skim over an article about the Hulk going on a rampage and putting an artist into the hospital (not-so-subtle acknowledgment on Todd's part of his decision to leave the Hulk comic in favor of Spider-Man). Sable brings him in and introduces his other teammate, the reformed Sandman. The three of them will be used in their final assault on Kraus.

Silver sends Spider-Man to perform some recon inside their warehouse hideout. He soon finds that they are involved in a plan to sell drugs to the Kingpin. The funds will allow them to purchase enough land in Central America to create a new Nazi state. Spider-Man returns to Silver and relays the information. Upon hearing this Silver decides to attack them head on. Reluctant at first, Spider-Man joins Silver and Sandman in the assault. The soldiers prove to be no match for them and Kraus is quickly captured by a very angry Silver Sable.

With the promise of a cash payment from Silver, Spider-Man returns to Bedford Towers. MJ has done some soul-searching and has decided to go Kansas with Peter to fulfill his lifelong dream. Peter appreciates her sacrifice but tells her he would rather return to college and get an advanced degree. Despite the increased competition, he'd rather do this and remain in New York. MJ pretends to faint at his announcement and they revel in the mutually beneficial solution.