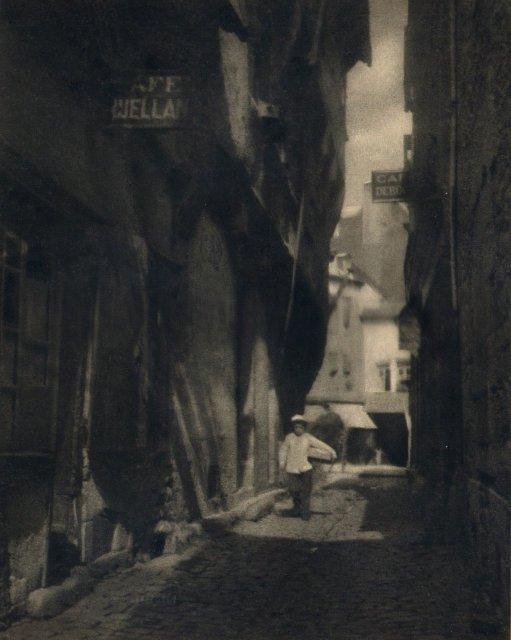 An outstanding pictorialist example. Signed on the mount, recto below the image. Exhibition label from the prestigious Pittsburgh Salon of 1926 on verso (indicating the photograph was one of 378 accepted by the jury from a total of 1804 submitted). Photographer's 220 Central Park South, New York address also on verso in pencil. The title refers to the the walled city of Dinan in the Brittany region of France. A. D. Chaffee was a New York City based salon photographer, active in the first two decades of the 20th century. His work was illustrated in two isues of th American Annual of Photography, 1901 and 1919.