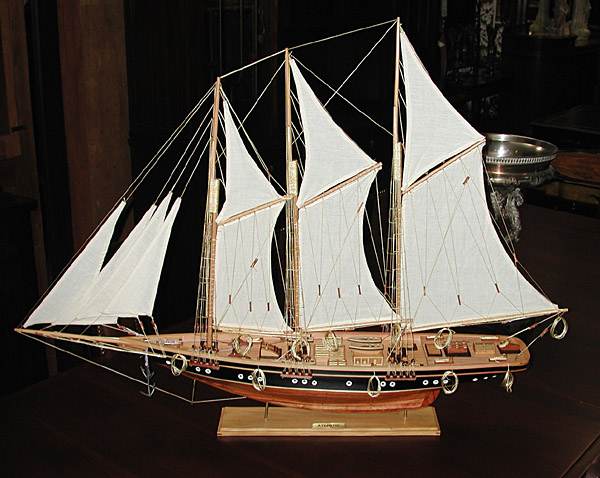 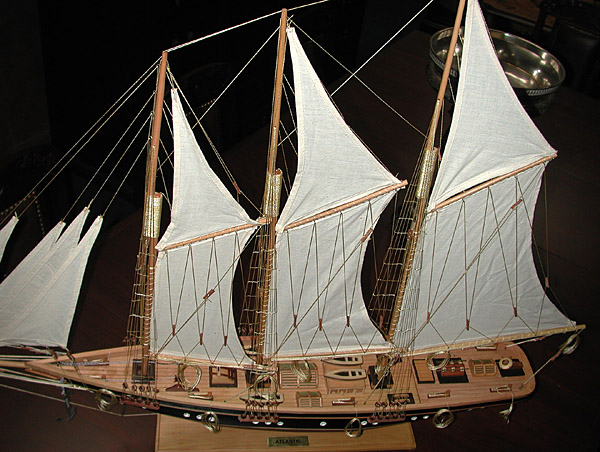 Detailed model of the historic American yacht: Atlantic. Built in New York in 1903, the 185 ft Atlantic achieved its greatist fame in 1905 when she was one out of 11 yachts to compete for the Emperor's Cup put up by Kaiser Wilhelm for a race from New York to Lizard Head, England. This model yacht was bult to scale and made of fine woods such as cherry, teak, mahogany, oak, ash, and redwood.