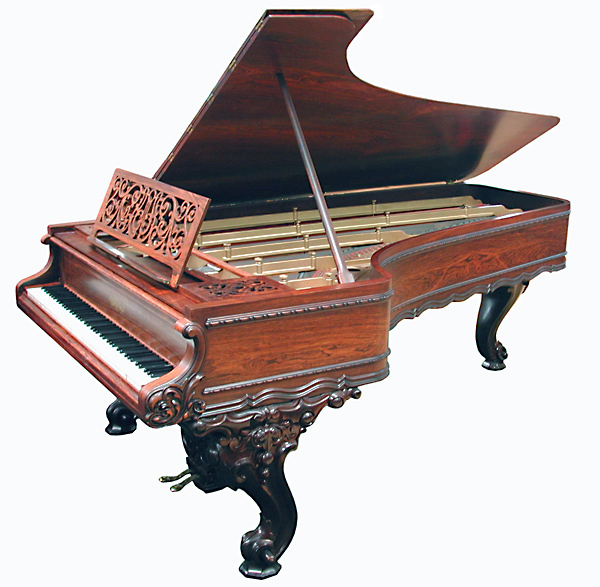 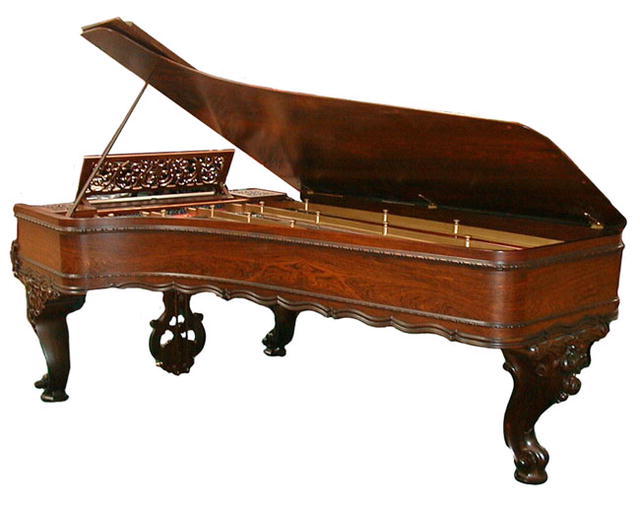 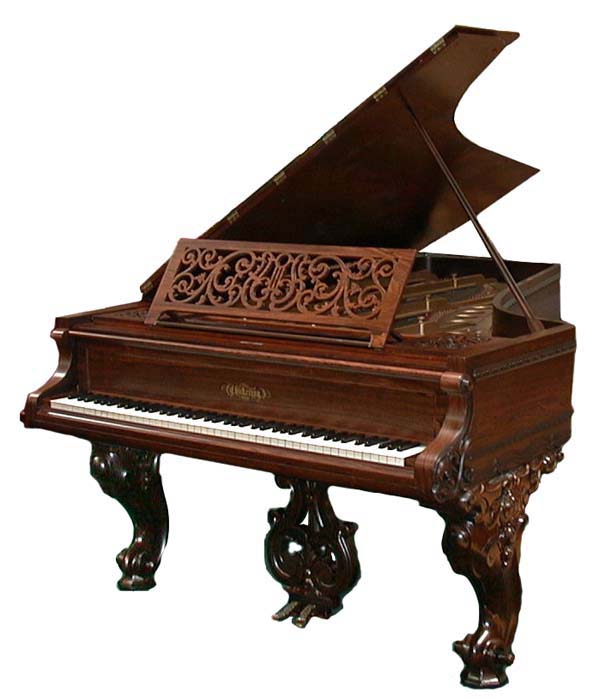 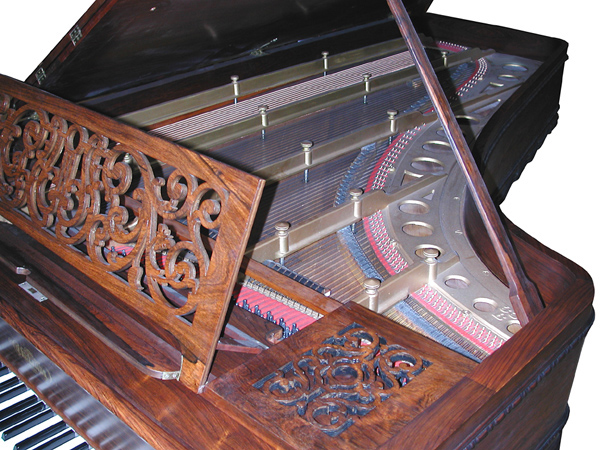 Beautiful Art Case Rosewood American Chickering 9'concert grand piano. Fully restored both inside and out. Tunes to the current 440A orchestra tuning. A must for a large drawing room. $45,000. Plays fabulously.

This Chickering is the same year and model that was awarded the gold medal (best piano in the world) at the Paris Exposition of 1867. At 8'4" in length this concert grand was the greatest piano of its day and was produced to serve the great concert pianists of the world. This piano is very rare since it was Chickering's limited edition concert grand prepared for the 1867 world piano show Steinways of the 1860s and 1870s had only 85 keys and the old-style square grand type action. In addition few were made with the fully scalloped case. This piano was truly the finest sporting a full 88 keys and a modern style repetition action. In addition Chickering craftsmen carved the most beautiful symmetrical case we have ever seen on any concert grand piano. It corresponds with the victorian era yet not in an overbearing style.

Jonas Chickering lived in the Boston area and was apprenticed to Benjamin Crehore around 1815 to learn instrument making. It was here that he developed his skills as a piano builder. After working for another builder and acquiring experience he began his own business in Boston in 1823. From the very first Chickering's pianos were of superb quality and design and coupled with a partner who was good at marketing his pianos became known throughout all of North and South America.

In 1843 he incorporated his concept for a cast iron frame in a concert grand piano, and an improved version of this piano received unparalleled praise at the first International Exposition held in 1851 at the Crystal Palace, London, winning the top awards. In 1852 Jonas made his three sons Thomas, Frank, and George partners in the firm. In 1867 following the great Paris Exposition of 1867 Frank Chickering had the Imperial Cross of the Legion of Honour, then one of the world's most prestigious non-military awards, bestowed upon him by Emperor Napoleon III for services to the art of music. The Chickering pianos built up until around the Second World War are considered to be second to none and some of the concert grands built around the period of the late 1800's to around 1925 have some of the most powerful and rich sounds possible, especially in the bass.