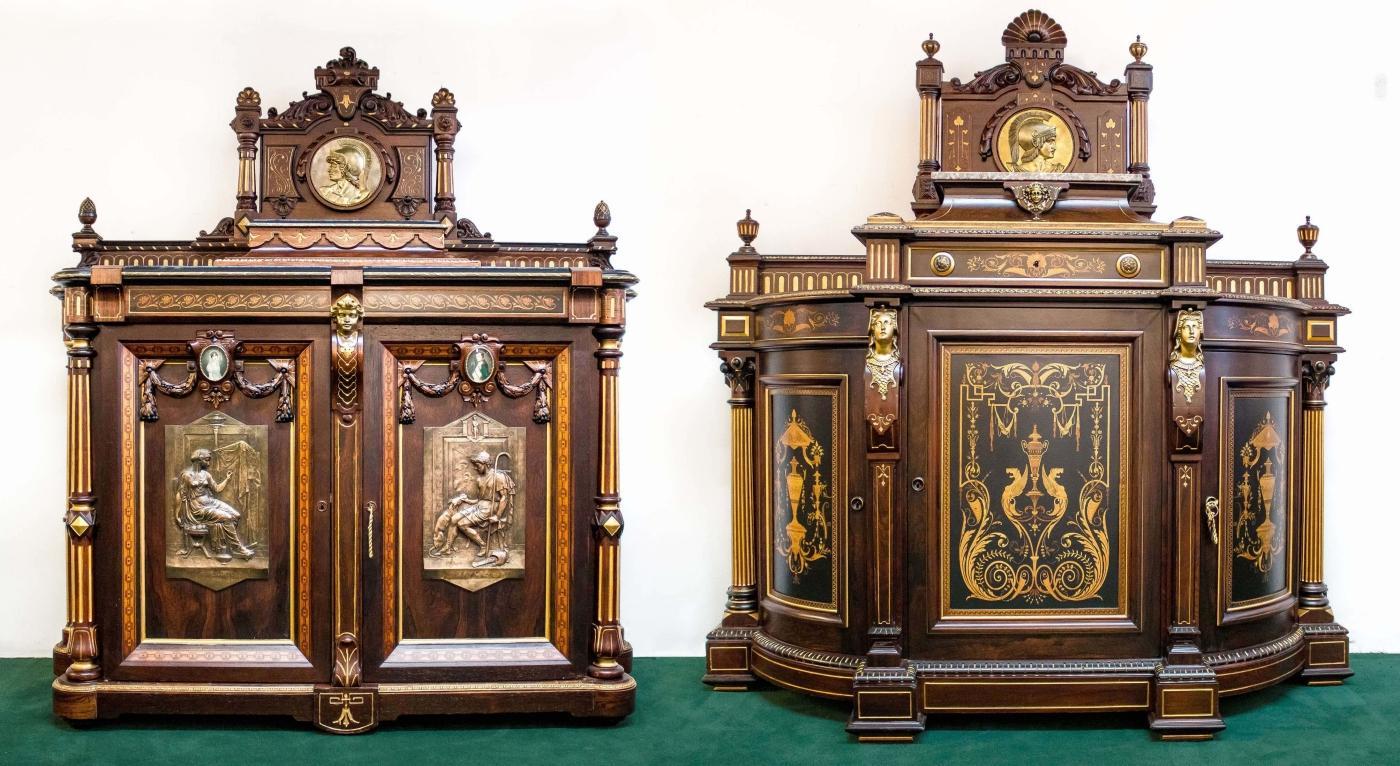 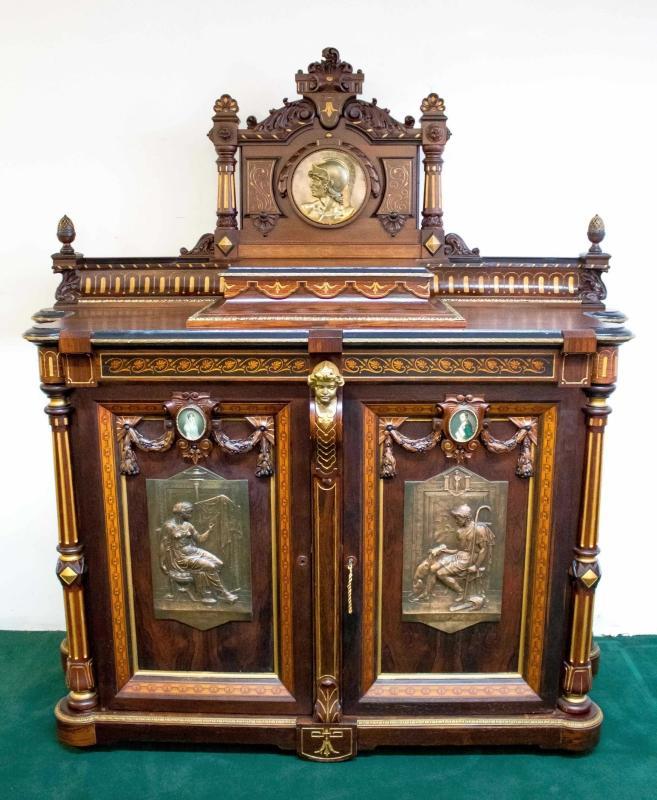 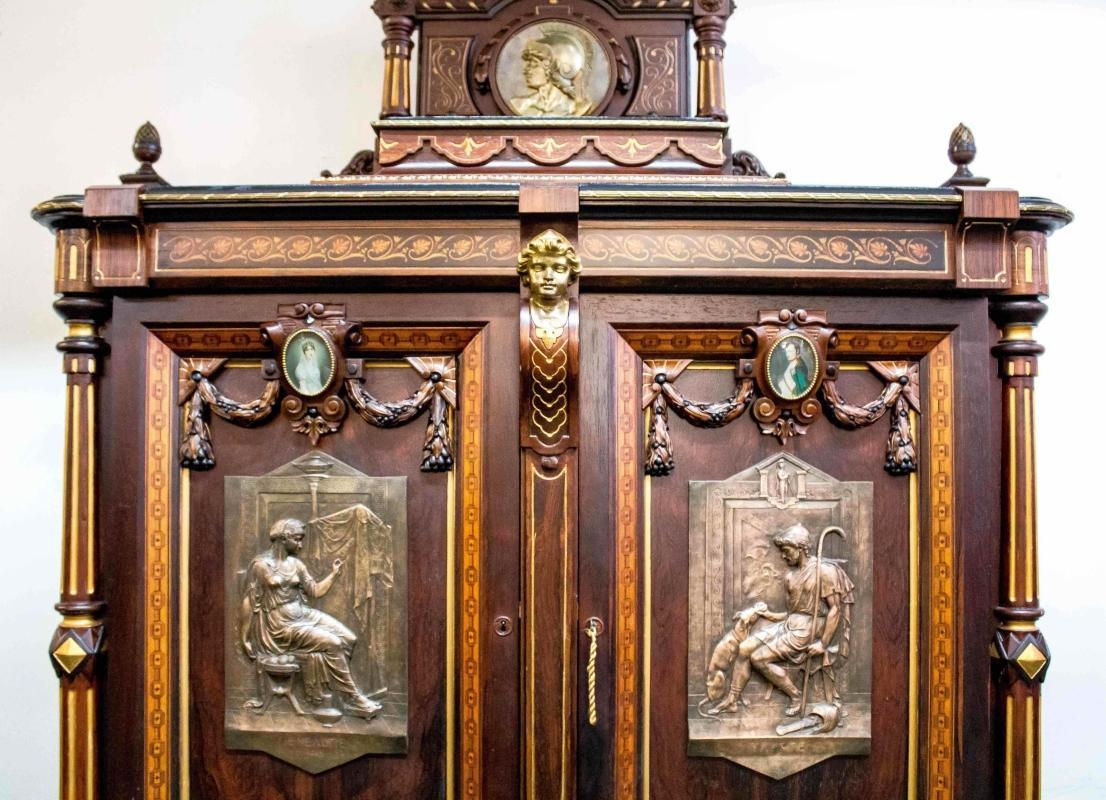 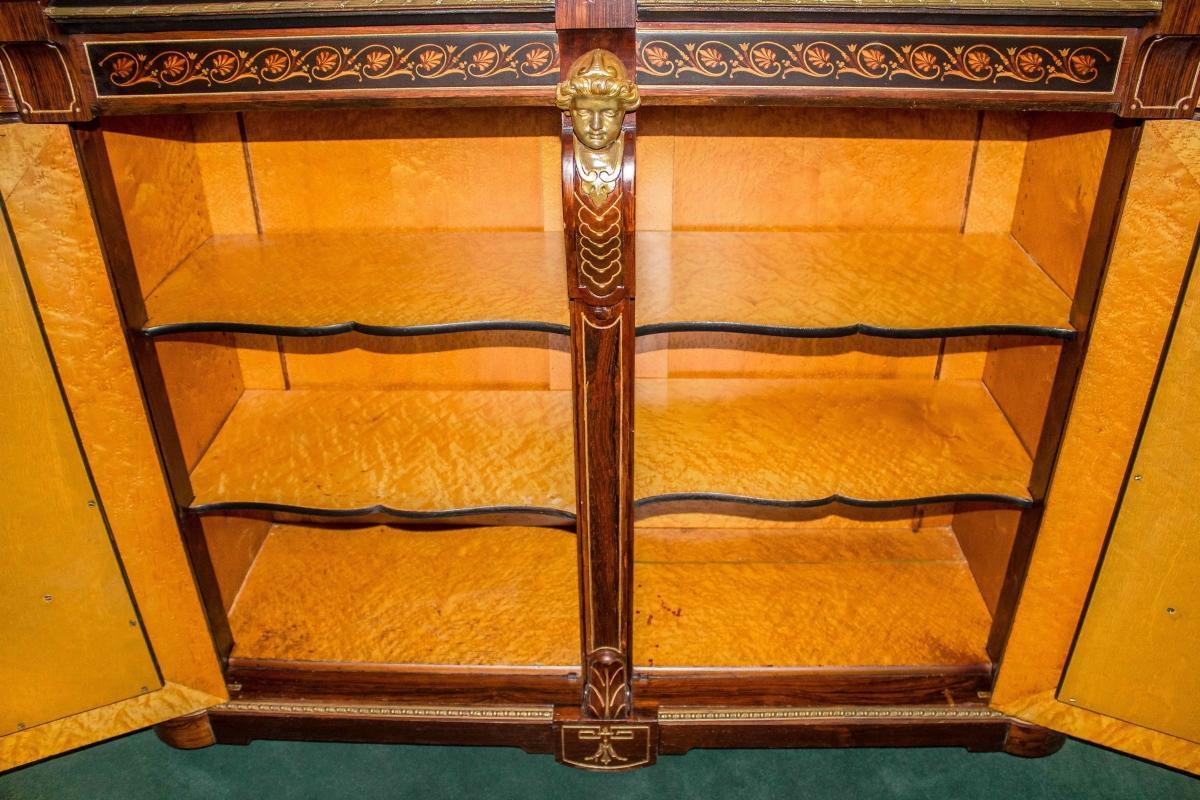 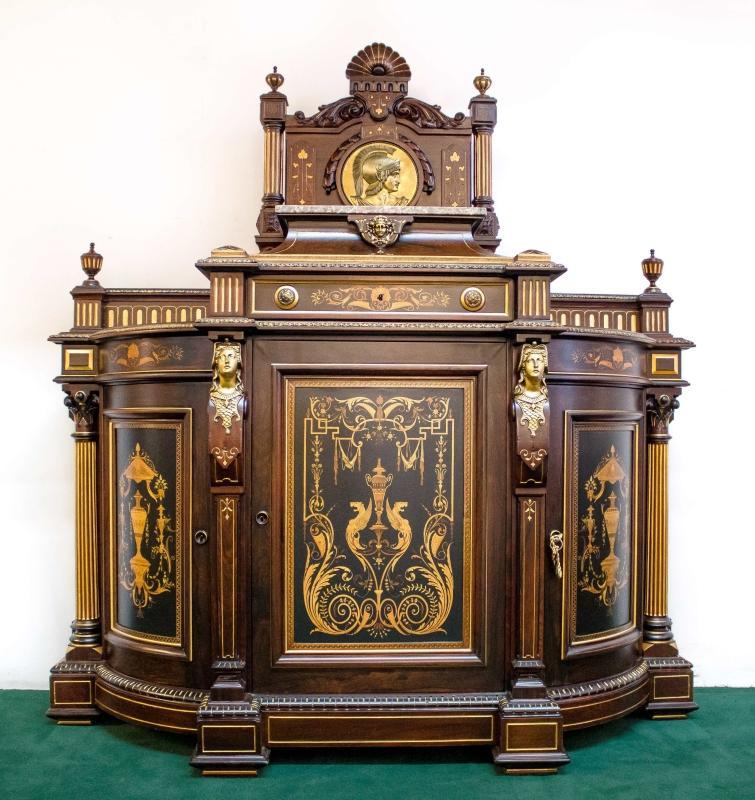 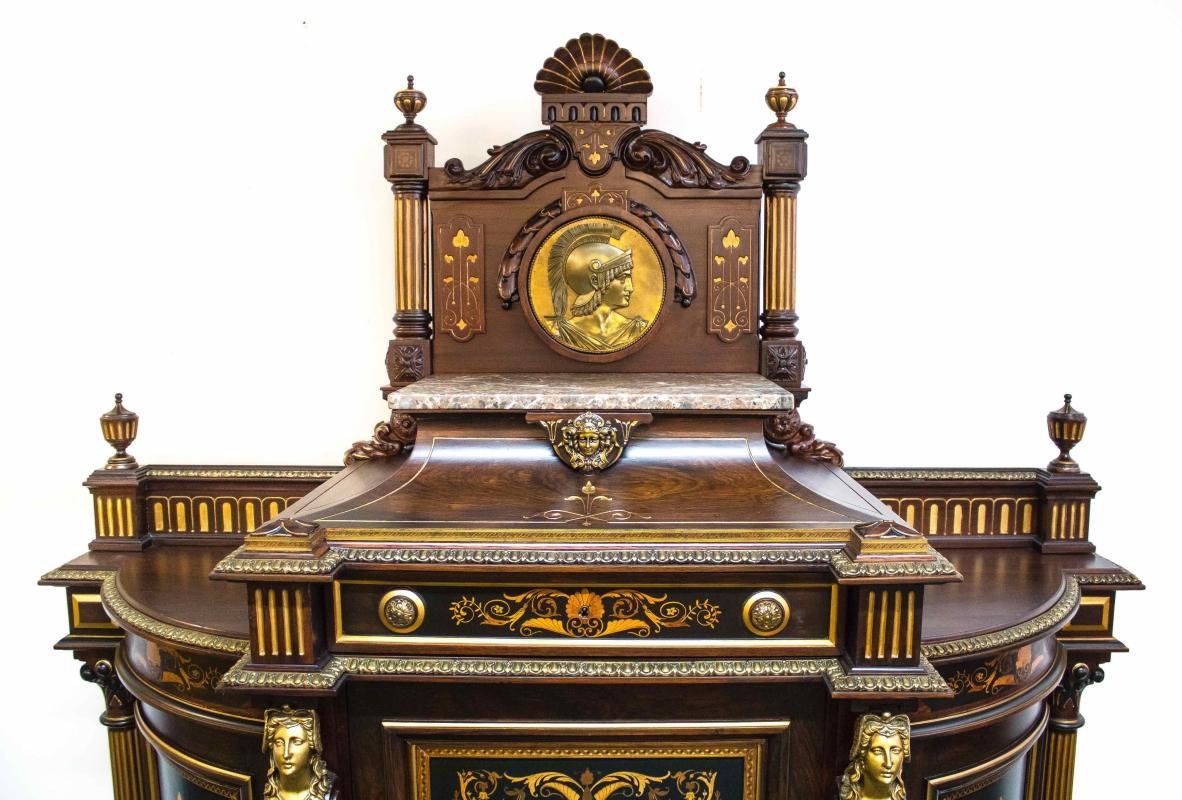 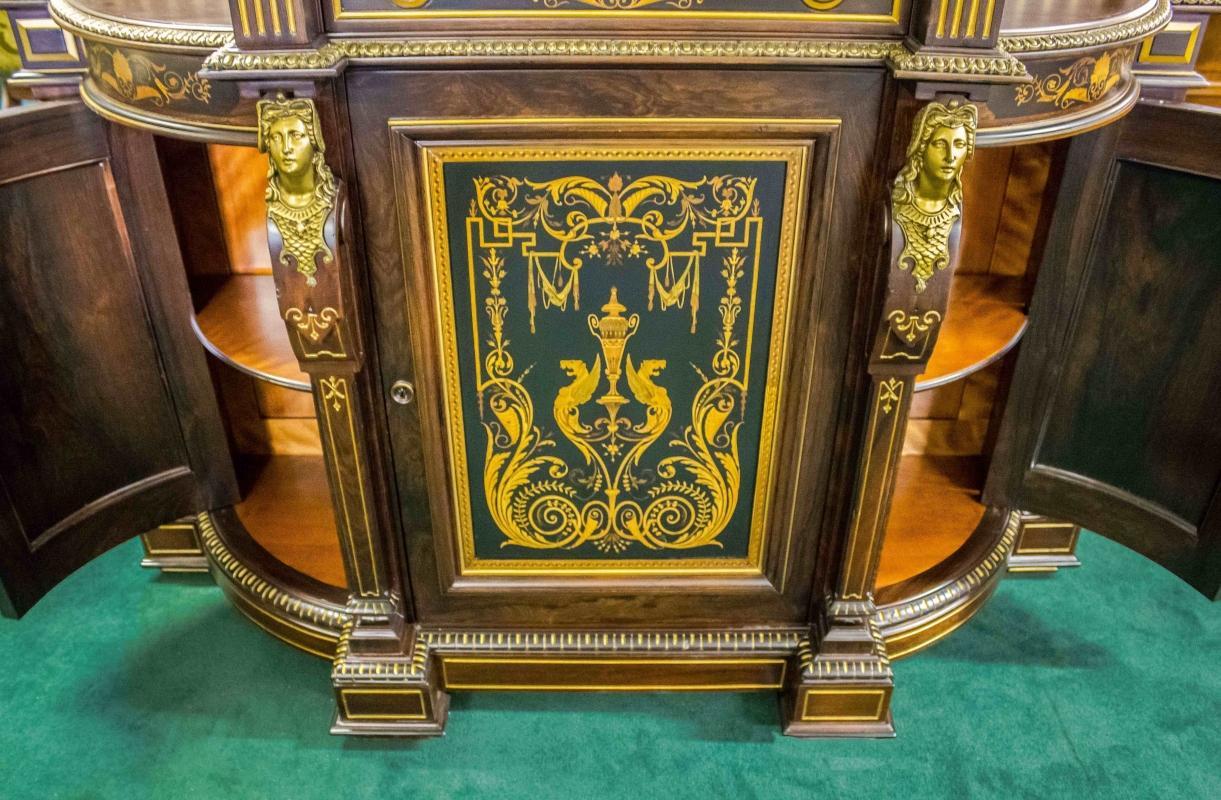 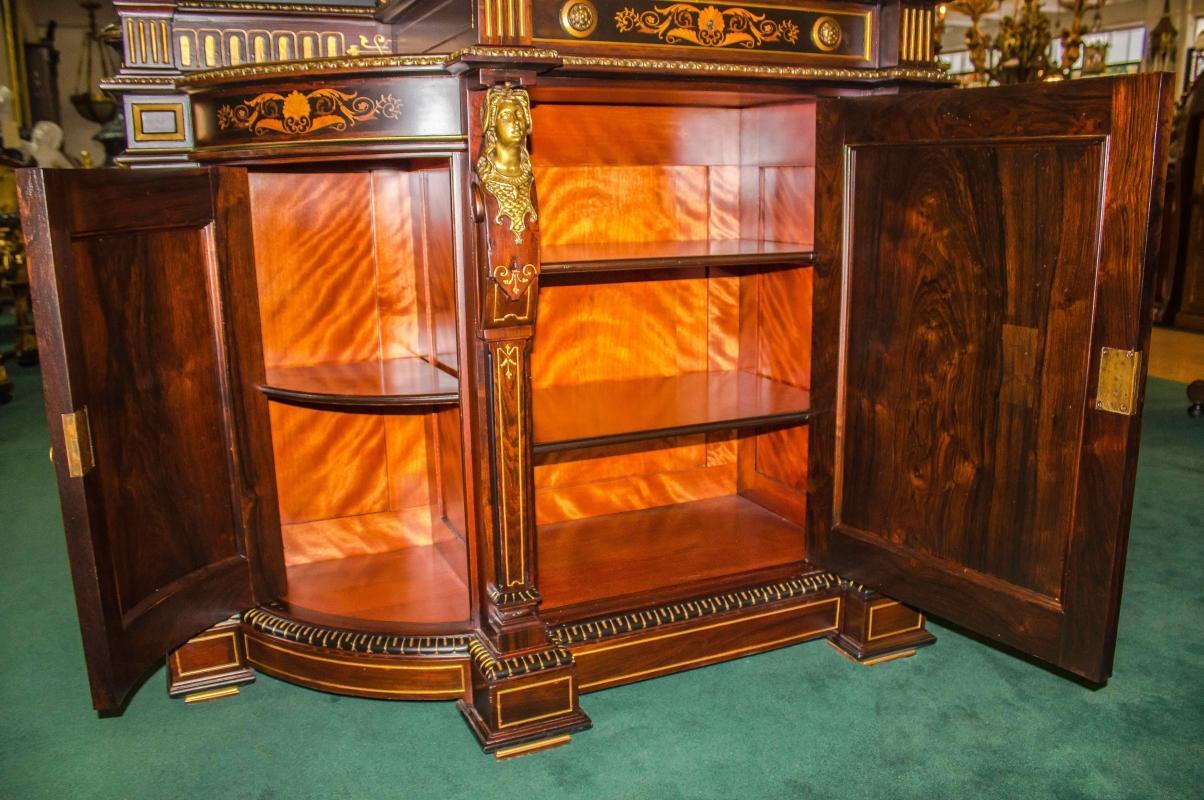 A very rare pair of inlaid rosewood credenzas by Pottier and Stymus, c. 1875. While not identical, the left and right bronze plaques of Roman soldiers are indicative of a matched pair that were sold and used by Napoleon III, Emperor of France (1808-1873) in his royal apartments in Paris.

The cabinets were found in an out of the way shop in Les Puces, the Paris Flea Market, hidden behind layers of dust, dirt and many years of sequestration. The shop keeper told us that they were obtained from a large mansion whose occupants had a lineage to Napoleon III grandson, Jerome Napoleon Bonaparte. Jerome was society in early 20th Century America. He was the last descendant of Napoleon Bonaparte.

Somehow the cabinets made their way back to France. It is not known whether they were made in France or America. It is important to note that Augustus Pottier was French and emigrated to NYC in 1859. He met William Stymus and opened up a cabinet shop next door to the Steinway piano company. At their peak in 1872, they employed 700 men and 50 women. They designed and provided furniture, millwork and cabinetry for the American royals. Rockefeller, the Vanderbilts, Thomas Edison, US Grant and Leland Stanford were just a few of his notable clientele. Pottier & Stymus pieces, although rare, frequent most American museums.