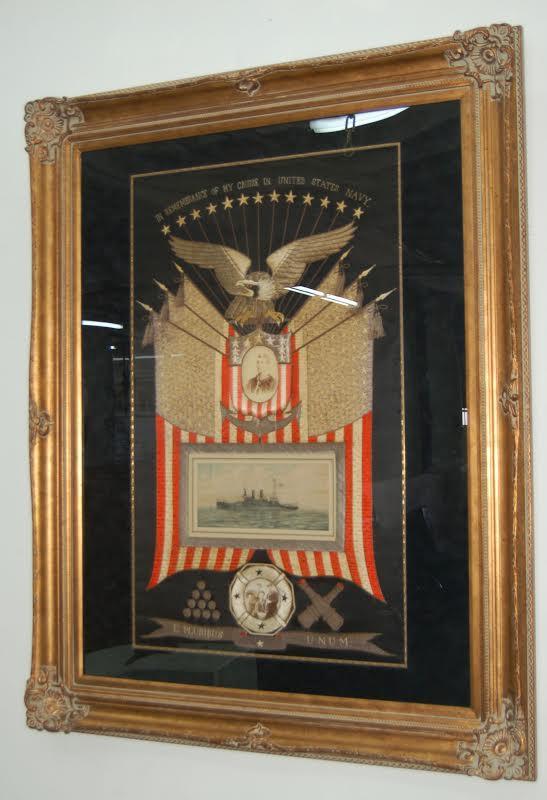 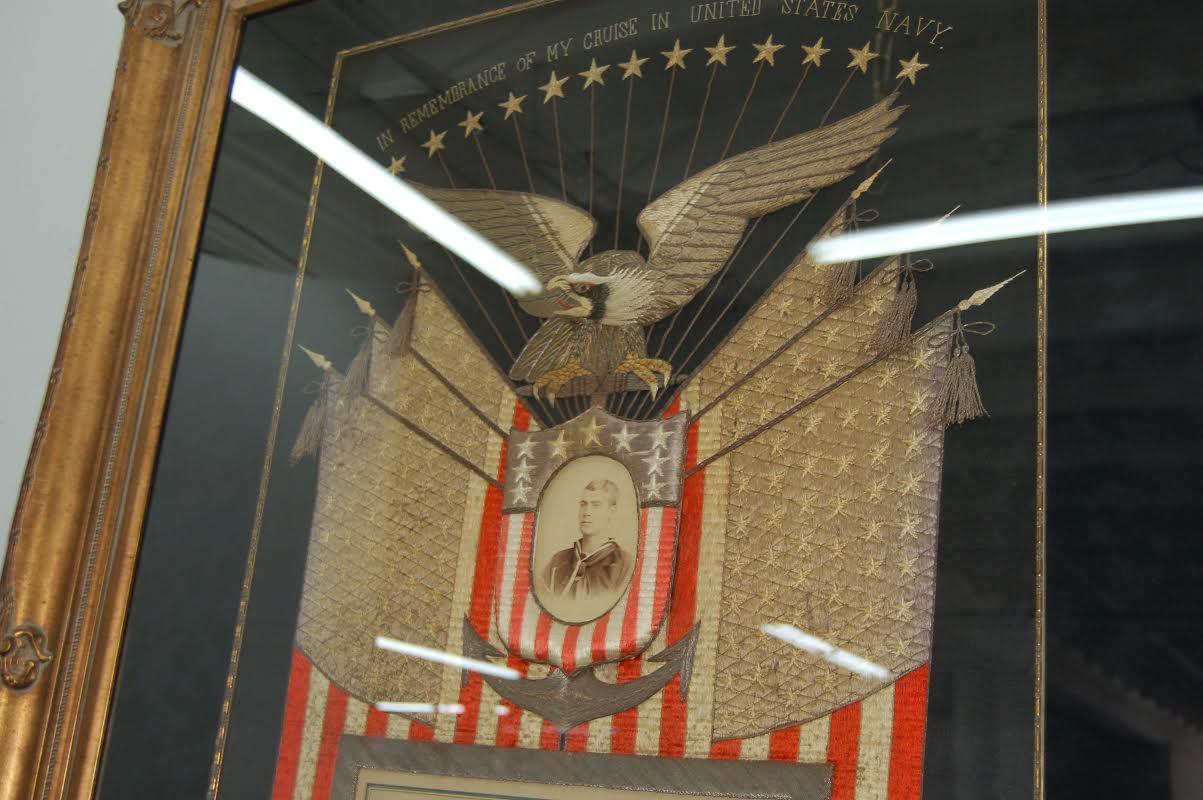 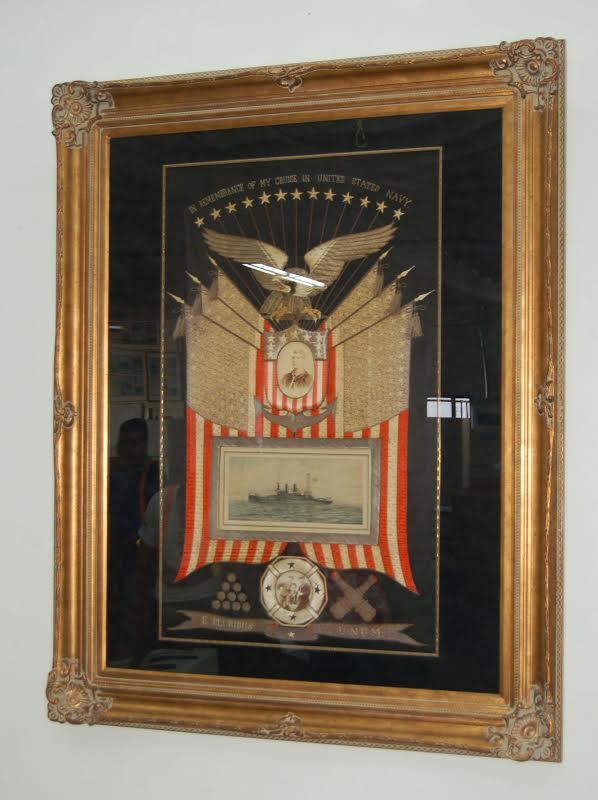 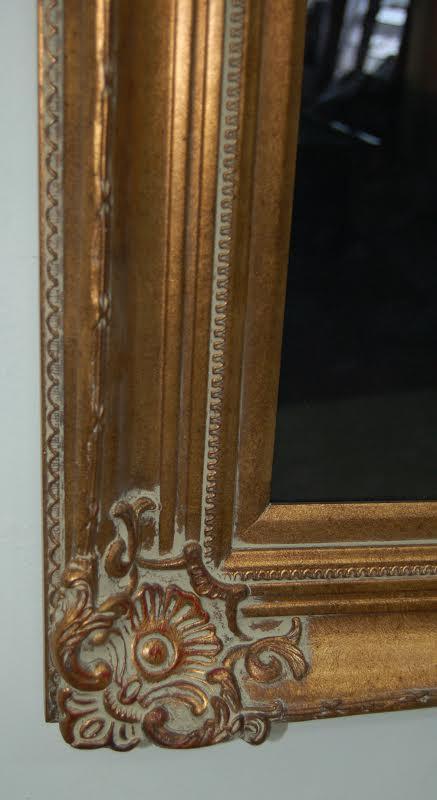 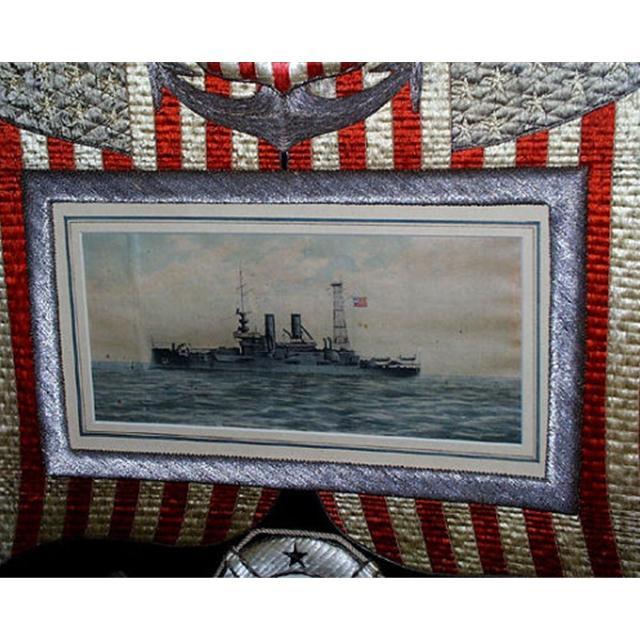 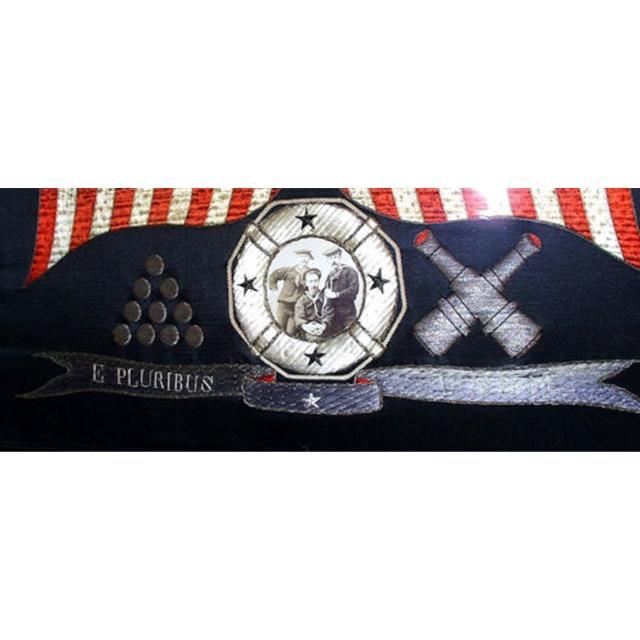 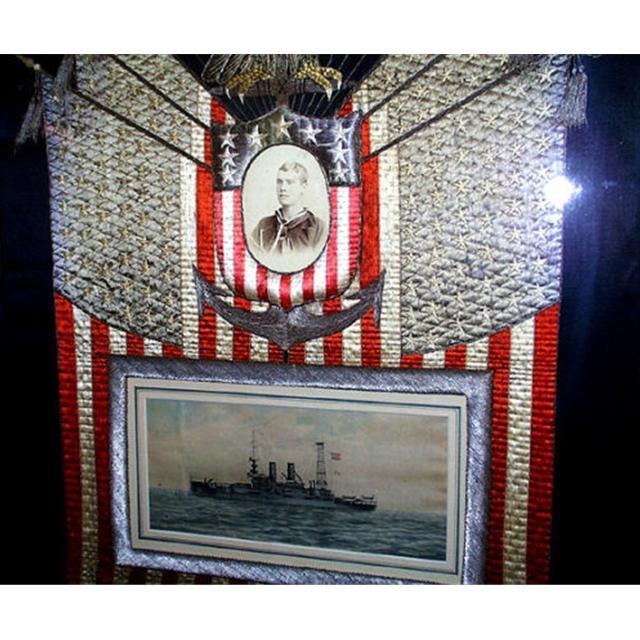 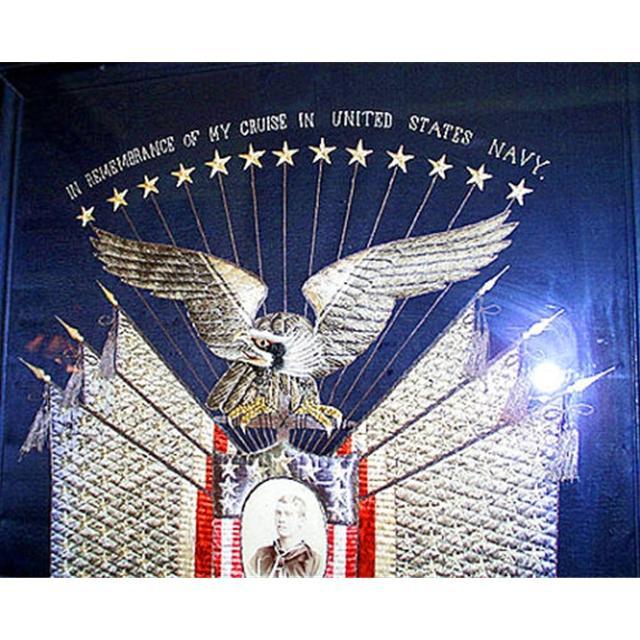 Beautifully framed American silk embroidery. Framed under glass. Eagle crest with glass eye. Metallic threading for anchor. Stars and stripes shield panel. Banner reads 'Remembrance of My Cruise China, Japan and PI' Painting on silk in lower panel with silver threaded framing around it. Teddy Roosevelt decided that America needed to deal with its Asian neighbors so he opened trade with them. It was called the Open Door policy. Gunboat diplomacy originated here. These were made for the American fleet so that the sailors could be sent home souvenirs from the orient.

At the end of the 19th century the United States was rising as a world power. The U.S. Navy cruised the oceans to Show The Flag to emerging Far East countries. Merchants in the 'Treaty Port' cities of Hong Kong, Tokyo and Manila commissioned artisans to adapt their skills to create beautiful low relief embroideries for sailors and officers who visited their ports. They mixed gold, silver and copper silk thread along with hand painted panels of their ships to create a highly effective memorial of their visits to these ports.

Embroideries featured their national symbols in impressive compositions with lovely detail work. They came in various sizes and designs. The ones owned by AT represent the largest and most impressive of those ever created. These pieces featured their ships done in one off original paint, a series of flags from the different Treaty countries, a photograph of the young sailor and often times a photo of his captain.

Most were special ordered and turned out in an efficient fashion in time for the sailor’s departure. These exceptional creations were the highest expression of this art form. They were also the most expensive and delicate works of the genre and consequently few were produced.

These finely done highly detailed original guache paintings are portraits of U.S.Navy Armored Cruisers of the 'PENNSYLVANIA' or 'DREADNAUGHT' class, 1906, flying an Admiral's pennant these were likely the flagships of the Pacific Fleet.

This rare example is exceptional in its size, condition, inclusion of the sailor's photograph, and inclusion of a fine original painting of his ship. We have presented it in a magnificent gilt frame so that it can hang in a man’s library as a piece of art.