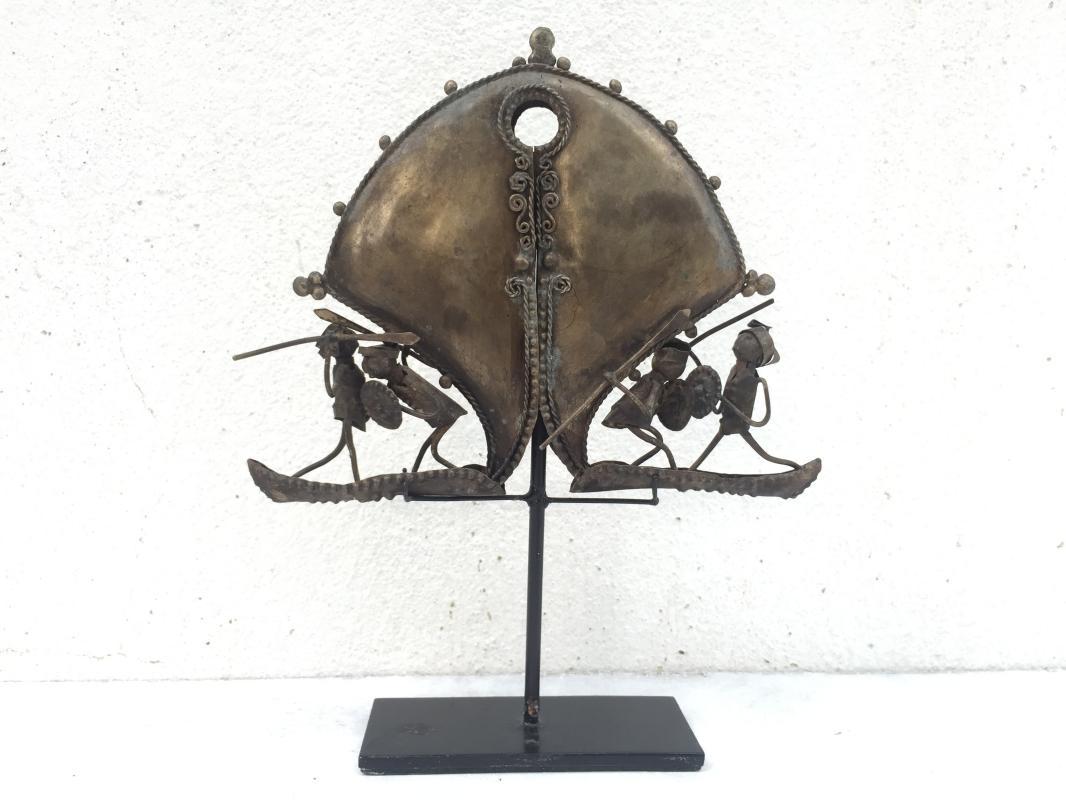 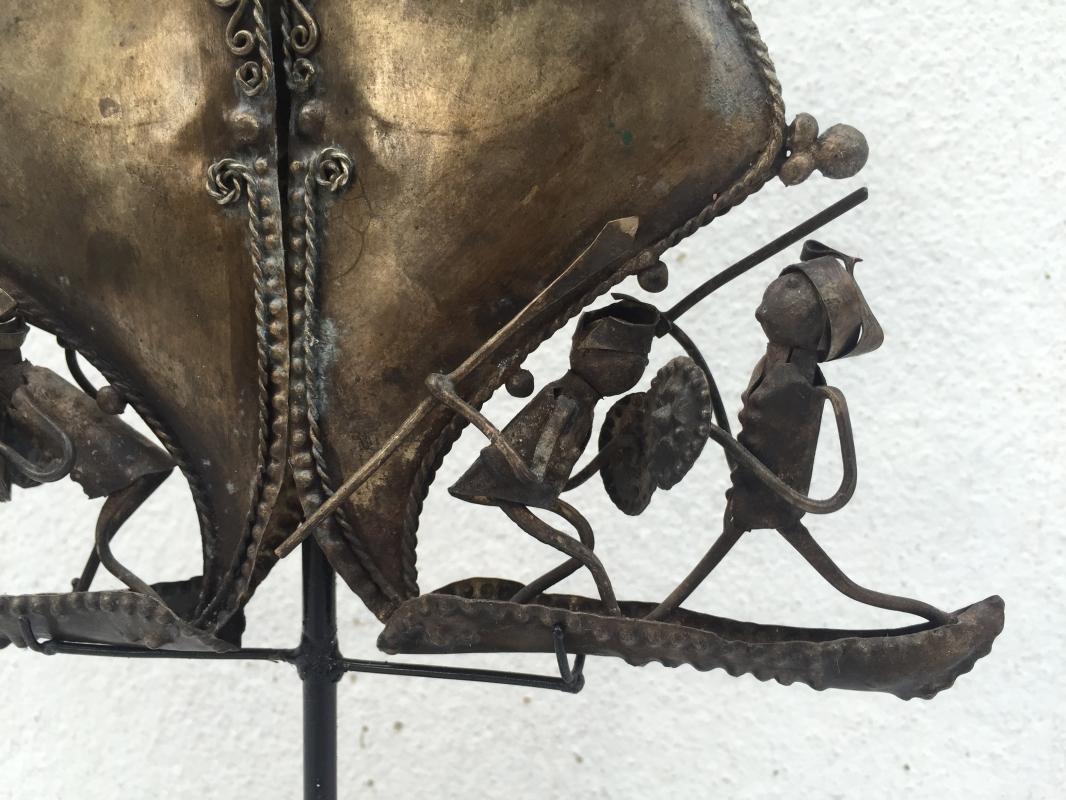 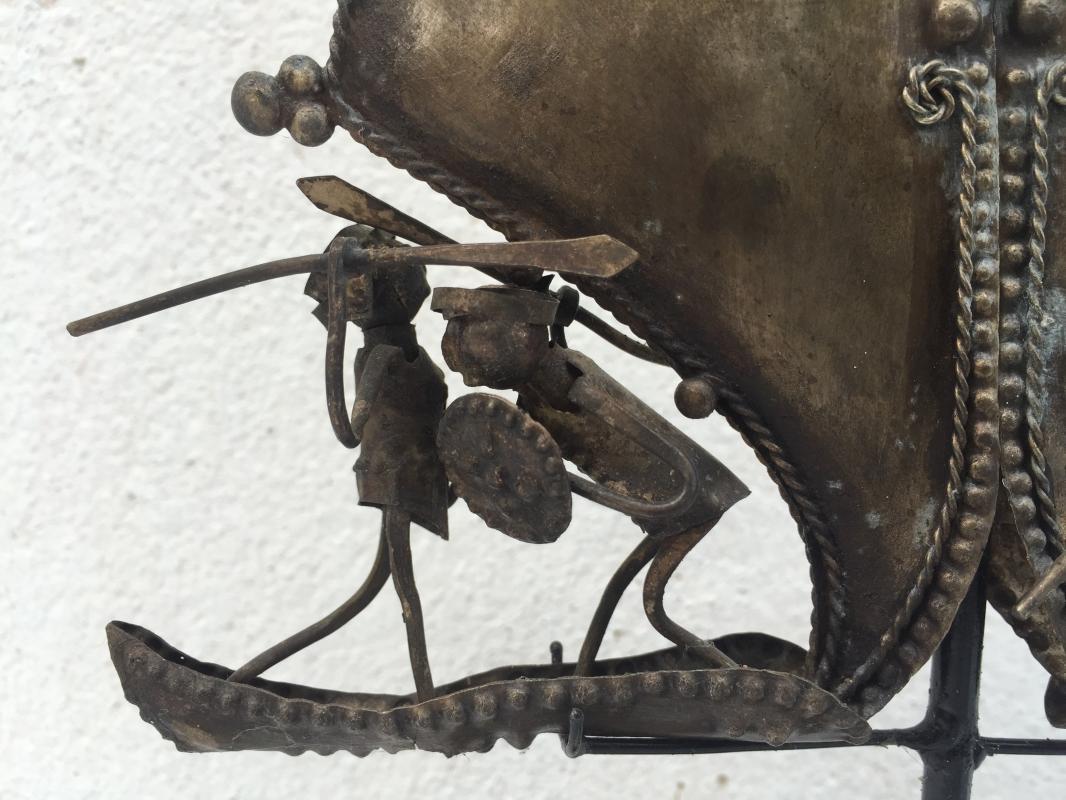 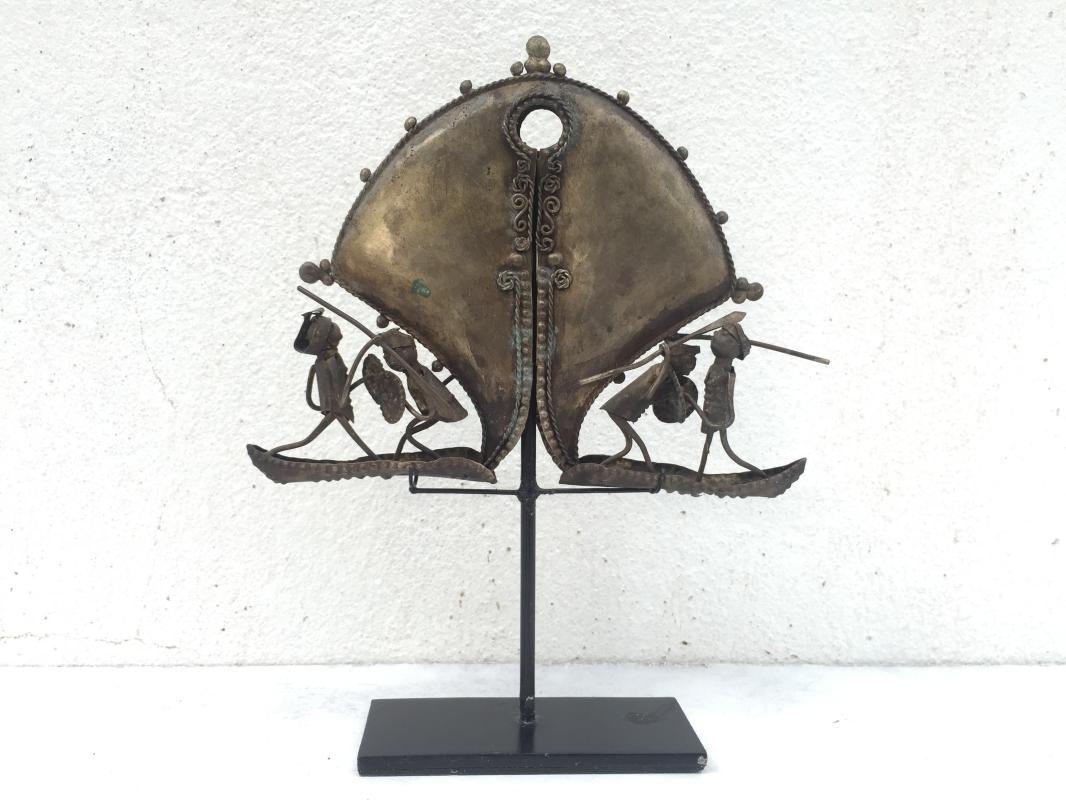 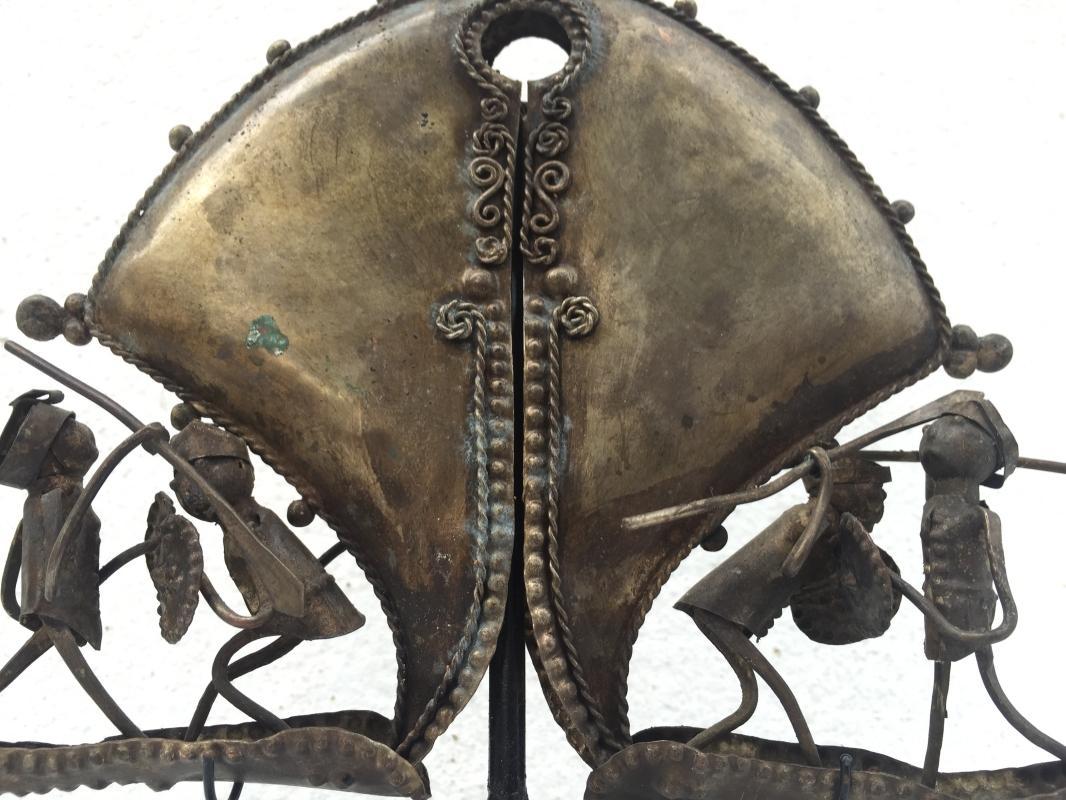 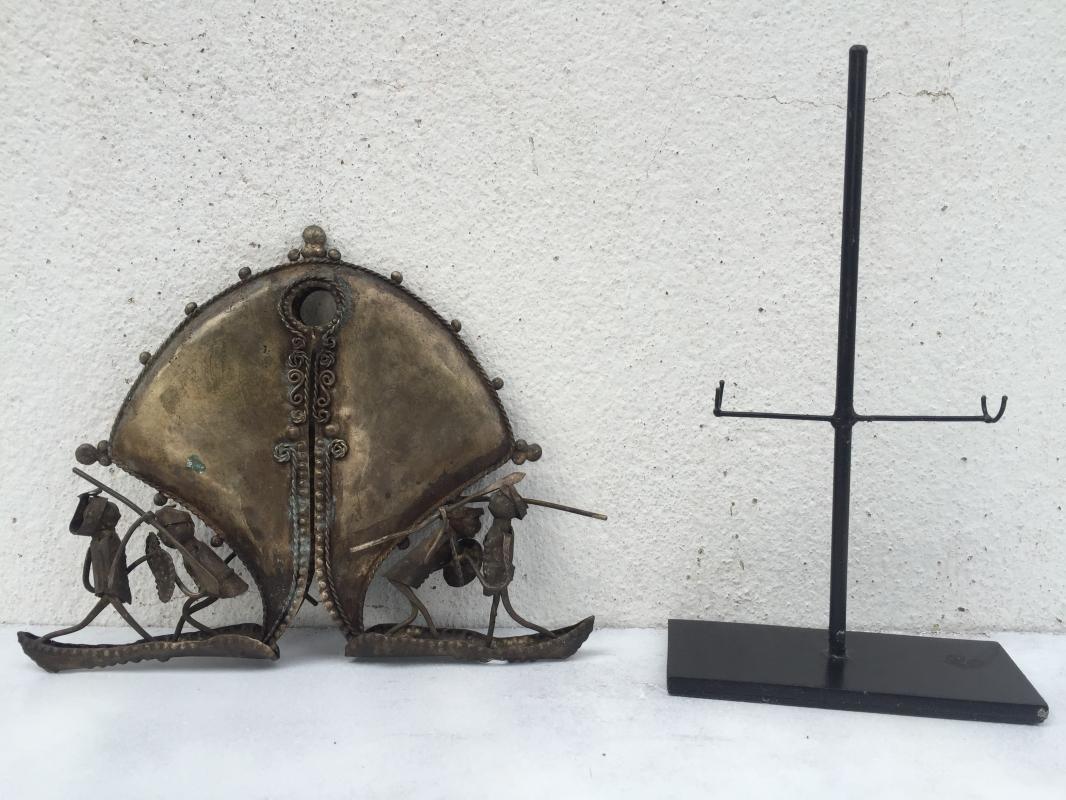 A SUPERSIZE XXXXL (width:175mm) silver alloy Mamuli of extravagant concept; four fighting men armed with lances and spear, decorate the bases in realistic warlike poses. A sacred treasure object, not a simple ornament or marriage exchange gift. At a social functional level such Mamuli are lavish prestige objects of a privileged class able to amass a huge wealth, thanks in part to well-timed political alliances in the era of trade in horses with the Ducth. Stand included. Circa 1960.

Gold and Silver Alloy ornaments play a central role in marapu, the indigenous religion of the island of Sumba in eastern Indonesia, which continues today. In earlier times, when the Sumbanese practiced artificial elongation of the earlobes, mamuli were worn as ear ornaments, but today they are hung around the neck as pendants or attached to garments.

The overall forms of mamuli represent stylized female genitalia; however, each is considered either male or female depending on its secondary characteristics. Male mamuli, such as the present work, have flaring bases, which, in the finest examples, are embellished with minute figures of humans, animals, or other subjects. This exquisitely detailed mamuli depicts warriors clad in turbans and loincloths brandishing swords and shields as they stride boldly forward accompanied by smaller figures, who appear in attitudes of supplication.