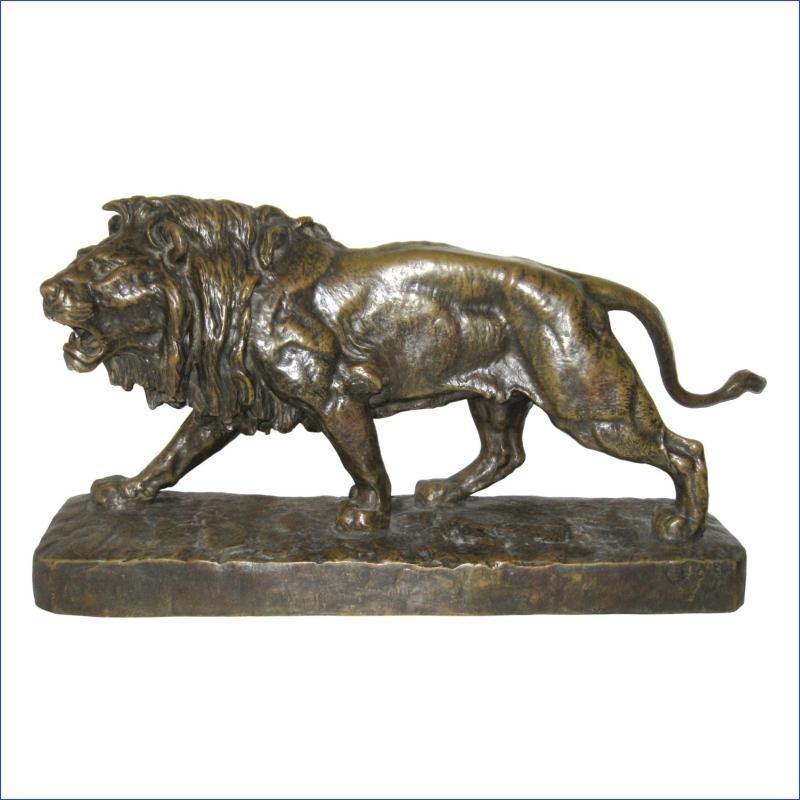 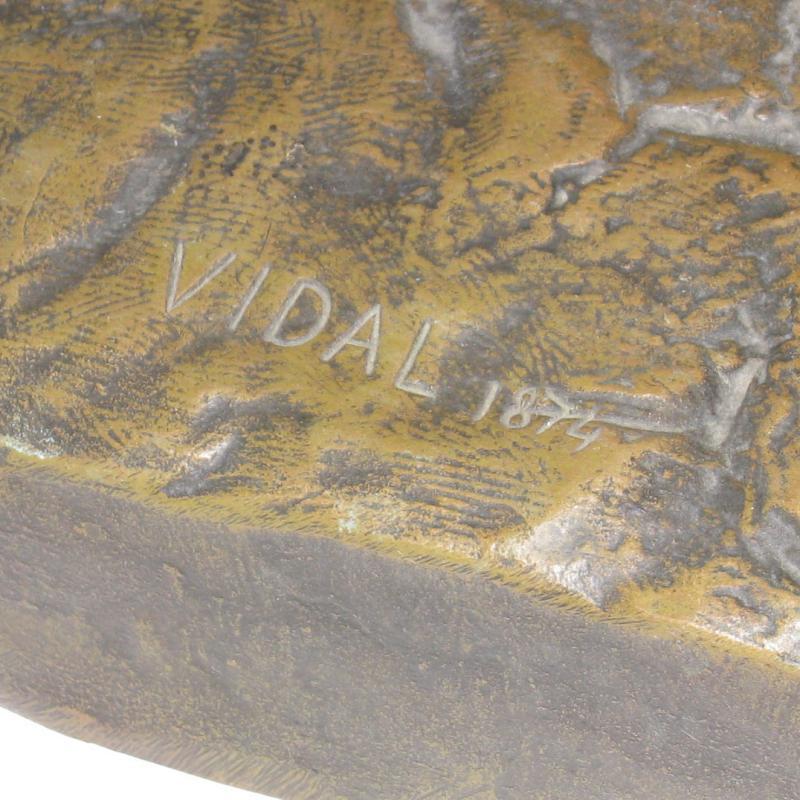 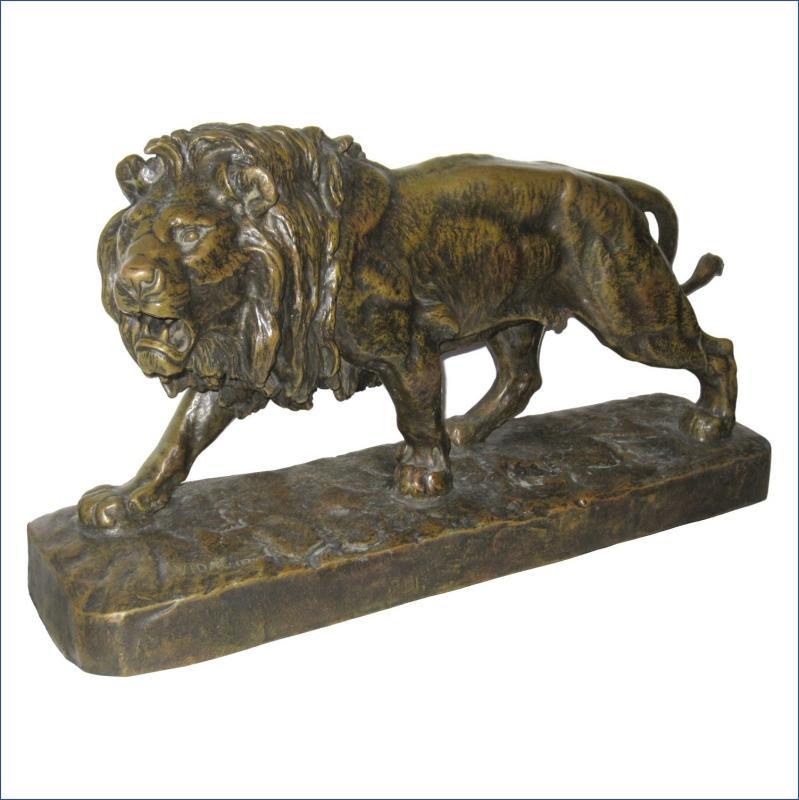 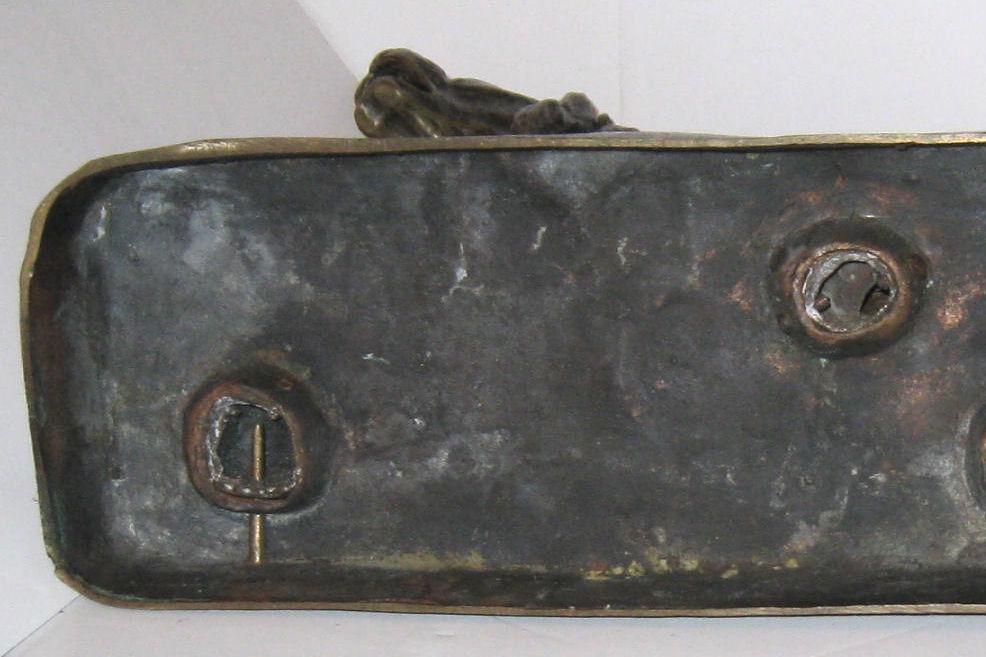 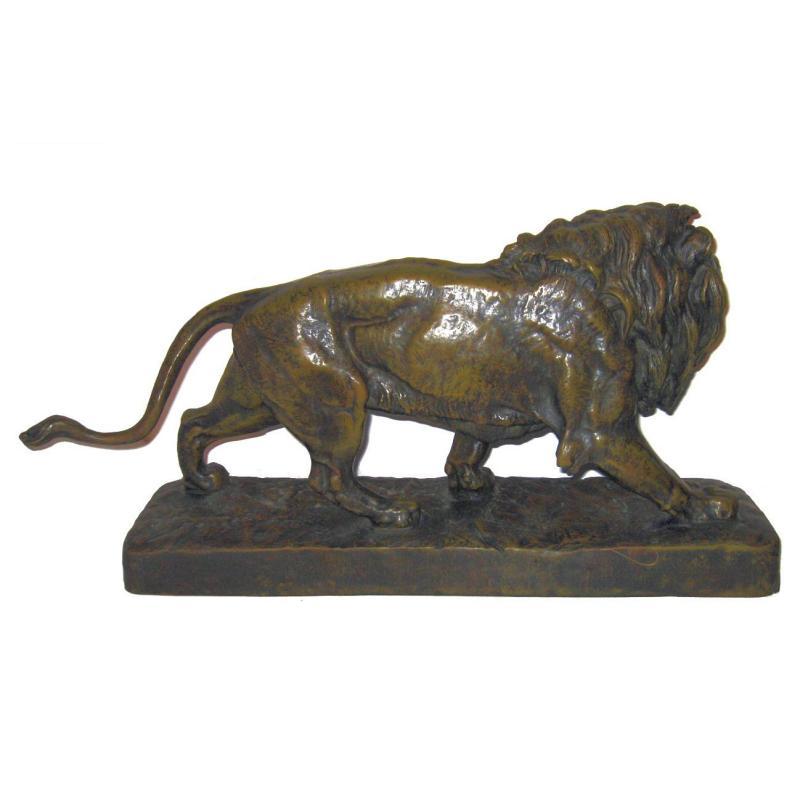 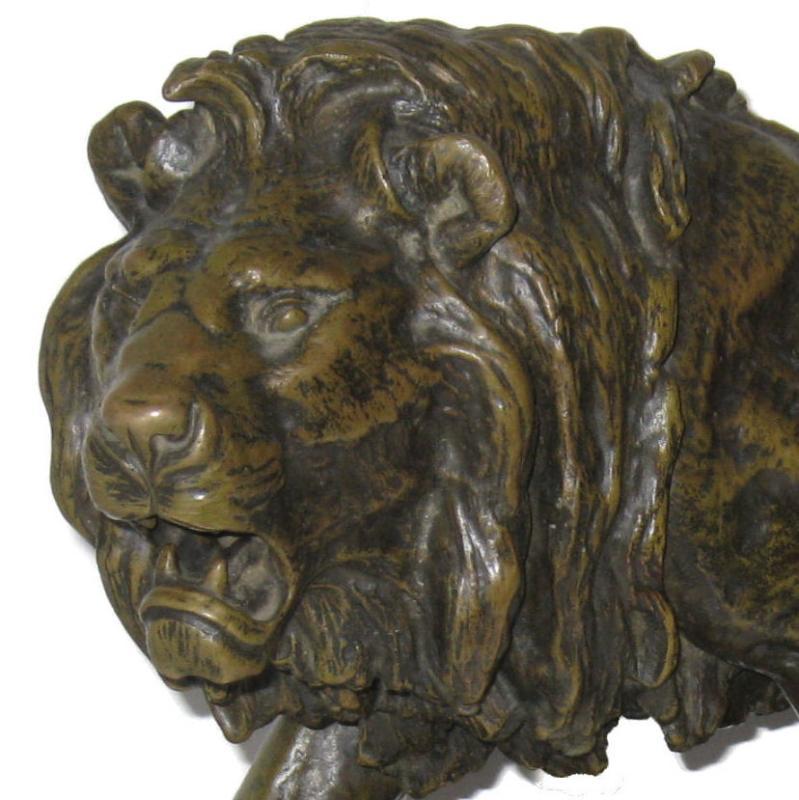 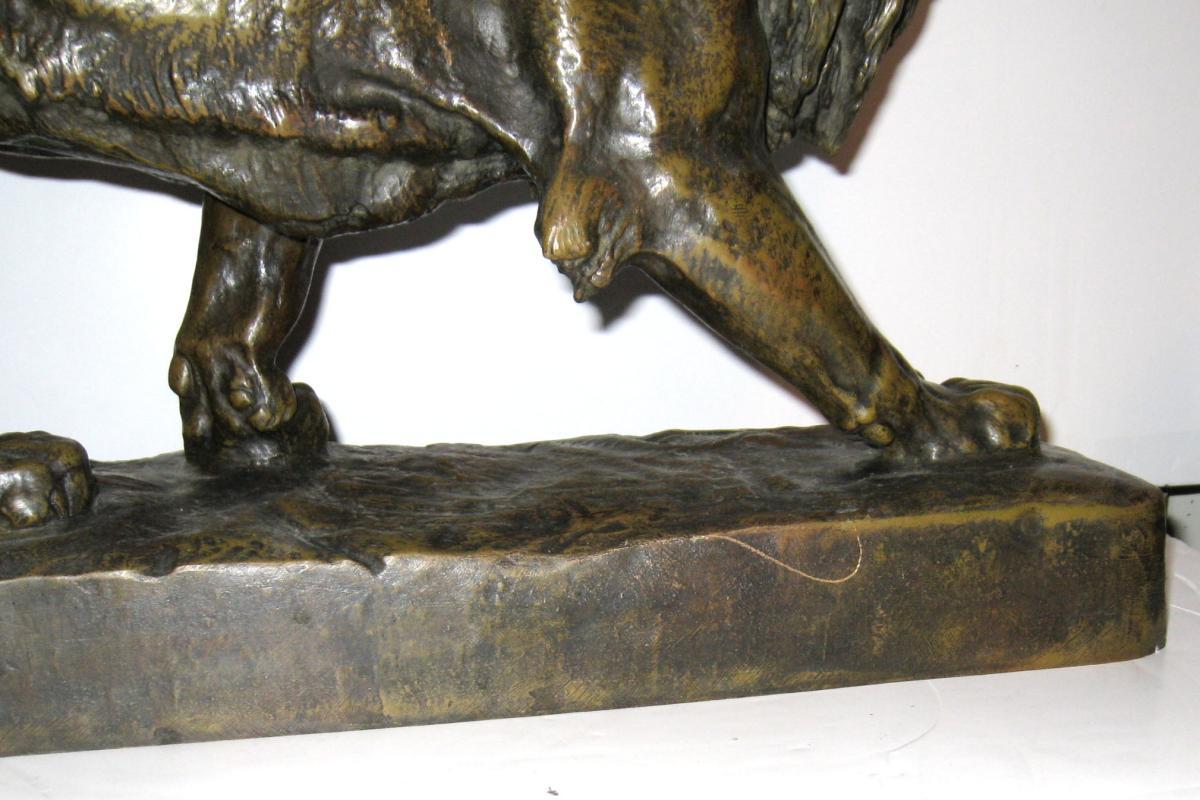 This fabulous, large patinated bronze sculpture by the accomplished French animalier, Louis Navatel Vidal (1832-1892) depicting a roaring female lion measures 27.5" wide, 14" tall and 7" deep. It carries a cast signature with the year 1874, and no foundry mark. The lion figurine was cast separately from the plinth and affixed with bolts.  Condition is good.  There is a visible vertical scratch through the patina visible on the base on the rear as shown in our image.

It has been reported Vidal's teacher, Antoine Louis Barye, brought him to the Jardin des Plantes zoo in Paris where he was provided access to a female lion, and ran his hands across the coat of the animal during a period where his sight was failing or had already failed completely.  Despite suffering from an eye disease since childhood that took his sight, he became and remained an extraordinary sculptor, even after losing his sight completely.  In fact, many of his works are signed Vidal aveugle (Vidal the Blind).

Vidal studied under Antoine Louis Barye (1795-1875) and Pierre Louis Rouillard (1820-1881).  He first exhibited at the Paris Exposition in 1855 and debuted at the Salon des Artistes in Paris in 1859, winning a bronze medal, and continued to exhibit there annually through 1892.  In 1888 Vidal became professor of modeling at the L'Ecole Braille in Paris.