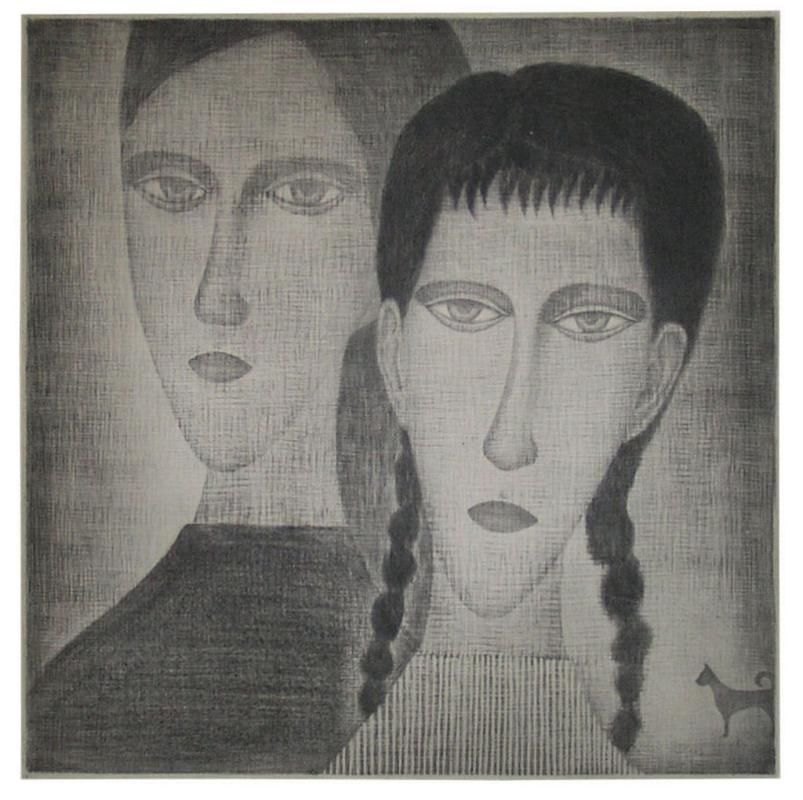 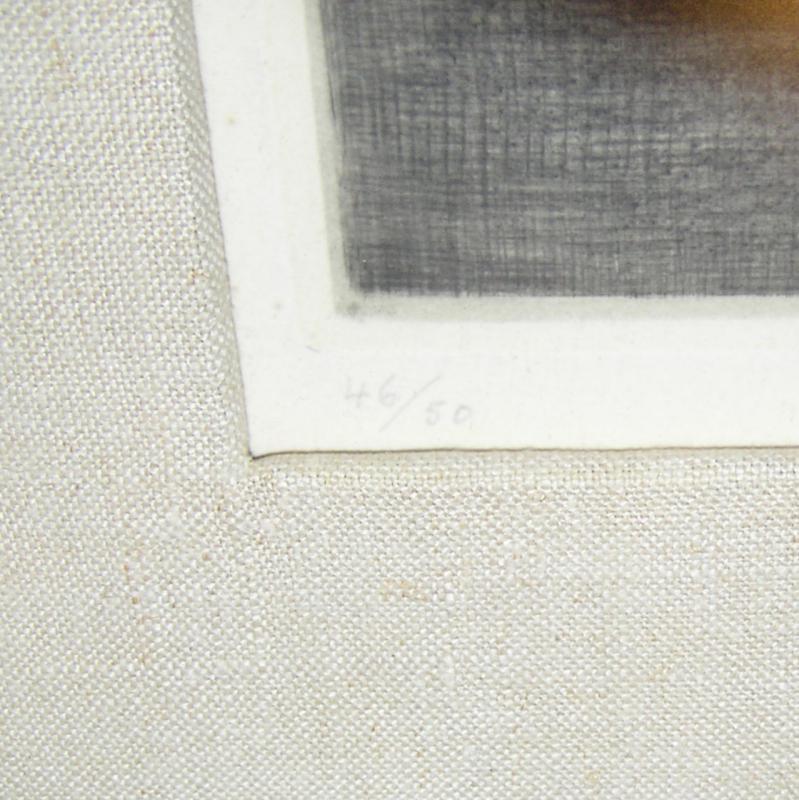 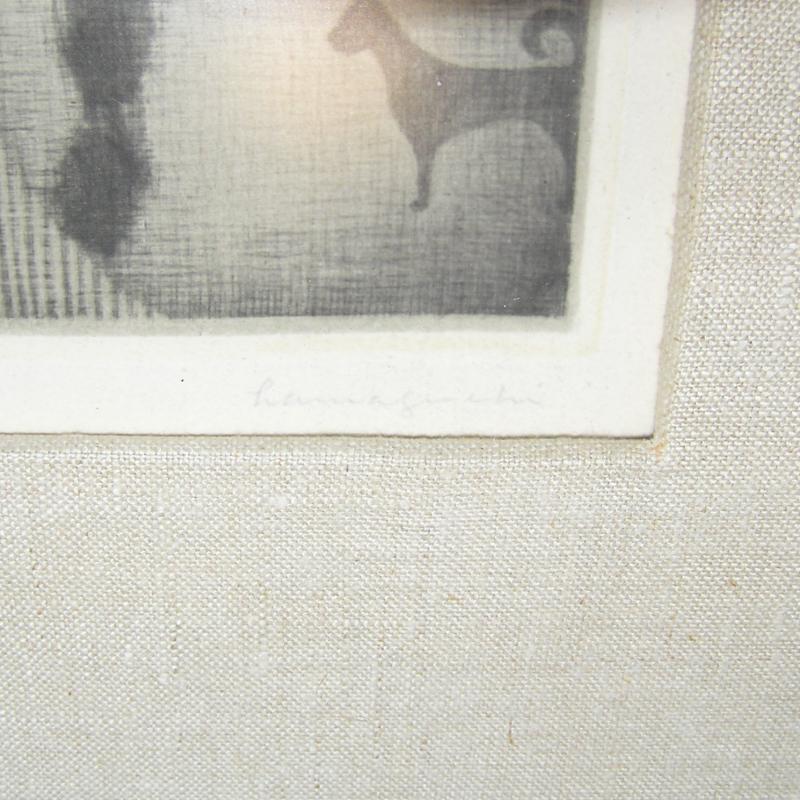 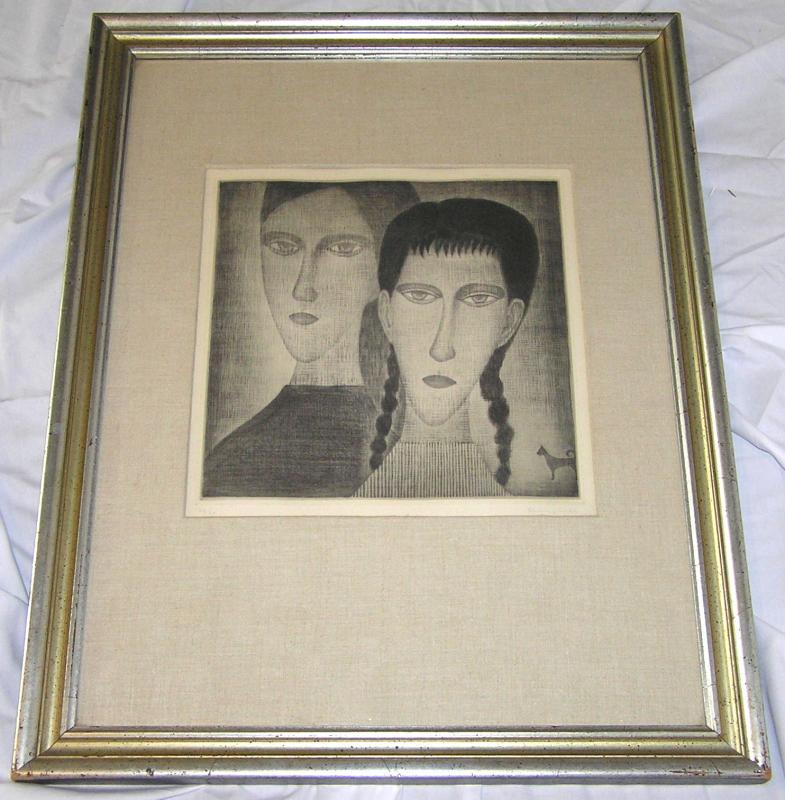 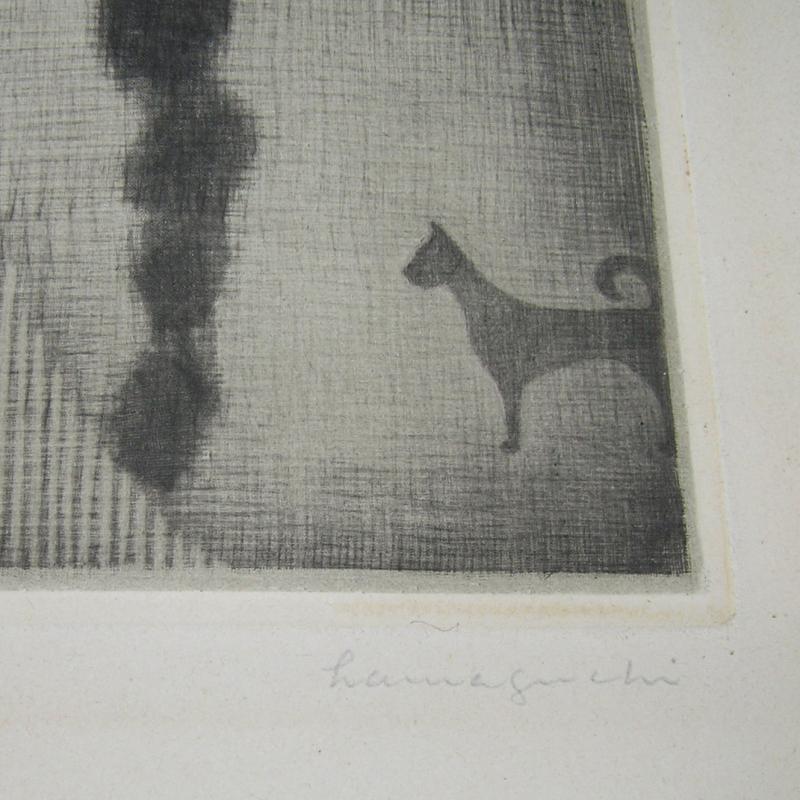 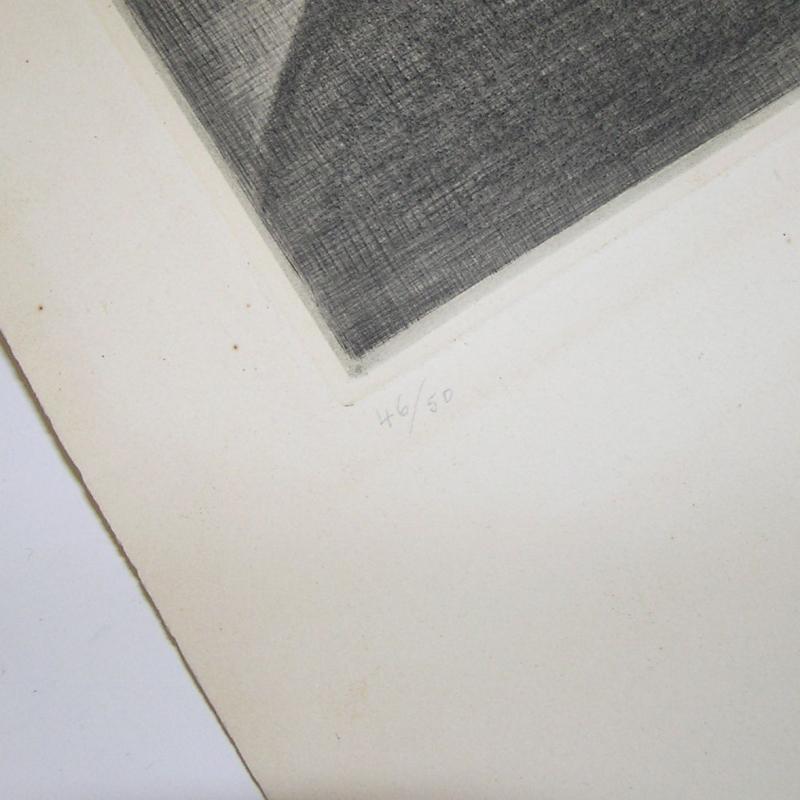 This mezzotint print, entitled Gypsy, was produced in 1954 by Yozo Hamaguchi (1909-2000), the important artist and printer commonly known as the father of the mezzotint process. Numbered 46/50 and signed by the artist in the margin. Professionally matted and framed under glass. Exposed print measures approximately 12 x 12 inches. Frame measures 20.5 x 26.25 x 1 inches.

This haunting work depicts a pig-tailed woman and man with a small dog in the lower right corner. While there are many hundreds of Hamaguchi prints which have appeared at major auction in the past couple decades (the artnet database includes over 800  works), only a few other Gypsy prints from the original run of 50 have ever appeared at major auction. At Christie's New York on 11/19/90, a Gypsy mezzotint sold for a whopping $28,600, roughly half the value of the highest selling Hamaguchi print known to have sold at auction.

Two Fish Prints Framed This is two prints of