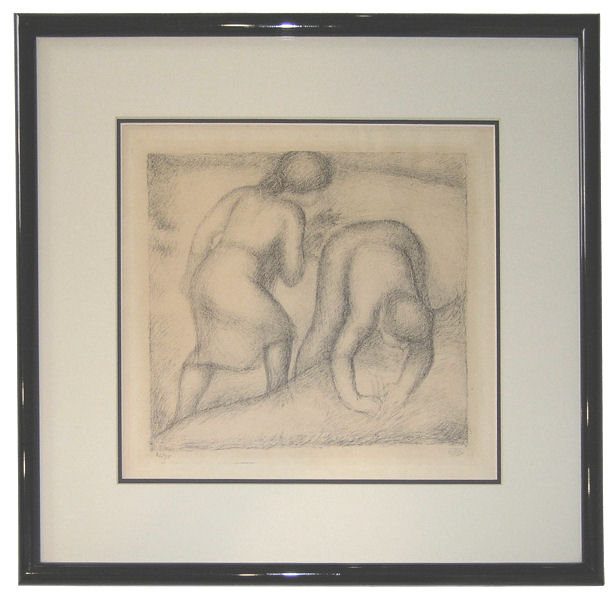 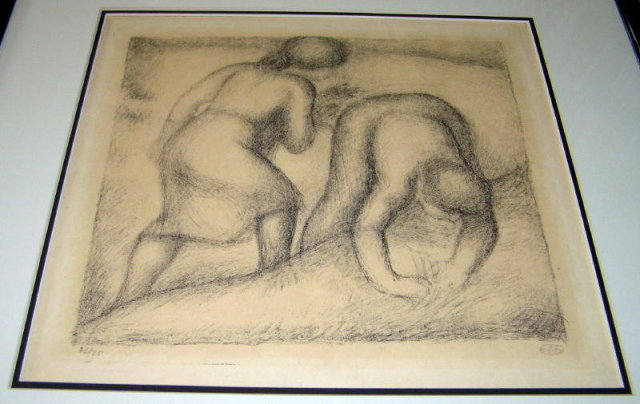 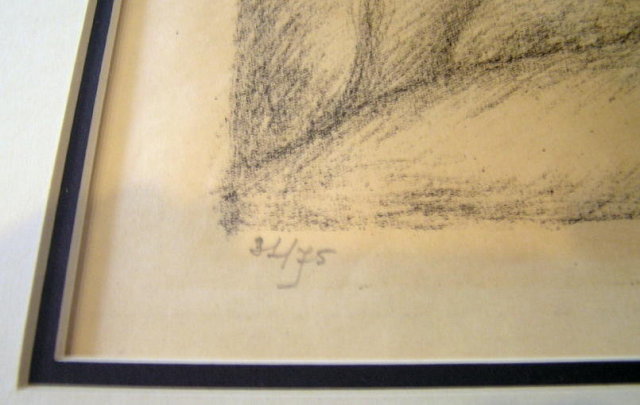 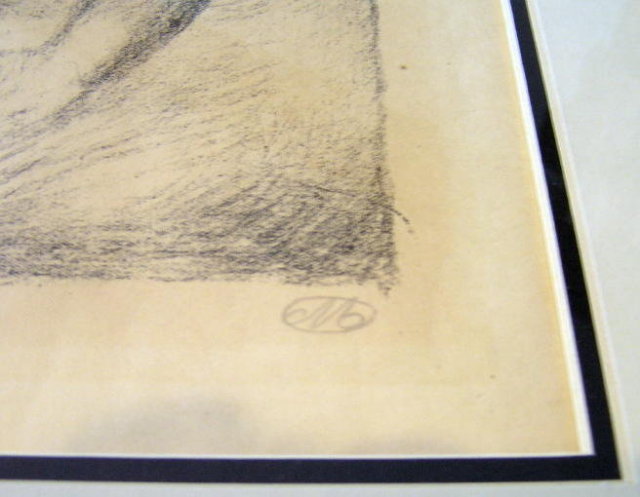 This important lithographic print by Aristide Maillol (1861-1944) was produced in 1926 and is known as Les Glaneuses or in English The Gleaners. (A gleaner gathers grain left behind by a reaper.) Matted and framed under glass. Excellent condition. Exposed print measures 13.5 x 13.5 inches and frame measures 20.25 x 20.25 inches. Signed in margin on left side " 31/75 " with the artist's monogram signature on the right. This work was purchased in 1951 from The Print Club in Philadelphia and is being sold here on behalf of the owner. Maillol was born in Banyuls-sur-Mer, Roussillon. He began studies at the École des Beaux-Arts in 1885 under Jean-Léon Gérôme and Alexandre Cabanel. Contemporaries Pierre Puvis de Chavannes and Paul Gauguin were important early influences. In 1893 Maillol opened a tapestry workshop in Banyuls and soon gained recognition for helping to renew the art form in France. He was over 40 years old in 1895 when he began producing small terracotta sculptures and he thereafter ceased his work in tapestry. Maillol focused on the female figure throughout his two and three dimensional works. The figurative style of his bronzes is viewed by many as a precursor to the simplified styles of Henry Moore and Alberto Giacometti. His works are held in the permanent collections of numerous museums across the globe, including the Museum of Modern Art in New York, the Hermitage Museum, the Fine Arts Museums of San Francisco, the National Galleries of Scotland, the Cleveland Museum of Art, Ceret Museum of Modern Art, the Middelheim Open-Air Museum for Sculpture in Antwerp, the Royal Museums of Fine Art in Brussels, the Nasher Sculpture Center in Dallas, the Philadelphia Museum of Art, the Tate Gallery in London, the Von der Heydt-Museum in Wuppertal Germany, and the Musee Maillol (museemaillol.com) in Paris, among many others. Additional images forwarded upon request. Thanks for visiting. Please let us know if you have any questions or comments.