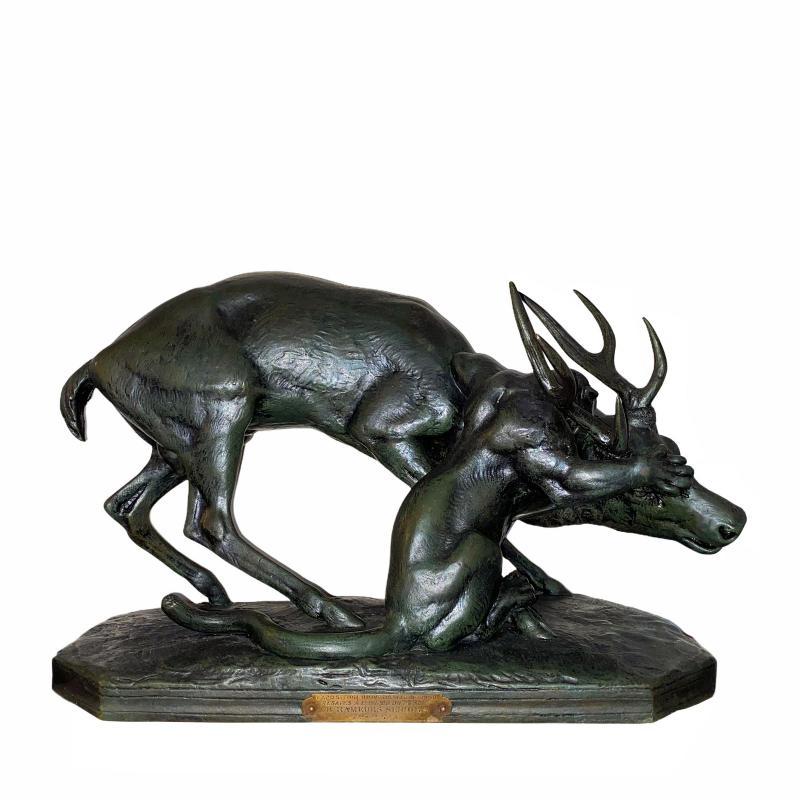 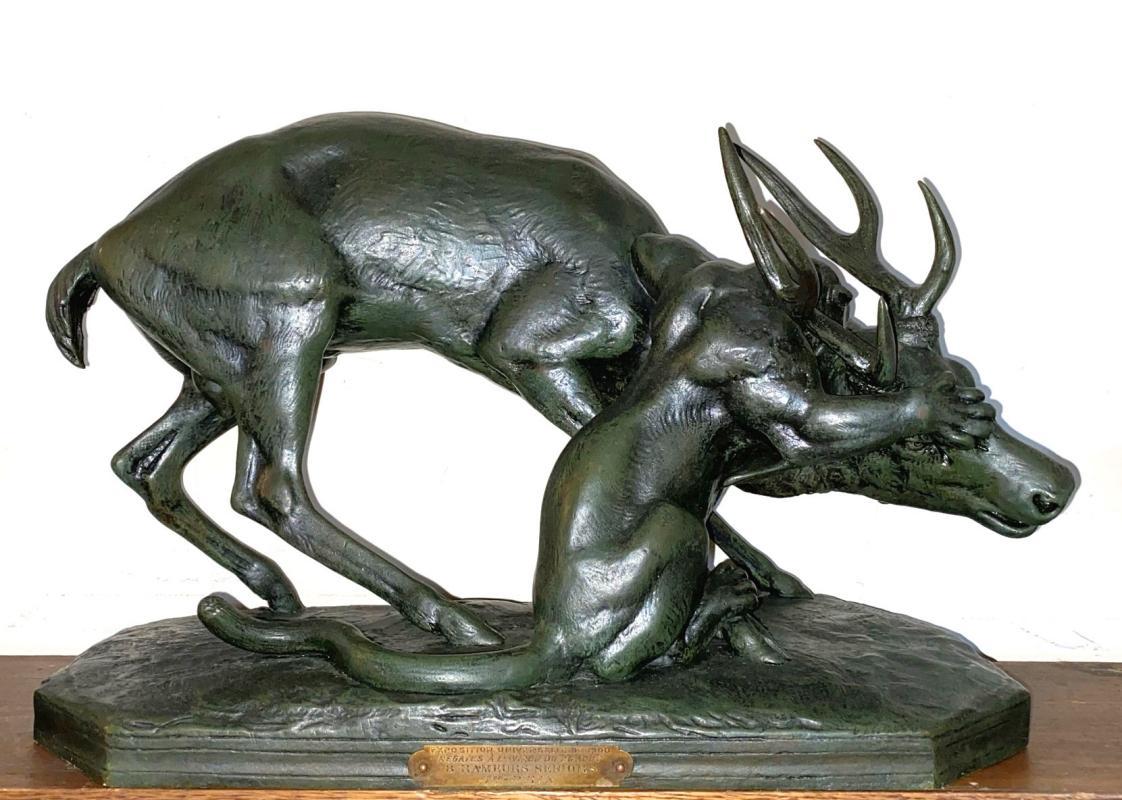 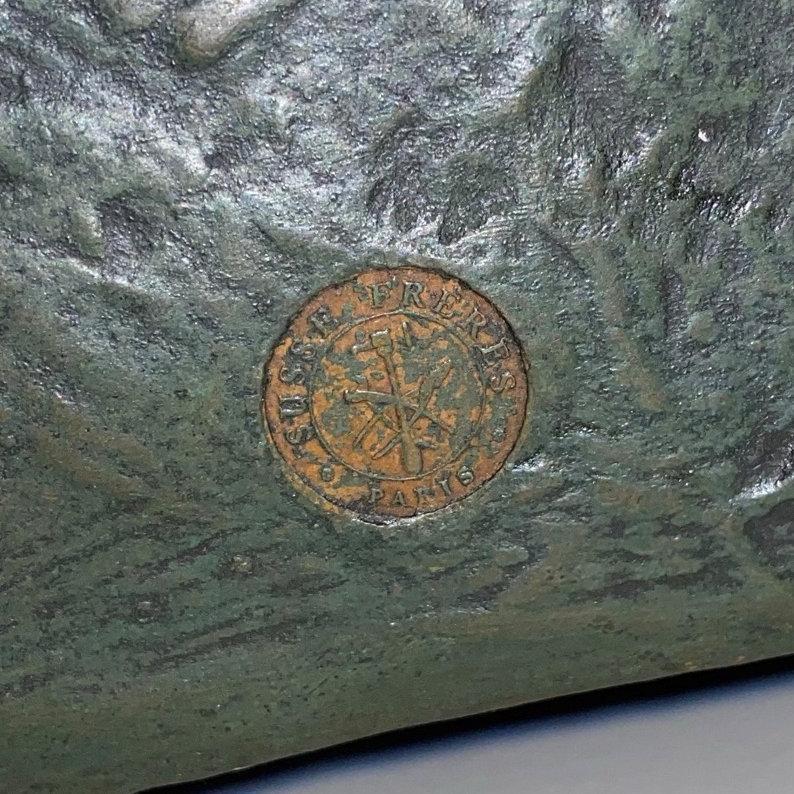 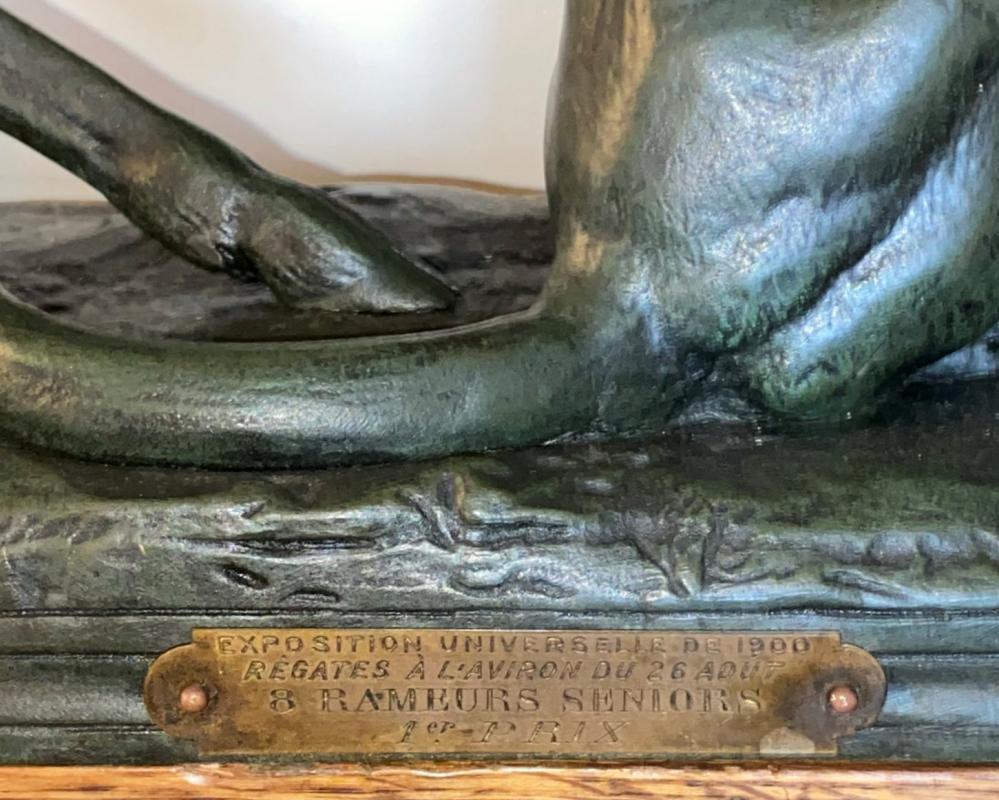 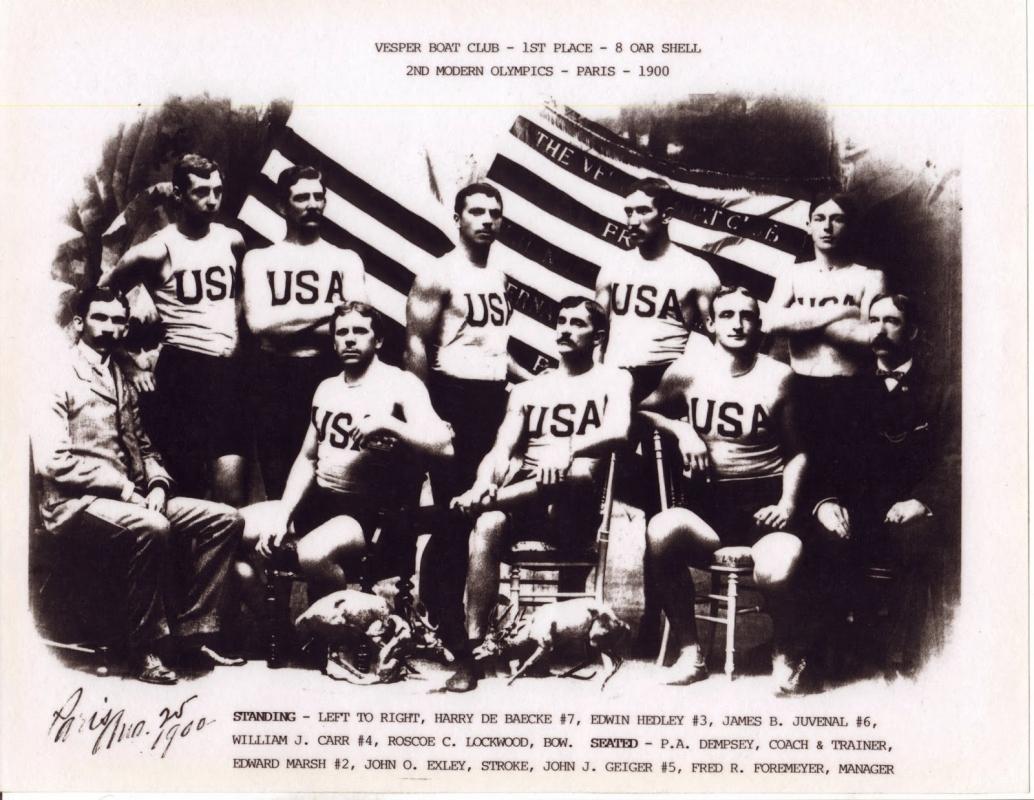 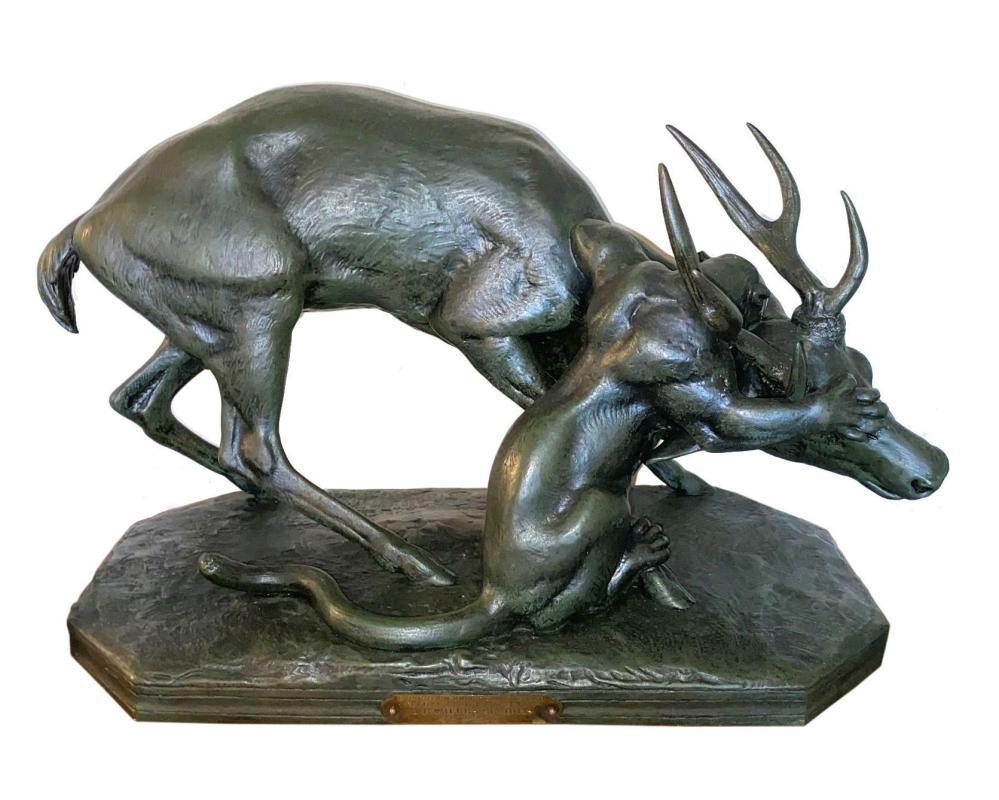 Our bronze after Antoine-Louis Barye (1796-1875), depicting a panther attacking a large male deer was cast by Susse Freres in Paris and presented at the first prize trophy to the American team that triumphed in the Huit Rameurs Seniors (Senior Eights) regatta at the Exposition Universelle in Paris in 1900, the first Olympics rowing regatta.  See our photo here of the winning team with the bronze in the foreground, apparently one of two (or more) that were awarded the team of eight.  (Source: The Birth of Modern Olympic Rowing by Greg Denieffe, June 24, 2014.)

It has a dark green patina, is signed in the cast and carries the stamped mark of the foundry, and a brass plate on front.  Measures:  21 by 12.75 by 10.5 inches.  Brass plate reads:

The races on the Seine in Paris in 1900 were the first international race of its kind in the modern era.  Winners of the Senior Eights were the Vesper Boat Club, the legendary club founded in 1865 on the Schuylkill River in Philadelphia.