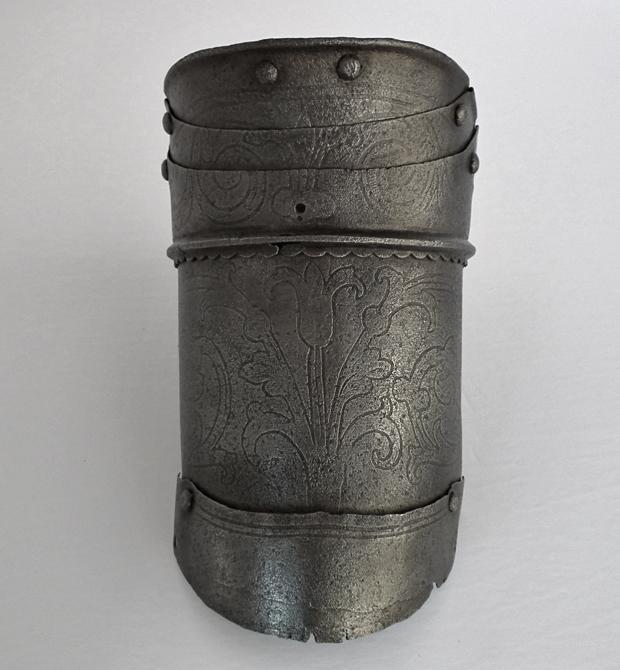 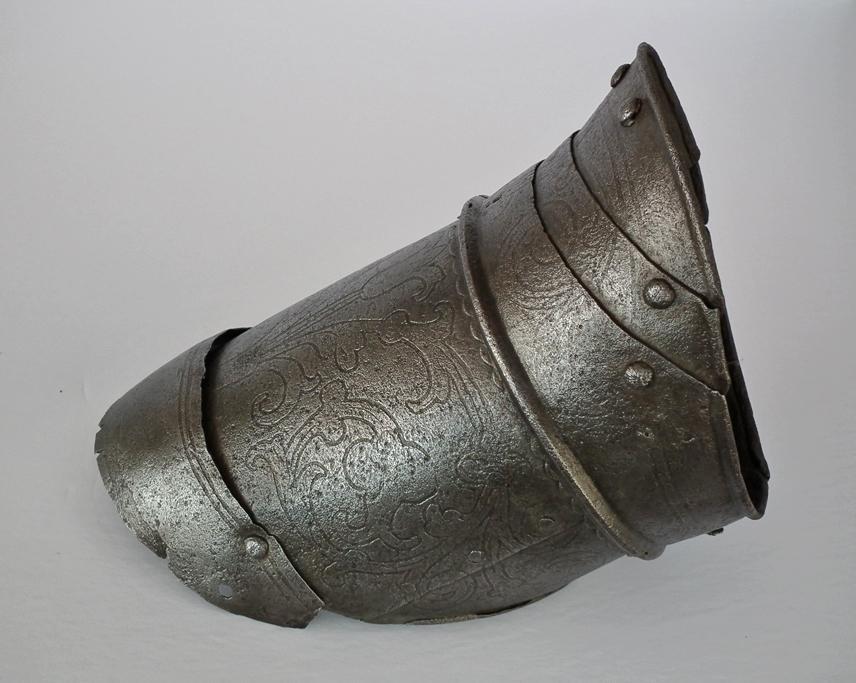 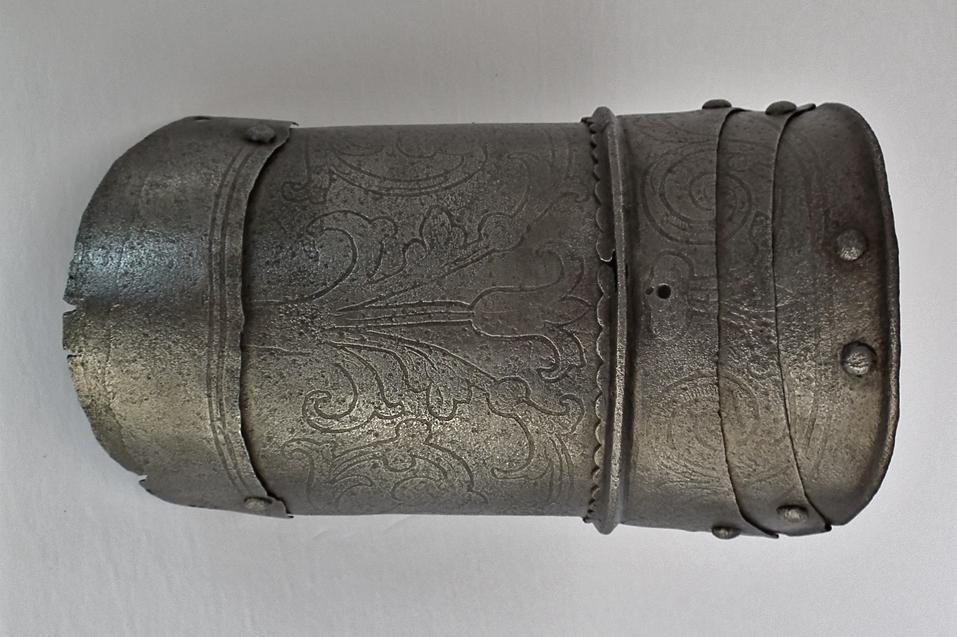 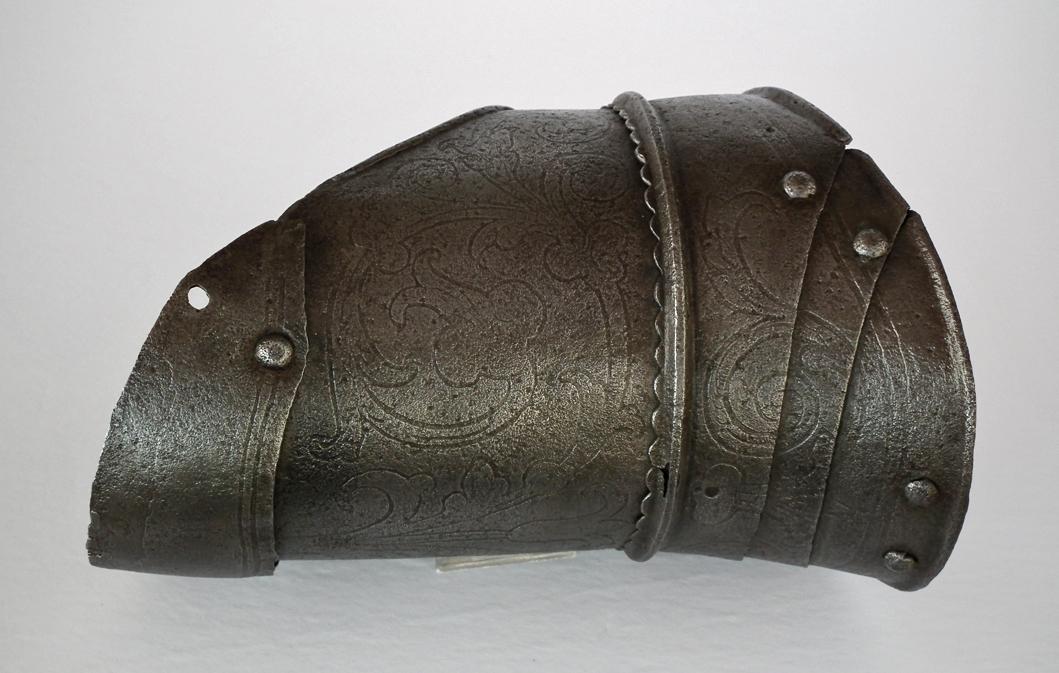 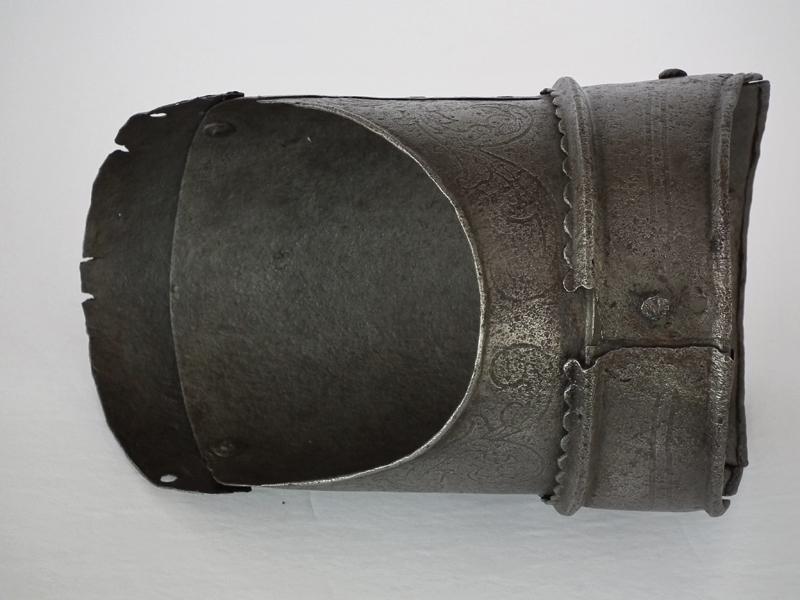 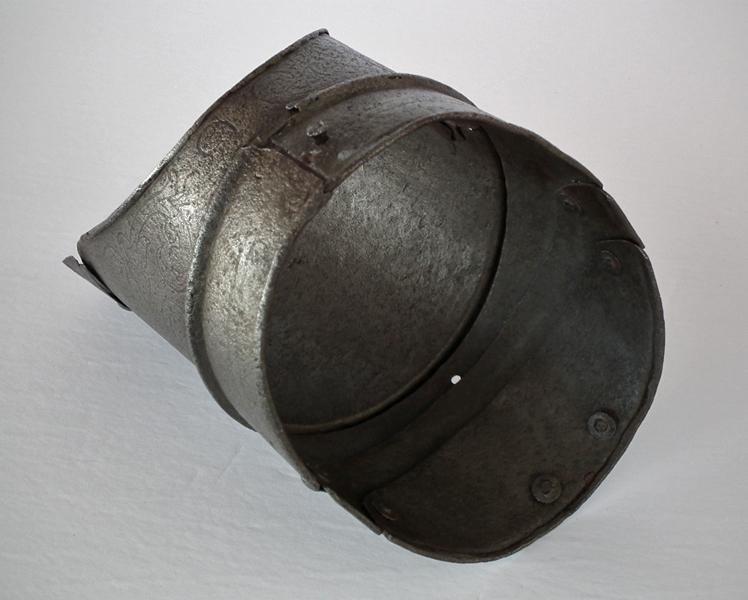 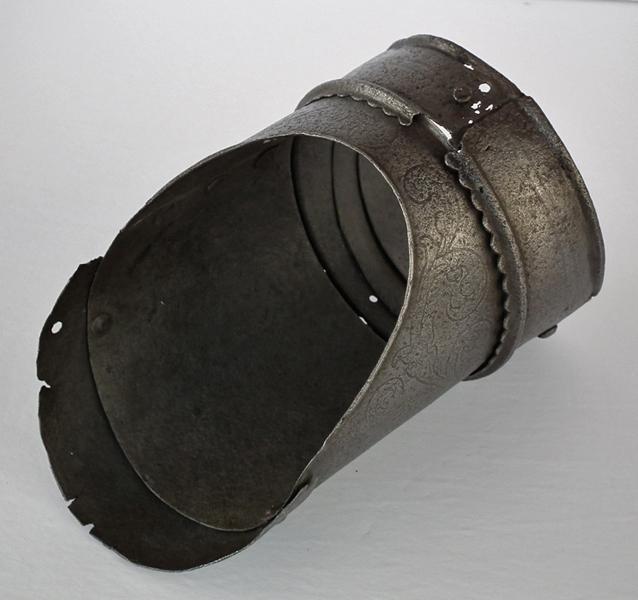 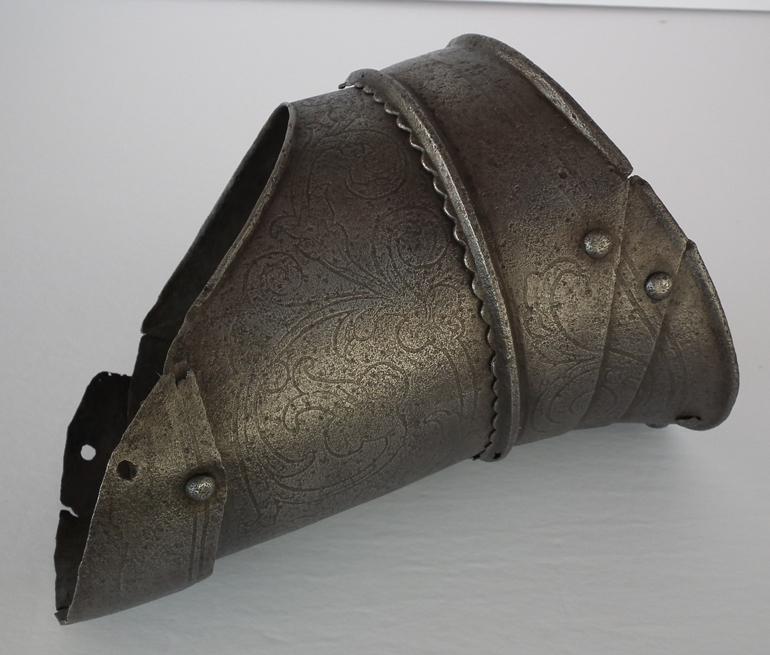 The tulips are one of the characteristic Ottoman decorative motives of the 16th century and frequently appear on Turkish Art during the 16th century such as on Iznik ceramic, metal work, and textiles.
Because of increased relations between the Ottoman Empire and the west, the influences of European military equipment and art on Turkish Ottoman art, and Turkish Ottoman art on European art, were very strong.
European artists and craftsmen were appointed and working in Ottoman Imperial manufactures beside craftsmen from various Islamic countries creating art work with combined elements of western and Islamic motives.
This particular armour is an example of both of these influences and must have been custom made for a member of the Ottoman ruling class of this period of time.
However, there is a possibility that the armour was made in Europe and obtained by Ottomans as war booty, (maybe in the Battle of Mohács), and it is possible that the armor belonged to one of the leading commanders of the Hungarian army, during the Battle of Mohács and the tulips were engraved by the Ottomans and where perhaps the commander could be a very important Ottoman army commander such Sultan Suleiman the Magnificent.

There are many 16th century European arms and armour in the Turkish Military Museum (Askerî Müze) in Istanbul which were obtain by Ottomans as the war booty.